Is this Center being built to solely house the Confederate Monument?

No. The statue and tablets would be one exhibit of many in the Center.

In 2015, the UNC Board of Trustees charged the Chancellor with studying the feasibility of a “public space to house a permanent collection of UNC-Chapel Hill’s history.” The History and Education Center has been a goal since that time.

The Center would be a comprehensive learning and education space that would teach the lessons from Carolina’s long and complicated history as the nation’s first public university. The Center would feature exhibits spanning the University’s 225-year history, covering topics such as the founding of the University, war, slavery, Jim Crow laws, suffrage, civil unrest, as well as hope, democracy, emancipation, civil rights, liberal arts, the rise of the public research university, myriad discoveries and contributions to the teaching and learning in all fields.

It would be a place for departments to meet, to collaborate in and develop programming around and would advance our educational mission with dedicated classroom space and an auditorium with interactive technology. 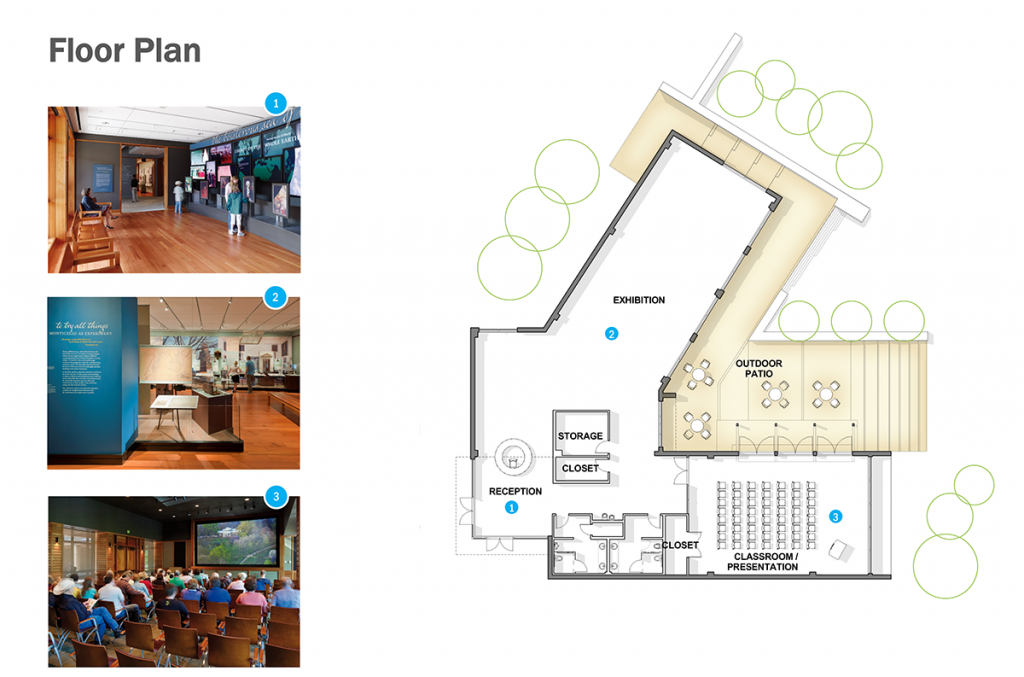 How will the Center be funded?

The University asked the UNC System to place the costs in its budget request to the General Assembly. No student tuition or fees or school budgets will be used to cover the cost of the Center.

If the request is not granted, the University will plan to use non-state, non-tuition funds to pay for the Center.

What are the next steps with this recommendation?

The University prepared this recommendation and full report to meet the charge from the Board of Governors “to propose a plan for disposition and preservation of the Confederate Monument that is consistent with current law, protects public safety, preserves the monument and its history, and allows the University to focus on its core mission of education, research, economic stimulation and creating the next generation of leaders.”

The UNC System Board of Governors will now review and consider the recommendation at their next meeting.

What did the University say about a preference for an off-campus location?

Based on all the University learned from the analysis of public safety and security, feasibility and cost, the University’s stated preference is to relocate the artifacts to a secure off-campus location, such as, but not limited to, the North Carolina Museum of History in Raleigh.

This is the safest option that both preserves the statue and allows for its contextualization and public access. The University acknowledged that while relocating to an off-campus location such as a museum does not comply with the current law, our public safety concerns make it important to continue discussions concerning this avenue, even while moving forward.

During the process the University entertained discussions about many options including the NC Museum of History. (See Appendix B of the Report to review a letter from the North Carolina Department of Natural and Cultural Resources.)  The University was told that a relocation to the Museum was prohibited by current law; if it became legal, additional approvals would be required and costs could exceed $2 million.

Have any legislative attempts been made to change the law?

Yes. Several State Representatives along with a State Senator sponsored bills during the General Assembly’s short session in 2018 to provide the University the authority to permanently relocate the monument into “a secure, indoor location on campus.” No votes were taken.

The report says there has been work by the History Task Force to contextualize the campus. What has already happened?

What did the Safety Panel recommend with respect to creating a Mobile Force Unit for the UNC System?

The University worked with a panel of nationally recognized security consultants (the “Safety Panel”) to assess the security and public safety issues associated with the Monument.

The Safety Panel recommended the UNC System create a mobile force that could be used at any System campus for crowd management for large events, such as protests with opposing factions. This type of crowd management is beyond the scope of the typical day-to-day duties of campus police, and it requires special training in de-escalation tactics at a unit level.

The Safety Panel determined that UNC Police is effective and efficient at discharging its day-to-day law enforcement mission on campus. However, they also said that the nature of college campus protests has changed dramatically. This new dynamic has presented a complex public safety and security challenge for college campus police departments across the country, including UNC Police. The University believes this is an idea worth further review and referred this recommendation to the System’s Board of Governors.