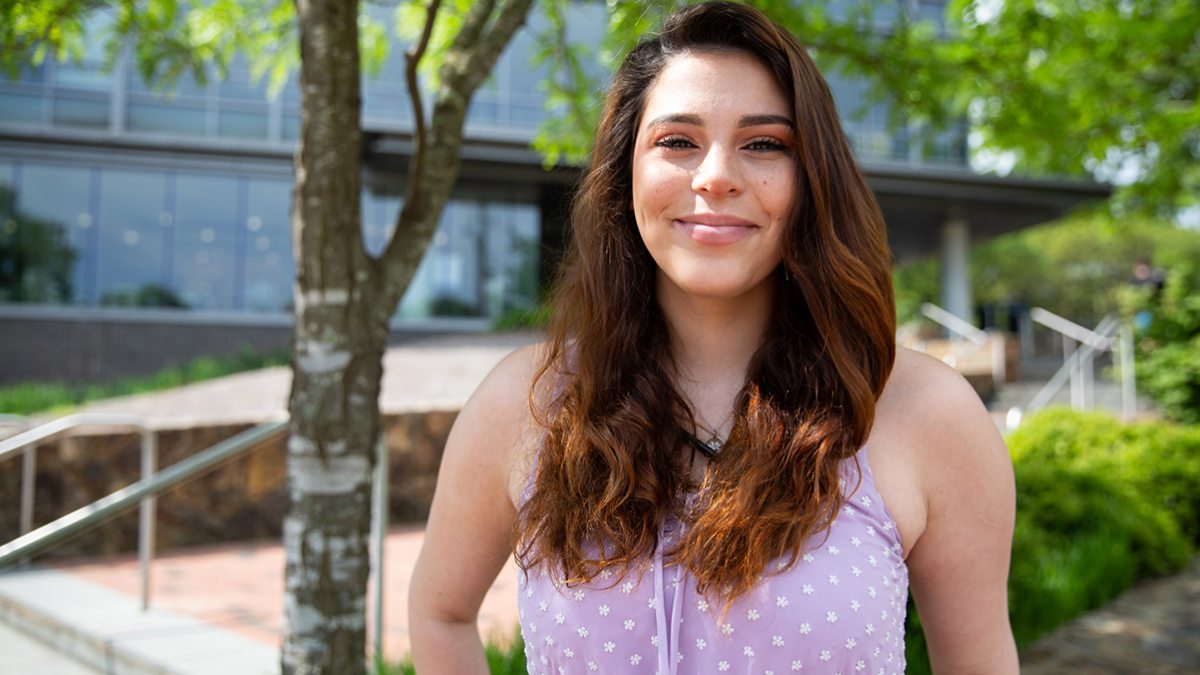 Jamie Ramos had planned on attending a college in the Sunshine State. She didn’t necessarily want to stay in her home state of Florida, but she couldn’t afford to visit colleges farther way.

Then, the University of North Carolina at Chapel Hill invited her to tour campus and she knew that she could call this place home.

While visiting, she learned that she received the Gates Millennium Scholarship, which funds undergraduate education for outstanding minority students.

“That was just kind of the big sign,” Ramos said.

Now, four years later, Ramos is finishing up her career at Carolina. On Sunday, she’ll graduate with a bachelor’s degree in information science and a host of experiences that have helped shape her.

“Carolina has just kind of been my one solid thing that I could rely on,” she said. “It’s been my symbol of growth and opportunity. I’ve already achieved a lot more than I ever thought I would.”

At Carolina, Ramos became a McNair Scholar, which helps prepare undergraduate students for doctoral studies, and she traveled outside the United States for the first time.

In the summer of 2017, Ramos received a grant from Carolina’s Center for Global Initiatives, which funded her travel to Dublin and Berlin, where she visited several different startup companies. The center helped with every step of that trip, from obtaining her first passport to arranging the itinerary.

“I don’t like to say that they just funded my experience,” she said. “They really held my hand through the whole thing, because even if you’d given me all the money, I would have had no idea what I was doing.”

A little over a year later, Ramos was ready for another overseas adventure. In fall 2018, she spent a semester at King’s College in London, a city she had dreamed of visiting since she was a child. While there, Ramos said she felt that she lived like a true Londoner and was able to learn more about herself.

“I’ve seen Jamie grow tremendously in her time at UNC. She has a new kind of confidence in herself to navigate uncertainty and embrace new experiences and environments,” said Katie Costanza, the communications manager for the Center for Global Initiatives. “In the same way that she’s recognized the importance of pushing herself, she takes every opportunity to empower and inspire those around her to do the same.”

Since her experience abroad, Ramos has spent as much time as she could at the Center for Global Initiatives office, helping other students take advantage of study abroad.

In the fall, Ramos will attend the University of Washington in Seattle to pursue a master’s degree in information science.

“I’m really appreciative of all the opportunities I’ve been given,” Ramos said.