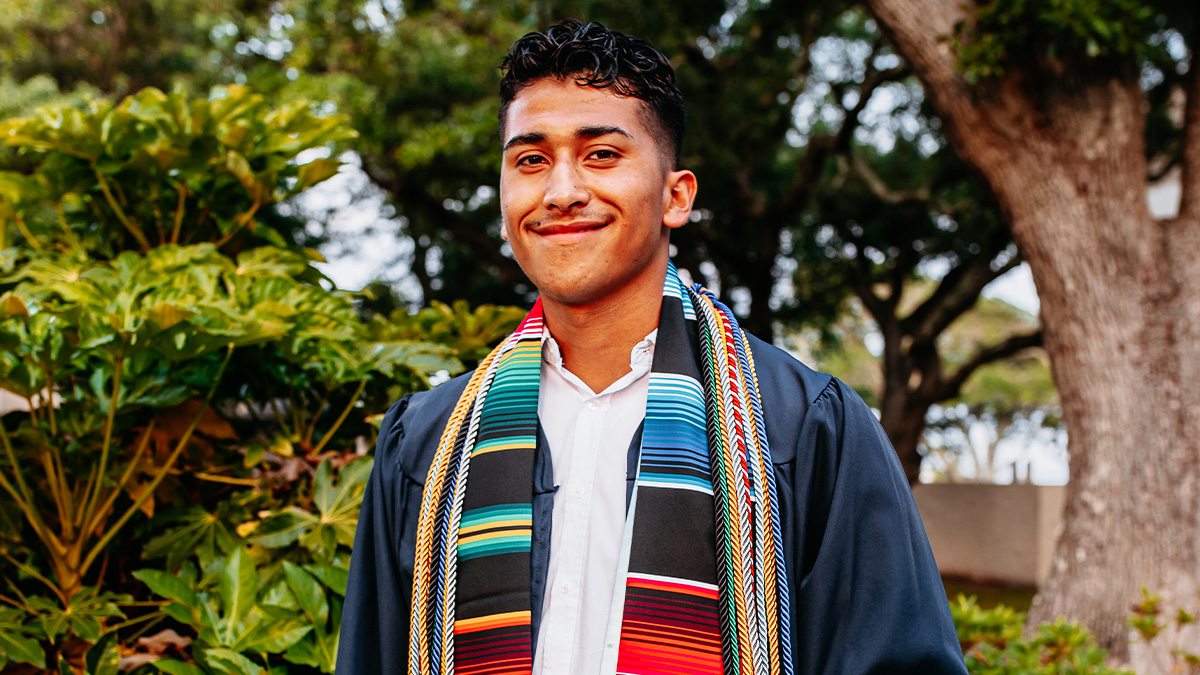 As he prepared to graduate from high school, Orlando Hernandez wanted to go to a four-year college but wasn’t sure how to make that dream a reality.

“College was something I always wanted to go to, but I never really had a guide on how to do it or how the process works,” he said. “It was always kind of an unknown.”

He started by enrolling at Carteret Community College in Morehead City, North Carolina, right after high school because he wanted to keep his tuition bill low and he didn’t want to waste any time with his education.

Hernandez was in his first semester when a coworker told him about C-STEP, a Carolina program that prepares high school and community college students from North Carolina to transfer to UNC-Chapel Hill through resources and guaranteed admission after earning their associate degree and maintaining at least a 3.2 GPA. He applied immediately, and after two years at Carteret Community College, Hernandez recently transferred to Carolina as a junior, ready to earn his bachelor’s degree in biology.

C-STEP, he says, was the key step in making that path a reality because the program gave him guidance and support as well as a network to rely on.

“It’s incredible and makes you look one step forward,” Hernandez said. “It helps you look further into your future.”

Hernandez knew he wanted a health care career, so his C-STEP academic advisor helped him plan his course load around the end goal of earning a biology degree from Carolina. The network of people through C-STEP, including other future Tar Heels in the program, connected him to Carolina without physically being in Chapel Hill.

“It was awesome having a connection with students who are going through the same process as you. It is really helpful because you’re in the same boat,” he said. “You’re all trying to figure it out together, and once you get to Carolina, you have a little community to rely on.”

After he finished his associate degree this past spring, Hernandez said he was nervous about moving from community college to Carolina. C-STEP advisors and tutors are helping make that transition easier.

“It was very nerve-wracking because I was worried about the academic rigor that UNC brought on,” he said. “It’s a whole different speed of things. It’s huge being able to talk to someone who knows what the transition is like, knows what Carolina is like.”

Now in Chapel Hill, Hernandez is eager to take part in the timeless Carolina traditions of photos by the Old Well and hopefully rushing Franklin Street this year. He’s also excited to pass his knowledge on — both on campus as a member of the C-STEP leadership group and in his community — and be the guide he was looking for as a teenager.

“I can serve as a beacon not only for my family but family friends whose kids are still in high school and middle school. I can begin to be a guide for them.”