For a century, the Carolina Coffee Shop has been a Chapel Hill staple for generations of Tar Heels and town residents, and after 100 years of continuous service, the institution is looking toward the future with UNC-Chapel Hill alumni at the helm.

“Carolina Coffee Shop has been a gathering place for 100 years for students, alumni and townspeople, and almost everyone has a story about the restaurant,” says Jeff Hortman ’06, one of the co-owners. “We love Carolina Coffee Shop because it’s a casual, warm place that’s as iconic as Franklin Street.”

The restaurant opened in 1922 at 138 E. Franklin St., which was the former location of Carolina’s student post office. Initially, it functioned as a soda shop, then pivoted toward serving meals in the 1950s. 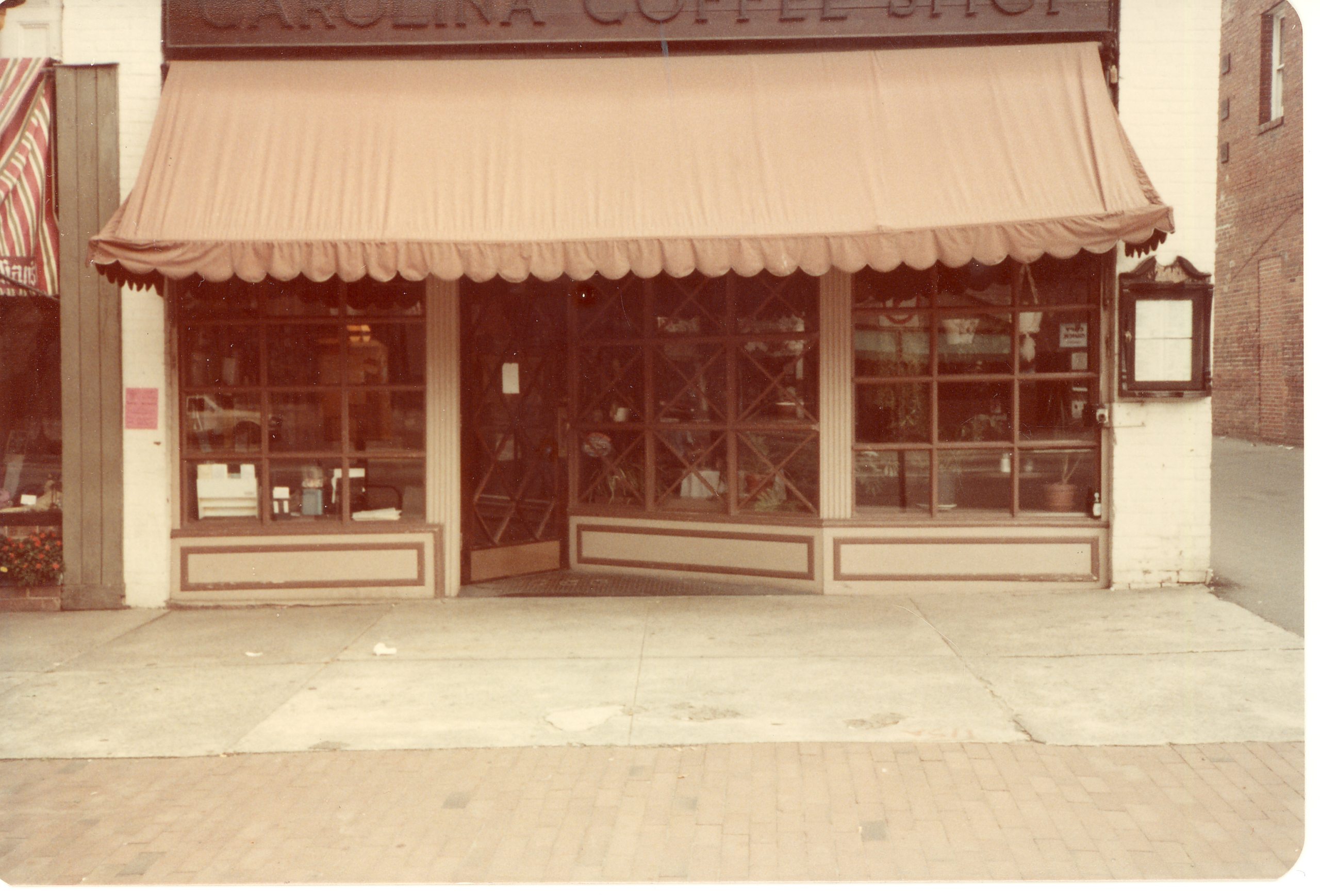 For almost 50 years, local businessman Byron Freeman operated the restaurant. The wood paneling, high-backed booths and classical music that played over the radio created a casual atmosphere for people to gather and read, study or talk.

“Julian’s was originally at 140 East Franklin Street where Carolina Coffee Shop’s café, ‘1922,’ just opened,” Fox says. “We constantly walked back and forth from the store to the restaurant, so my whole family has so many memories there.”

Julian’s, which is celebrating 80 years on Franklin Street, moved across the street in 2007, staying within sight of the restaurant. Fox says the two are anchor points for the town and consistent landmarks for returning alumni.

“Despite the numerous changes that have occurred on Franklin Street in the last 100 years, Carolina Coffee Shop is still in the exact same spot serving food to Tar Heels,” Fox says. “Carolina Coffee Shop has always been the restaurant that bridged the gap between students, townspeople and alumni, which explains its longevity.” 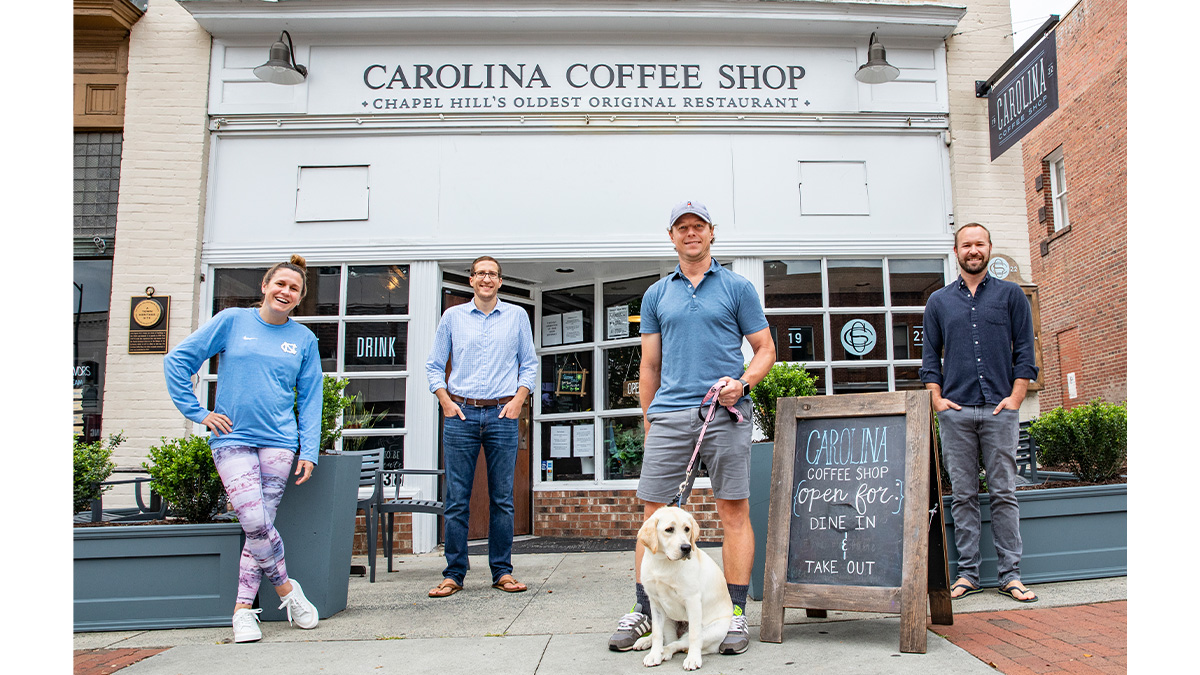 Several Carolina alumni owners of Carolina Coffee Shop pose for a portrait on Franklin Street in Chapel Hill. Pictured from left to right are Heather O’Reilly ’07, Clay Schossow ’08, David Werry ’06 with 9-month-old Frankie and Jeff Hortman ’06. They bought the restaurant in 2017 in the hopes of keeping its traditions alive well past the 100th anniversary. (Johnny Andrews/UNC-Chapel Hill)

“This is our first foray into owning a restaurant, but when we heard that it was for sale, we felt a responsibility to continue the now 100-year tradition that means so much to all Tar Heels,” Hortman says. “We opened ‘1922’ [next door] this year as part of our centennial celebration and as a space where people can casually hang out, drink coffee and study without feeling rushed.”

Meanwhile, a new generation of Tar Heels are going to Carolina Coffee Shop for the first time to make new memories they’ll share one day.

“When we took over, we wanted to make sure future Carolina students got to experience what we did at Carolina Coffee Shop,” Hortman says. “We’re hoping for another 100 years after this.”