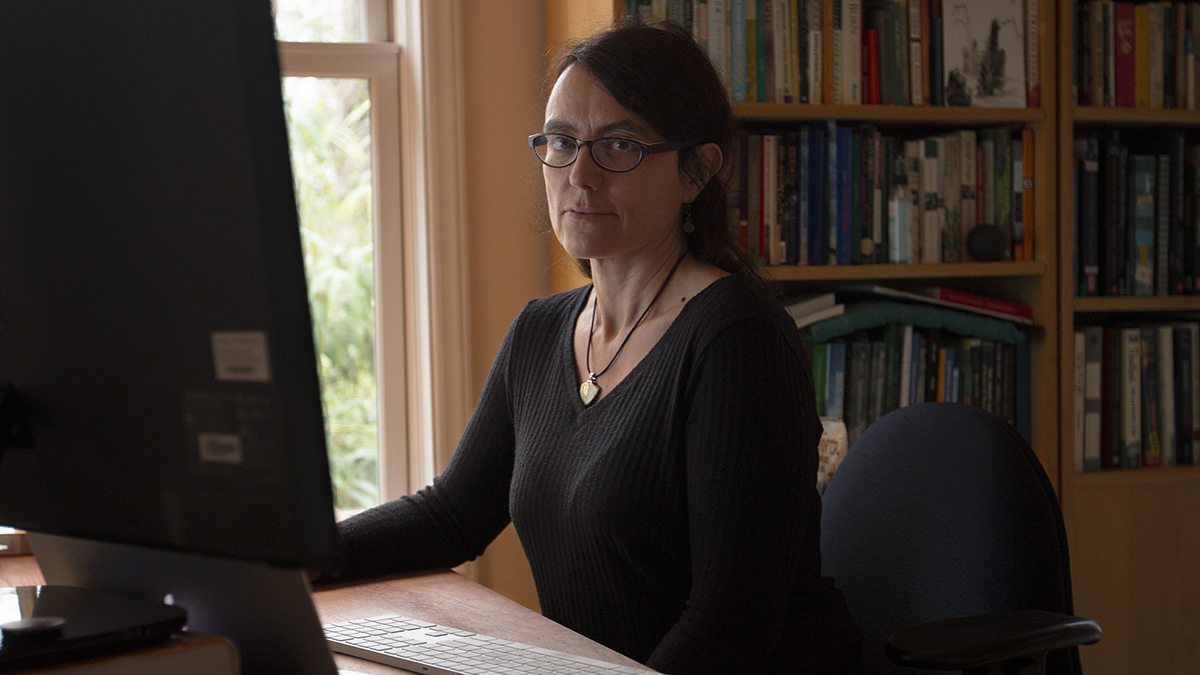 “Attention is the rarest and purest form of generosity,” wrote Simone Weil, a French philosopher and labor activist from the 1930s — and the subject of documentary filmmaker Julia Haslett’s first feature-length film “An Encounter with Simone Weil.”

In this quote, Weil considers humanity’s innate responsibility to help those in need, filling up volumes on the concepts of empathy and suffering before dying of self-starvation at age 34 in solidarity with those in Nazi-occupied France. It put into words what Haslett felt while working on a different project one year prior.

As a filmmaker-in-residence at the Stanford University Center for Biomedical Ethics, Haslett co-produced and co-directed a short film series, “Worlds Apart,” examining sociocultural barriers in health care. The hundreds of patients she interviewed for the series, despite their unique stories and distinct backgrounds, all had one thing in common: They wanted someone to listen.

“That one thing kept coming up,” said Haslett, an assistant professor in the College of Arts & Sciences communications department. “That at the end of the day, what they wanted more than anything else from their doctor is to feel like they were being listened to.”

About a year after leaving Stanford and relocating to New York City, she stumbled across Weil’s quote and her volume of work.

“That quote resonated for me because of my work on ‘Worlds Apart,’ and also just more generally with what I observed in the world,” Haslett said. “As a documentarian, you’re asked to listen to the stories and experiences of others and transform them into something through story. All you really can offer is your attention.”

Still inspired by Weil’s words, Haslett’s work continues to draw attention to people who may have been otherwise overlooked, bringing a sense of empathy and understanding to her viewers. Now, in her newest feature-length film, “Pushed Up the Mountain,” she links two countries separated by over 7,000 miles and hundreds of years of cultural divides, eliminating the distance between their citizens, even from across continents.

Haslett has studied and worked in the U.S. since high school, but she regularly visits family in the U.K., which continues to influence her life and her films. She found the inspiration for her latest film in her godfather’s rhododendron garden in the Scottish Highlands.

While there, she met a group of conservationists spending the weekend classifying its plants. She decided to make a whimsical short film about these people who’ve dedicated their lives to the rhododendron, but in the process, she learned those plants had been brought from China — a nation with over 30,000 native plant species to the U.K.’s 1,400 — over a hundred years ago.

“But when I was encountering them, in the early 21st century, they were endangered in China because of development, overexploitation, and climate change,” Haslett said. “So people had started to reintroduce plants from Great Britain back to China, to help supplement the plants that were endangered there. Something about that trans-historical, transcultural return was fascinating to me.” The project expanded from a short about a Scottish garden to a feature-length film including the complex history, culture, and traditions of nature conservation in a country of 3.7 million square miles.

The film follows conservation biologists in both Scotland and China including Geng Yuying, a Chinese botanist who helped found the Huaxi Subalpine Botanic Garden — which focuses on cultivating these endangered plants in China’s Sichuan province. Married to a Scotsman, Geng had to travel to Edinburgh to study these plants native to her home country.

Through Geng, Haslett explores the challenges and philosophy of conservation, including Geng’s struggles to secure funding for her research on a little-known, little-cared about plant found only in China’s remote mountains. The film documents attempts to connect the rhododendron to the more charismatic and famous panda bear to generate more interest — and therefore more funding — in the plant’s conservation.

“If a species or genus has people advocating for it, its likelihood of survival is increased,” Haslett said. “At the same time, that raises these big questions. Who are we as humans to be deciding what gets to survive and what doesn’t?”