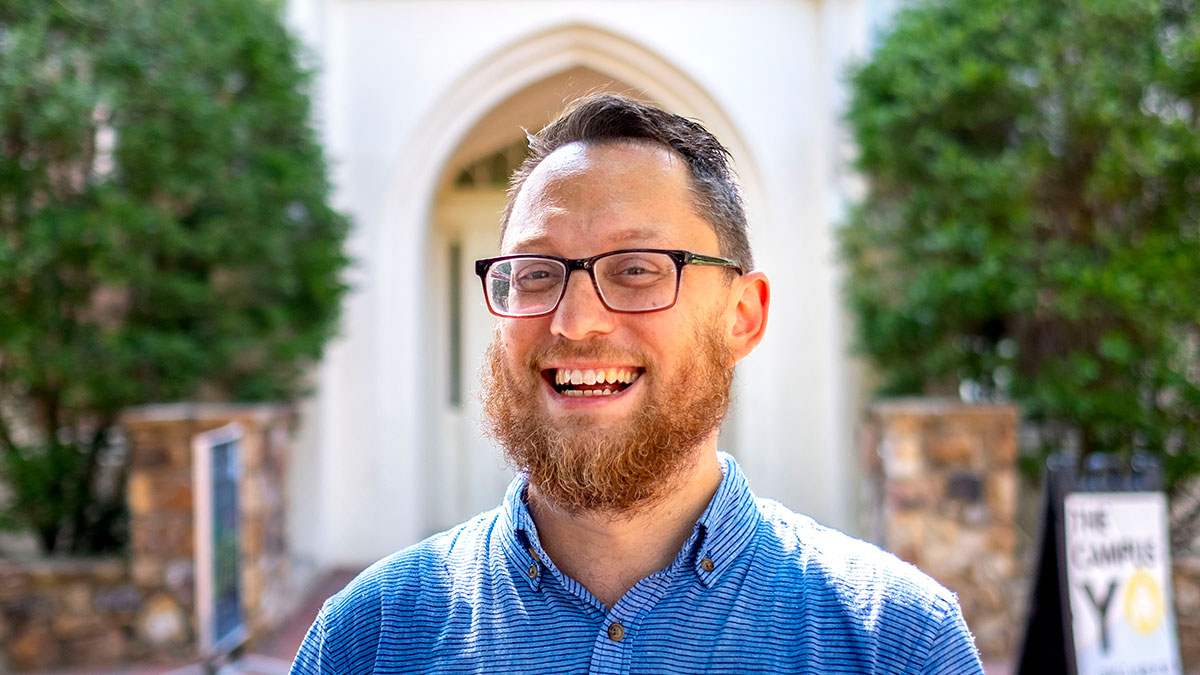 Mike Levine grew up in a seaside community in New Jersey best known as the birthplace of Bruce Springsteen. His dad was a music instructor who played the alto-saxophone and conducted the local concert band.

It was a given that when he became a teenager, he would start a terrible rock band in his garage.

“I grew up surrounded by music,” Levine said. “It was a big fixture in my life. Everything seemed to be one degree of separation away from me playing the bass, so music was just what I did.”

His interest in music eventually took him to some interesting places. First, he went to Manhattan, where he studied music technology and found a part-time job composing ringtones for cell phones. Then he headed to Brooklyn, where he linked up with the band he still performs with today. Eventually, he made it to Carolina, where he found an opportunity to travel to Cuba.

A doctoral candidate in the College of Arts & Sciences’ music department, Levine studies the Cuban music scene and how artists distribute their music through something called “the sneakernet,” Cuba’s grassroots alternative to the internet.

A group of Cubans illegally load up a selection of the week’s greatest movies, albums, web pages and news stories onto USB sticks — called “el paquete semanal,” or the weekly package — and deliver them door to door. Thepaquete semanal gives Cubans access to digital content they couldn’t otherwise consume because of spotty internet access and state-owned media.

“It’s a treasure trove,” Levine said. “It’s huge — millions of people use this as their primary means of finding new entertainment and information within the island.”

“Cubaton,” a musical style influenced by Reggaeton but with uniquely Cuban rhythms and sounds, is booming on the sneakernet. So, Levine is talking to everyone involved, from the artists and the distributors to the families who slip $5 through a cracked door for the package.

“Cuba, in general, is a petri dish for new musical styles, but I find Cubaton fascinating because it doesn’t really have a place to be distributed outside of this particular homegrown internet space,” he said. “If there’s one thing you can say about Cuban folks, they’re some of the most resourceful and creative people you’ve ever met.”

Levine works with his advisor, Cuba expert and music professor David Garcia, to understand Cuba’s IT revolution and how Cuban music finds its way through the “people-powered” internet. But his research is about more than music — it’s also about rethinking the internet.

“I’m very interested in how folks remake digital tools to celebrate their own personal expression in ways that are perhaps unexpected,” he said. “I think this opens up the idea of alternative but equally viable ways of interacting with the internet that perhaps we’re otherwise ignoring or taking for granted.”

The resources at Carolina, Levine said, has been critical to making his research a reality.

“My project is intentionally interdisciplinary, so one of the reasons I loved coming to Carolina was because you have great resources not just in musicology, but also in digital humanities and internet studies and Latin American studies and African American studies,” he said. “I would be losing very important parts of what I’m studying were I not to bring those voices into my work, and at Carolina, all these different voices find a home.”