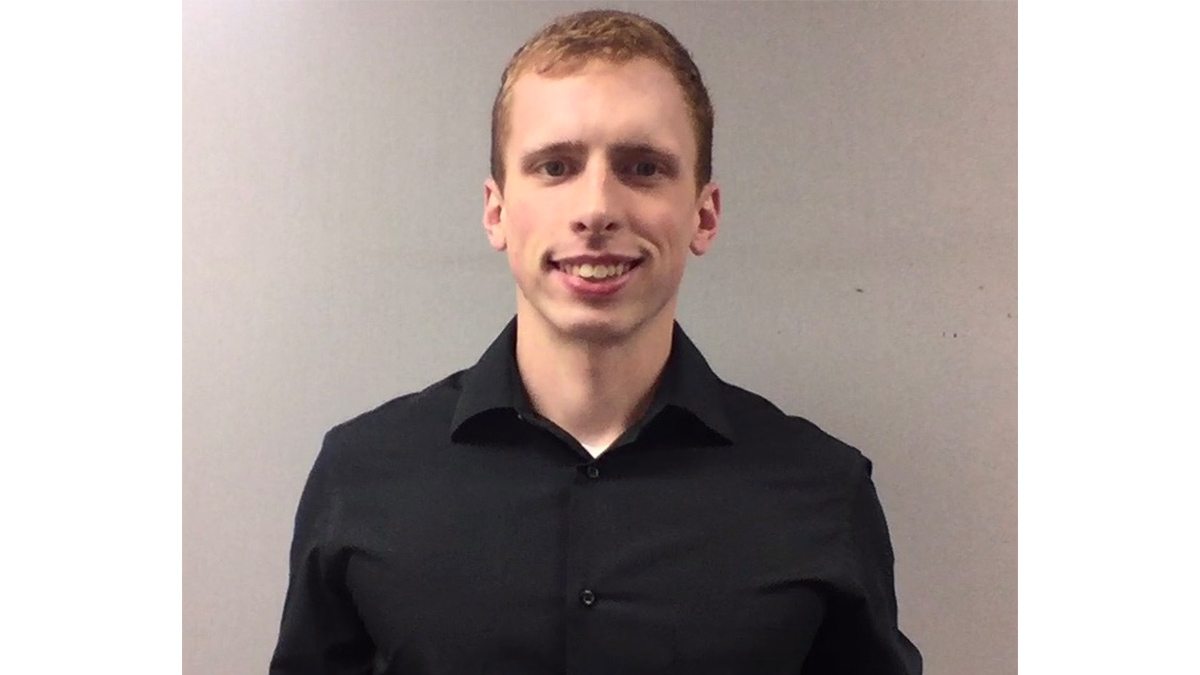 Tim Sloan enrolled at Carolina after a career in the Marine Corps and multiple years overseas, thinking he’d earn a degree and either return to the military as an officer or rejoin the government in some other capacity.

The Carolina experience, however, was different than what he expected and it fostered a sense of curiosity that led to new experiences and simply “seeing what happens.”

His philosophy led him to compete in his first boxing match for Carolina Boxing, running marathons with the University’s Marathon Team, traveling to Greece to compete in the Spartan Race Trifecta World Championships,  pursuing new academic interests and entering into an entirely different career path than he had expected.

Instead of graduating with a degree in exercise and sport science as he had initially planned, Sloan graduated from Carolina with a bachelor’s degree in English and comparative literature and peace, war and defense, with a minor in Russian culture. And instead of returning to the military, he’ll teach middle school English in rural North Carolina.

“I decided I was going to continue to serve the community in a different way,” Sloan said.

‘A BP in the middle of Afghanistan’

Sloan’s military service started six days after graduating from high school. His enlistment in the Marine Corps was motivated by what, at the time, was expected to be the closing chapters of the war in Afghanistan. After his initial training in Parris Island, South Carolina, and a short stint stationed at Camp Lejeune in Jacksonville, North Carolina, Sloan deployed to Afghanistan for eight months as a bulk fuel specialist in 2013.

“The simplest way to think about it is we were a BP in the middle of Afghanistan with a giant gun right next door,” he said. “We supported the other elements. There was that artillery unit — that giant gun next door — that we supported. We supported the infantry going out and the tank platoons as they were doing their things. Our job was just supporting other Marines. When it comes to my service, I’m very proud of what we did. I know I gave it my very best.” 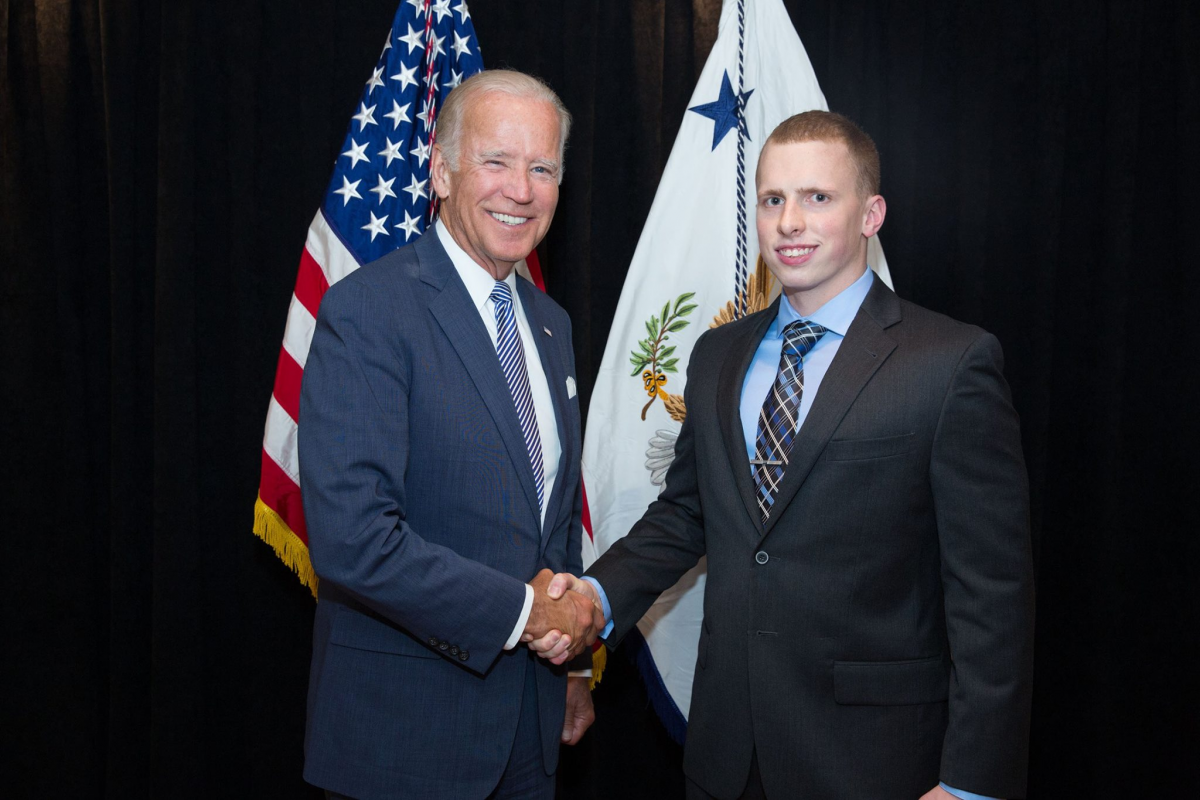 When his first deployment came to an end, he wanted to remain abroad, so he changed specialties to provide security at U.S. embassies around the world. He was stationed primarily in Kazakhstan, South Africa and Kosovo, but also traveled to other countries, including Lithuania and Albania. The main elements of that job were protecting ambassadors and visiting government officials, including then-Vice President Joe Biden.

Then, after three more years abroad, Sloan transitioned out of the Marines and returned to his hometown of Winston-Salem, North Carolina, to reconnect with his family and prepare for his next chapter, which began with enrolling at Carolina in 2017. His transition back to life in the United States, however, was more difficult than he had anticipated.

“I had underestimated the difficulties of it,” he said. “I needed time to reconnect with the United States in ways that I had not foreseen happening. I really overestimated how quickly I would be able to adapt, especially from the military mindset to a college mindset. It was a little bit more of a struggle adapting to being in college than I thought it would be.”

After a quick lunch with a friend at Suttons on Franklin Street, Sloan was introduced to a new outlet on how to examine and reflect on his experiences returning home. His friend needed to visit one of his professors, Hilary Lithgow of the English and comparative literature department, and Sloan accompanied him and was introduced to Lithgow, who recommended writing about his military experiences.

Sloan decided to give writing a shot.

“I just kind of fell into it,” Sloan said. “She was running a veteran writing workshop a few weeks later, and I attended, and it was really interesting. A few months later, I took “Intro to Fiction Writing” and some other English classes and really liked them. It just turned into a second major.”

Picking up the major extended Sloan’s academic career by a year, but it was worth it. It allowed him to develop and write a collection of 11 short stories on fictional characters returning to the United States after having deployed overseas, a narrative he was grappling with in his own life. The project, Sloan said, was therapeutic, even though he initially hesitated at writing anything about the military.

“It was a very personal thesis,” he said. “It’s supposed to channel that feeling of coming back to a world that is largely unrecognizable in many ways.”

Those short stories, which became his senior honors thesis, will soon be stored in the Carolina Digital Repository. Sloan is proud of his accomplishment, but he knows he didn’t do it independently.

“I’ve been very humbled because I realize it’s not something that was just a natural talent of mine,” Sloan said. “It was fostered by a lot of professors. So, while I’m very proud of my work, credit is due to them because I would not have come as far without their guidance and without them encouraging me.”

Just like faculty members such as Hilary Lithgow and Daniel Wallace fostered Sloan’s newfound passion for writing, Sloan hopes to pass it on to a younger generation as a teacher at Henderson Collegiate Middle School in Henderson, North Carolina.

“It felt like it’s the thing to do, to give back to the community that has been encouraging me over the last four years,” he said. “If I can do that for someone else and channel that energy that was given to me, that’d be a really awesome thing. Teaching felt like the right way to move forward and reflect on the good that was done to me and give it back to the community.”