Tom Diaz is fascinated by space.

The UNC Eshelman School of Pharmacy Pharm.D. student is specifically curious about the thought of medicine in space. His mind is often pondering how medication dosing may be different for astronauts and how medications may be altered in little gravity.

“It fascinates me that human physiology is significantly altered in a microgravity environment. Most aspects of pharmacology are altered in this unique environment, including medication absorption, distribution, and possibly even elimination,” Diaz said. “There are also other stressors in a space environment that may have debilitating effects on astronauts, such as radiation on the cardiovascular system, isolation on mental health, and of course microgravity on muscle mass and bone mineral density,” Diaz said. “I believe that preventative/prophylactic pharmacological measures will soon be established to ensure that astronauts are properly protected in space.”

Diaz, president of the Class of 2024, said his interest in aerospace medicine began in 2019 after hearing of an astronaut that had a blood clot while on the International Space Station.

“A female astronaut was performing a routine ultrasound aboard the ISS when she noticed an abnormality in her left internal jugular vein. NASA actually reached out to a UNC physician to assist in prescribing a medication regimen for the astronaut to take. It was then that I realized that pharmacist intervention for space flight will definitely be a thing in the coming years, especially with increased space tourism and NASA’s desire for extended trips to space.”

After hearing of the physician’s story, Diaz knew a career path in aerospace medicine was feasible, so he utilized his resources at the UNC Eshelman School of Pharmacy to figure out how to get started. 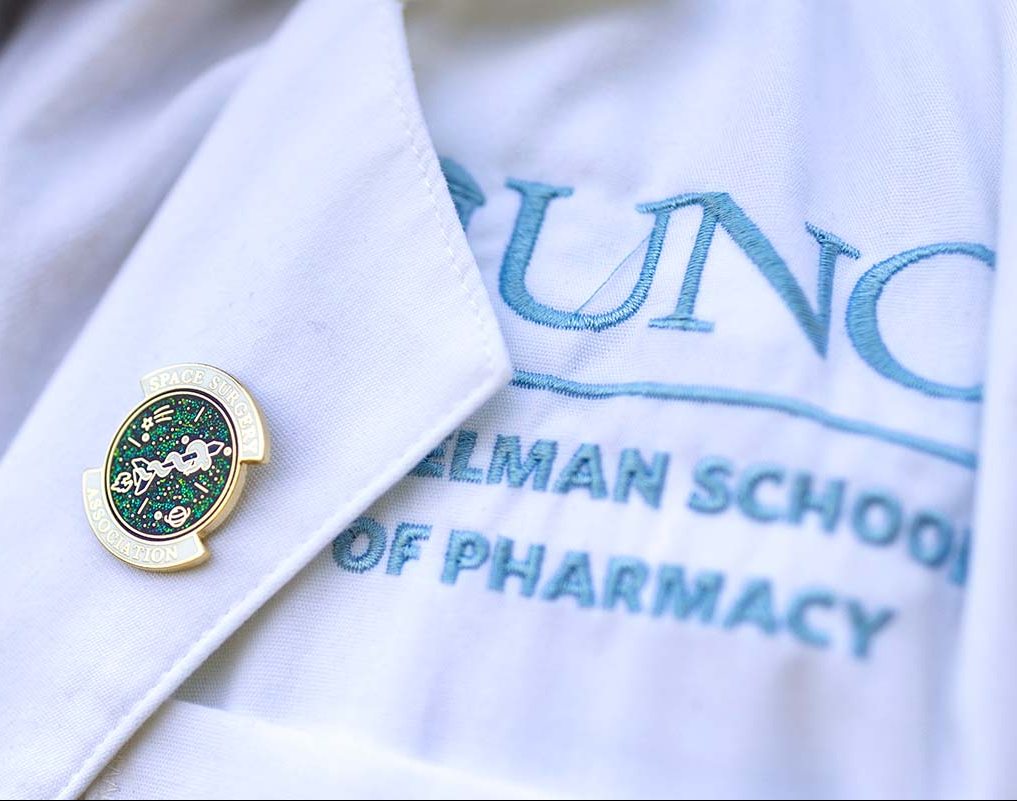 “When Tom was a first-year pharmacy student, he reached out to me to discuss career opportunities and shared that he had a strong interest in aerospace medicine. That was not an area that I knew much about, but I provided some suggestions about the role that professional organizations and networking can play in career development and introduced him to some colleagues with similar interests. Tom immediately began developing his aerospace medicine network by joining organizations, meeting others in the field, applying for scholarships, identifying researchers, and attending conferences. His passion for this nontraditional pharmacy career is evident and Tom has a bright career ahead of him!” Scott said.

Since expressing his interest in the career path, Diaz has taken Scott’s advice, becoming involved in the Aerospace Medical Association, the Aerospace Medicine Student and Resident Organization, as well as a NASA-funded research lab at Duke University.

He’s also incorporated an aerospace focus into his UNC Eshelman School of Pharmacy projects, including his Research and Scholarship in Pharmacy pathway work, which focuses on finding connections with increased coagulation after exposure to space radiation. He’s building upon the work of his mentor, Dr. Dawn Bowles of Duke University, which analyzes biological markers in mice after they are exposed to simulated space radiation.

“I want to identify potential medications that may prove to be efficacious in preventing these cardiovascular risks,” Diaz said. “This research may also shed light on why the female astronaut developed a blood clot in the ISS in 2019.”

Because of his interest in space biology and space medical operations, coupled with his academic excellence, Diaz is this year’s recipient of the Space Medicine Association Medical and Graduate Education Scholarship. He received the award at this year’s Aerospace Medical Association Conference in late May. At the conference, Diaz said he was able to meet and network with several aerospace pharmacists.

After graduation, Diaz plans to apply for a residency focused on cardiology. He also plans to join the Air National Guard with hopes of participating in the Aerospace Medical Service division. Ultimately, he said there are several pharmacists employed by NASA currently and he aspires to join them at the Johnson Space Center one day.

“Through my adventures and exploration into this field of study, I hope to advocate for the future of our species by learning about and educating patients, pilots, and astronauts about the health risks, implications, and dangers associated with space flight,” Diaz said. “I hope to promote patient safety and safe medication usage in all types of patients.”

Learn more about the UNC Eshelman School of Pharmacy