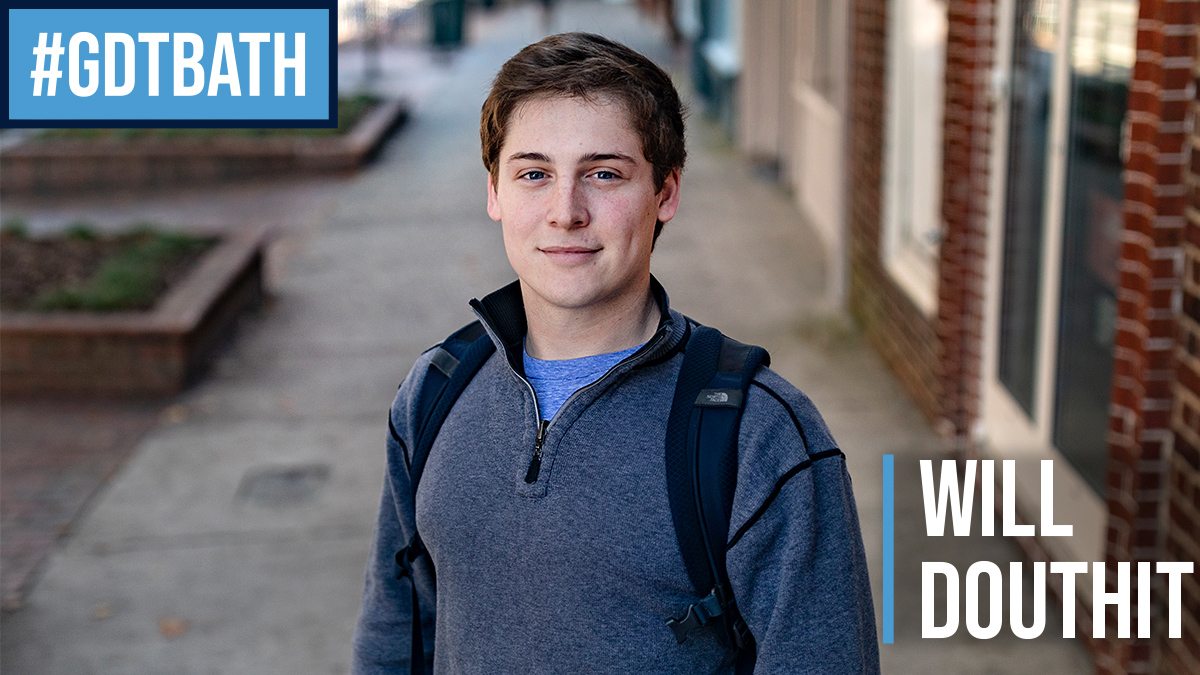 For many people living paycheck to paycheck, the line between having a roof over their head and being homeless is thin. The cost of a surprise car repair to get to work or a sudden medical expense at the wrong time could leave a family with nowhere to go when rent is due.

A one-time financial lifeline can be all it takes to keep a family from teetering off that edge.

Carolina senior Will Douthit and his fellow Tar Heels behind the Carolina Homelessness Prevention Initiative are stepping in to provide that critical assistance for Orange County residents.

The initiative works with community partners to provide diversion funding for those in need of one-time emergency funds. Since launching in 2017, the group has helped more than 100 community members when they needed it most. The flexible diversion funding, Douthit said, is safer and more sustainable than entering an emergency shelter or the rehousing system.

“We provide for individuals who have become homeless in the last two weeks or may experience homelessness in the next week,” said Douthit, who is studying business administration at UNC Kenan-Flagler Business School. “These individuals are already self-sustaining and on their feet, but they run into a one-time cause. It could be anything from a parking ticket to, in the worst cases, an abusive relationship where the mother has to flee.”

The ability to have that direct impact in the community is what led Douthit to Carolina Homelessness Prevention Initiative as a first-year student. Then called Focus on Franklin, the group was dedicated to telling the stories of Chapel Hill’s homeless population to encourage donations.

The mission stuck with Douthit. He also knew that he was part of the equation that has led to local residents needing the support and was looking for a way to give back.

“Before we got started, over the last decade, homelessness in North Carolina was actually decreasing but was increasing in Orange County,” he said. “That’s not a coincidence. That’s because the mere presence of students jacks up the rent prices and makes it difficult for others in the area to sustain a living wage on a comfortable income.”

“They made it clear what the current gaps were in the system,” said Douthit, who is the president of the student group. “One of the main ones was diversion funding. That is where that niche of student collaboration and organization could actually provide a valuable service without having to go through the red tape that a typical nonprofit organization would go through.

“It just got started, and it became something bigger than any of us anticipated.”

Under the new name of Carolina Homelessness Prevention Initiative, the team began fundraising, and in Douthit’s first year with the group, they raised $18,000. The effort filled the entire diversion gap in Orange County for the year.

In close partnership with the Orange County Partnership to End Homelessness, they’ve been able to get those funds directly to residents, whether it’s a $50 grocery voucher that keeps food on the table for a week or a $1,000 check to pay the rent. No case is the same, and no one solution applies to everybody, Douthit said, but the cost to keep somebody off the street is lower than it might first seem.

Douthit remembers a teenager who came across their list for diversion funding. He had a job and his own apartment, but when a relative stole his savings, he couldn’t pay his rent. For $250, the program was able to help him stay afloat until his next paycheck arrived.

“It’s just crazy how thin the poverty line can be and what just one donation can do to someone’s life,” he said.

Douthit, a native of Wilmette, Illinois, is proud of the support he’s been able to provide for members of his adopted community. The impact, he said, has gone far beyond what he expected three years ago.

“It touches you and makes you feel good that you can make an impact on the community that you care so much about,” he said. “We’re really fortunate that we’re able to have resources and connections to provide these funds.”