As a large public university, UNC-Chapel Hill has many opportunities for students to get involved in research, but it is not every day that an undergraduate student has his own work published in a scientific journal. Alumnus Will Larsen ’18 was able to navigate undergraduate research with a scientist in the Galapagos during his time at Carolina, after stumbling upon UNC Center for Galapagos Studies. The opportunities he was afforded in the Galapagos allowed him to explore his passions for science and the outdoors.

Now, three years into the Masters of Earth, Environmental and Planetary Sciences program at Rice University, he has officially published a paper on his research in the Galapagos Islands.

He grew up camping, backpacking, kayaking, climbing, and hiking at his home in Charlotte, North Carolina. For him, working in science is a dream job. “You can spend a month in the field bushwhacking through the thick rainforest and then the next year analyzing samples in the lab. As an outdoors enthusiast I am at home outdoors, and as a chemistry enthusiast I am at home in the lab,” said Larsen.

While at Carolina, Larsen worked part-time at the outdoor center, now known as Carolina Adventures. “Being able to share a deeper understanding of the natural world can help someone else appreciate nature. Leading group trips was an outlet for me to combine my two passions,” he said.

To supplement his time at Carolina Adventures, he worked in the lab of ecologist Allen Hurlbert. That summer, Larsen secured an NSF research grant through Hurlbert and volunteered in the lab full time conducting caterpillar surveys around Chapel Hill and coding a database of population data from all sorts of different papers. He practiced his coding, a skill he recommends to any young scientist. “Coding is like learning a new language. It is going to be terrible until it is not,” said Larsen.

Larsen started his college journey in the biology department. “I realized that chemistry is the coolest part of biology,” he said.

He then switched gears one more time when he decided to major in geology, volunteering in geologist Drew Coleman’s radiogenic isotope lab. 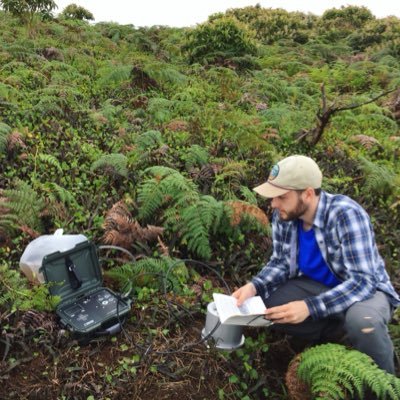 After gaining some experience, Larsen applied for an undergraduate research fellowship in the Geology department and decided to apply to go to the Galapagos to take data samples. He contacted Diego Riveros-Iregui from the Department of Geography.

“I asked him if I could just…follow him around,” Larsen said.

To Larsen’s surprise, Riveros-Iregui agreed. “Will Larsen first contacted me in the spring of 2017 and expressed interest in traveling to Galapagos to conduct a field experiment. When he reached out to me, he had already designed the experiment and found the funding to travel, which struck me as quite a mature approach in such a young student. I was further impressed by his clear understanding of geological processes and interactions between water and rock,” said Riveros-Iregui.

Larsen described his work in the Galapagos as the most impactful experience in his scientific career. “

While Riveros-Iregui shared with me the vast knowledge he had about earth systems, he also outlined the process of undertaking an earth science research project from fieldwork to writing and publication. Besides gathering data on the landscape via personal observations, he showed me the importance of interviewing local farmers about their observations. As visiting scientists, we have so much more to learn from the people who have spent their lives observing the land and have a deeper connection and understanding of it,” said Larsen.

Larsen was able to observe Riveros-Iregui in the field.

“Everyone gets null results,” he said. “Diego was casually talking about it, and within minutes, discussing ways to improve the data samples to get a story out of it. He is a great scientist and mentor, particularly because he is able to explain things quickly and succinctly.”

Larsen’s project in San Cristobal focused on understanding patterns of dissolved trace metals to “help us track heavy metal contamination from mine drainage or industrial waste,” he said.

The Galapagos was a pristine environment with negligible contamination, so this result gave him a baseline for naturally occurring trace metal patterns. Larsen’s measurements spanned a wide range of chemical conditions under which trace metals “behave” differently, which helps other scientists interpret their measurements in impacted areas. 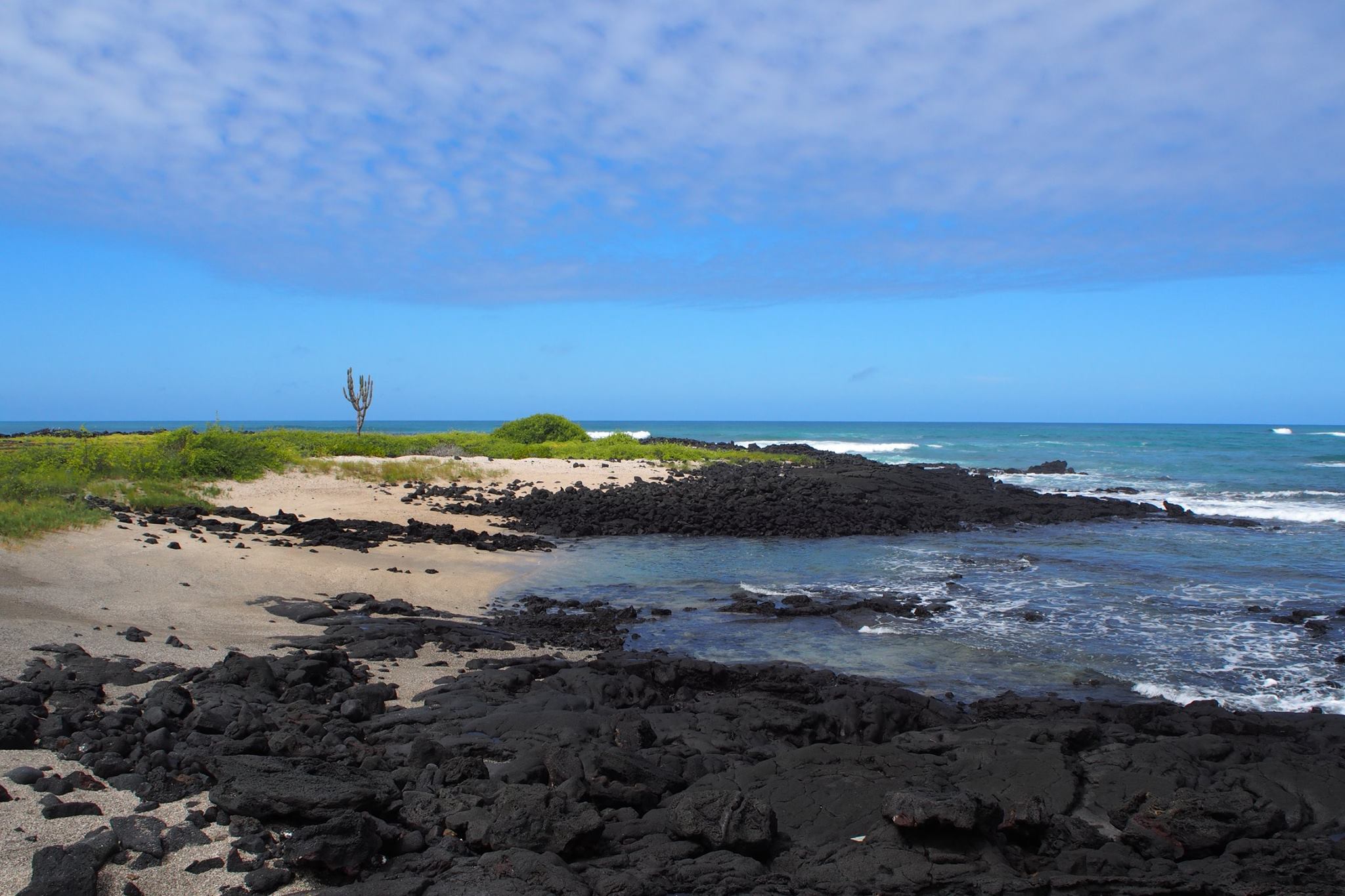 A stretch of beach near the Galapagos Science Center.

“The study led by Will showed distinct weathering processes through the chemical analysis of waters in contact with the basaltic rocks of Galapagos,” said Riveros-Iregui. “These processes are commonly observed and identified in controlled laboratory experiments, but they are difficult to differentiate in natural environments, likely because the effects of individual processes can be concealed. Will’s work showed that in island environments such as Galapagos where rocks are somewhat uniform, it is possible to observe distinct ways in which rock weathers/alters in response to the effects of things such as water, wind, and solar radiation.”

Larsen’s experiences in the Galapagos led him to his research at Rice. He studies the impacts of chemical weathering, which merges his love for both chemistry and the outdoors. As the planet warms and we look for ways to mitigate the effects of climate change, chemical weathering can give us clues about the earth’s planetary habitability through time, because it helps control the content of atmospheric carbon dioxide.

From here, Larsen may decide to take on his own research as a professor, or he could pursue a position on a team of scientists. Either way, he wants to balance answering the big questions in academia with practically helping society. “Studying abstract science helps society in an indirect way. We have to find the balance between entertaining the crazy ideas and investigating the practical ones,” said Larsen. “That is what I am training for.”

In the end, Larsen’s Galapagos experience helped shape him in a way that has stuck with him and helped him get to where he is today – still enjoying the great outdoors alongside science.

Learn more about the UNC Center for Galapagos Studies