A few times each year, Mother Nature gives us a look at the future of flooding in North Carolina’s coastal towns, sounds and ocean-fed waterways by focusing her crystal ball on king tides.

King tides are the predicted highest and lowest tides each year on coastlines worldwide. What the crystal ball has shown lately isn’t comforting.

In the past two years, high-tide versions of king tides have contributed to flooding in Beaufort, Morehead City and other areas along North Carolina’s coast. They caused impassable streets and roads, temporarily closed businesses, damaged houses, buildings and vehicles, contaminated water supply and created dangerous conditions. 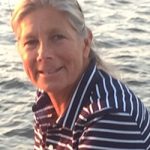 Christine Voss, a coastal ecologist and research associate with the UNC Institute of Marine Sciences, says that research shows that such flooding is the result of higher mean sea levels inundating low-lying coastal areas. A key to preparing for such flooding is understanding how what scientists call perigean spring tides, known to many as king tides, combine with other forces to surge water inland.

King tides have occurred for thousands of years and will continue for thousands of years, Voss said. Such tides alone can put flood-prone areas underwater. Add rising sea levels globally to those predictable forces and the result is flooding in places once thought to be safe. The next king tides will arrive July 11-15.

Here’s the recipe for a king tide. Spring tides happen when there’s a full moon or a new moon and can happen during any season. Perigean spring tides occur during a perigee, the time when the moon is closest to Earth in its elliptical orbit around Earth. When spring tide and perigee happen simultaneously, the Earth’s alignment with the sun and moon supersizes the gravitational pull of those two celestial bodies on oceans to form king tides. “There’s greater gravitational pull along waters on a parallel, if you will, causing the highest of high tides and the lowest of low tides during a year,” Voss said.

The effects are the same all over the globe.

National Oceanic and Atmospheric Administration tide gauge data show that the difference between high and low tides along the North Carolina coast is relatively small compared to other places, with around 3 feet at Beaufort Inlet and 4 feet in the Wilmington area, but water levels are rising. 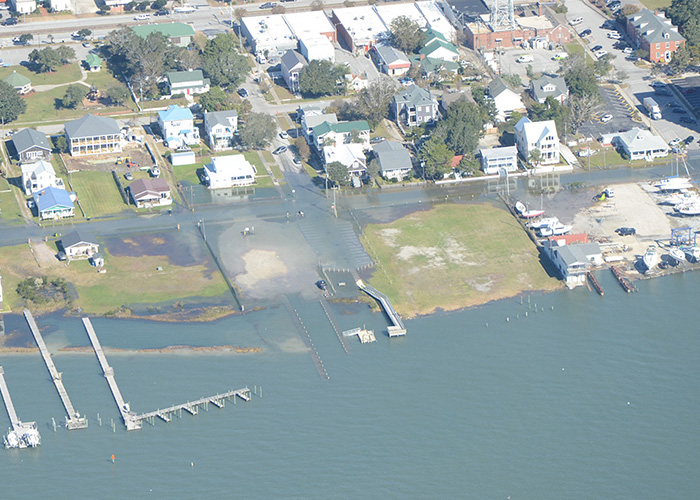 In addition to the moon and the sun, other phenomena can combine with king tides to raise water levels include:

To monitor events, Voss started the North Carolina King Tides Project after securing a grant from NOAA. As part of the international king tides project, it enlists citizens to document what they see. The project’s chief goal is to increase awareness about influences on coastal water levels. 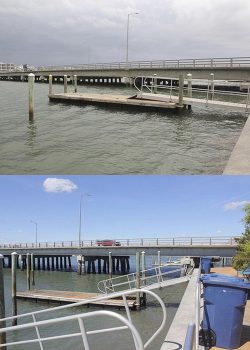 A before-and-after look at water-level rise around the Wrightsville Beach bridge during a king tide. (North Carolina King Tides Project)

Citizens can visit the project website, download the Coastal Observer app and submit photos of flooding. They can also stop at the project’s gauges in places such as Big Rock Landing in Morehead City or the Carolina Beach marina. There, they can use a cell phone to access the website via QR code and download the app.

“When we have king tides, the docks are often just about floating,” Voss said. “Water may come up from the storm drains onto Main Street. Some stores may have to close or people may have to time when they leave their house to get to work or return home. When that higher high tide occurs, they don’t really want to be driving through saltwater.

“Our towns that were built hundreds of years ago were built during a time of lower water levels,” Voss said. “Water levels have been increasing for about 2,500 years now. Sea level is rising slowly, but it’s a constant rise.” Sea level trends have been documented for decades.

Voss wonders how towns will prevent damage to infrastructure from recurring flooding. “It’s a fairly slow process, so we have time to adapt, but we’re crazy if we don’t start doing something now because it’s much more cost-effective to try to adapt and prevent loss of property and life than it is to wait until the last minute and do something then.

Read more stories about faculty and staff at TheWell.UNC.edu