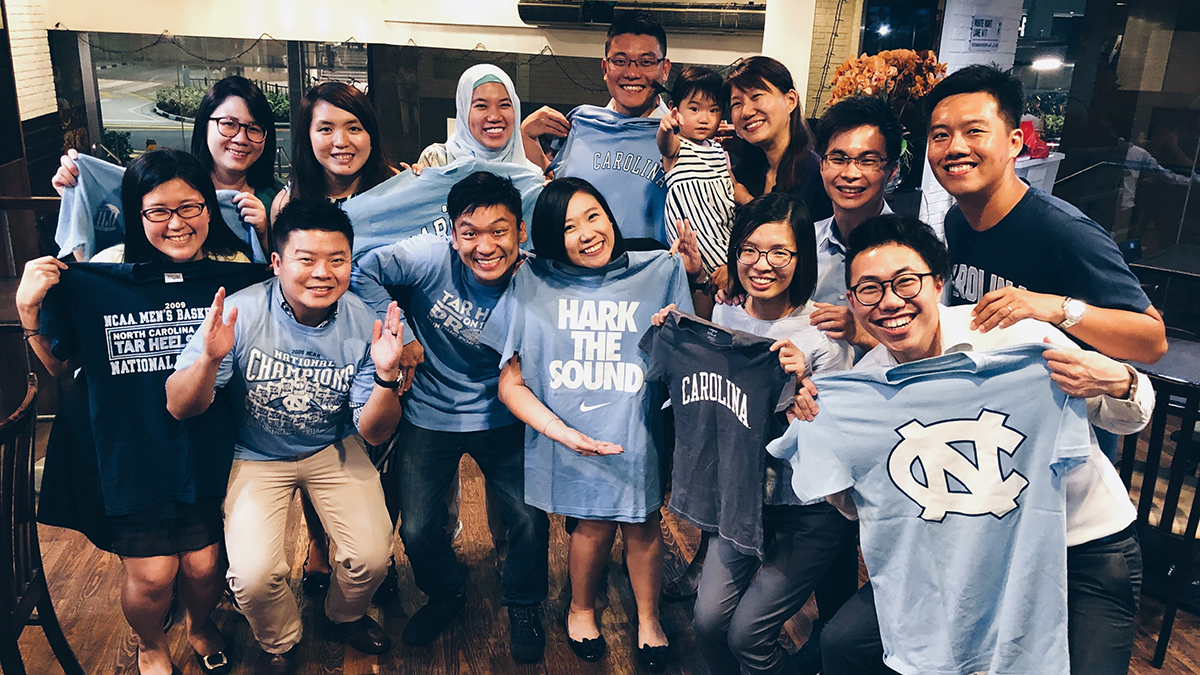 Lee Mun Yee’s passion for literature has led her to many places out of her comfort zone, but none more so than the University of North Carolina at Chapel Hill. As an English literature major at the National University of Singapore, Lee joined a growing joint-degree program between Carolina and NUS. Yee saw a way to broaden her studies in literature further than she could at just one school, and she found that her passion burned even brighter after spending time in Chapel Hill.

The JDP is a rare program in undergraduate higher education that Carolina and NUS, the top-ranked university in Asia, embarked upon together in 2007. The program requires students to spend at least two semesters at each institution, and upon graduation, they receive a joint degree from both schools. Currently, the program is offered for seven Carolina majors: global studies, history, political science, economics, English literature, geography and biology.

Jing Liu, Asia programs director for the Study Abroad Office in the College of Arts & Sciences, views the program as an opportunity for students to become more immersed in another culture than they would in a semester-long or summer study abroad program, as well as to explore an area of the world that is at a crossroads of a variety of cultures.

“Most students study abroad for shorter terms, but the [joint-degree program] requires one year, so they get to really know the culture, and just how to navigate a global landscape,” Liu said. “Plus the experience is an attractive talking point on resumes and gains students further global recognition by attending a world-class university in Asia.”

Yee found that she was able to combine two different approaches to looking at literature by joining the program. While at NUS, she took a deep dive into texts and read critical interpretations of literature. At Carolina, she explored interdisciplinary studies, combining her knowledge with other fields and expanding on her own literary ideas.

“I’ve seen the way my essays have changed. Before I came [to Carolina], I didn’t really feel like I had a personal voice,” Yee explained. “If you look at my essays in the past, there’s so many quotes from different critical authors, and now, there’s a good balance between my thinking and critical thinking from other works.”

This story is featured in the 2019 edition of UNC Global’s Carolina Passport Magazine.