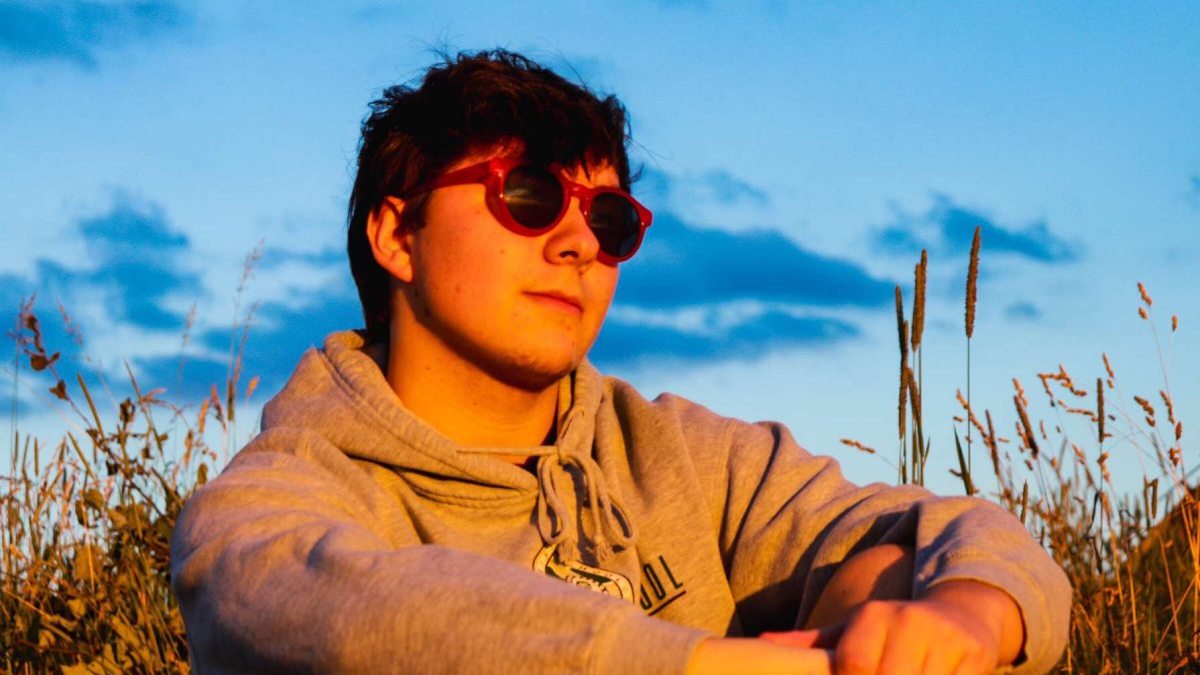 When Max Masiello first started making electronic music out his bedroom in Asheville, North Carolina, he wanted to create a new sound — one that was distinctly his.

His determination led to an album release and hundreds of thousands of streams online, but more importantly for Masiello, it also opened the door to a new community of artists and musicians from around the world who changed his perspective on music.

“The people I’ve been able to meet through my music and sharing it with others, that’s what made it worth it to me,” he said. “Having a good community behind you can change your whole attitude toward music.”

Now, the incoming first-year student is hoping to expand his community at Carolina and find even more opportunities to grow as musically and personally.

At Carolina, he plans to not only develop his music alongside his Tar Heel peers but also prepare for a future business career in the music industry by combining his experiences over the past four years with the expertise of the faculty at UNC Kenan-Flagler Business School.

Music has always been a part of Masiello’s life. He started playing the piano when he was 5 and then picked up the guitar in middle school. But he eventually grew bored with traditional instruments and sought something more creative.

When he stumbled across YouTube videos of artists creating music using their computers, he was hooked and dove straight in.

“The real creative piece is what interested me most, and that’s what inspired me,” he said. “You hit a certain point where you learned all the basics, and then there really aren’t lessons for what you want to do. You have to figure it out yourself.”

For Masiello, that started by first building a new computer that could handle music production and designing it around what he wanted his music to sound like. A few online tutorials later, Masiello was off, creating music under the name “Now, Then.”

From his bedroom in Asheville — and then eventually in a home studio — Masiello honed his craft, producing mellow, soothing instrumental tracks. It wasn’t long until he thought about releasing the music for a broader audience to hear.

“I remember being in class, and I would be on my computer and five times each class period, I’d look for it and see if [the album] was up yet,” he said. “I refreshed the page, and there it was. It was really exciting that I was on a platform with some of the world’s biggest artists and that people who listen to them could have the chance to listen to me.”

In the first couple of months, the nine-track album accumulated a few thousand plays, but his music has since grown rack up 250,000 listens.

The slow start after the release of “Passing Time” introduced Masiello to the business side of music and opened his eyes to a potential career. Originally hoping the music would grow organically, the Tar Heel quickly learned that he had to be more than just a music producer. He had to be a marketer and promoter, too.

“There’s a huge learning curve to it because hundreds of thousands of songs are uploaded to the internet every day,” he said. “You really have to do a lot of self-promotion.”

He decided to take on the marketing himself. He reached out to other musicians and producers to build an online community of other artists who shared the music and offered valuable feedback.

As his music’s popularity and connections grew, so did his interest in the music industry’s various roles. Less than a year after releasing “Passing Time,” Masiello launched a record label called Lazy Tree Records with friends in the United Kingdom. The label now works with nearly 50 artists who have almost 2 million streams.

Masiello is looking to tap into those experiences as an artist and business leader to make the most of his time at Carolina and set himself up for a career in the music industry.

“The best part about it was seeing how something that I created with a couple of other people, how quickly it grew and how much fun it can be,” he said. “I would love to work in the music industry. But I think what I want to do is work on the legal side to help negotiate contracts between artists and record labels or work more on the finance side and help artists managed their money.”

The first-year student hopes to apply to Kenan-Flagler Business School next year, in addition to joining campus music groups, to grow his community in Chapel Hill and find the next big career opportunity.

“Carolina has such a big community, so I’m sure I will find lots of different doors and opportunities that I can latch on to,” he said.