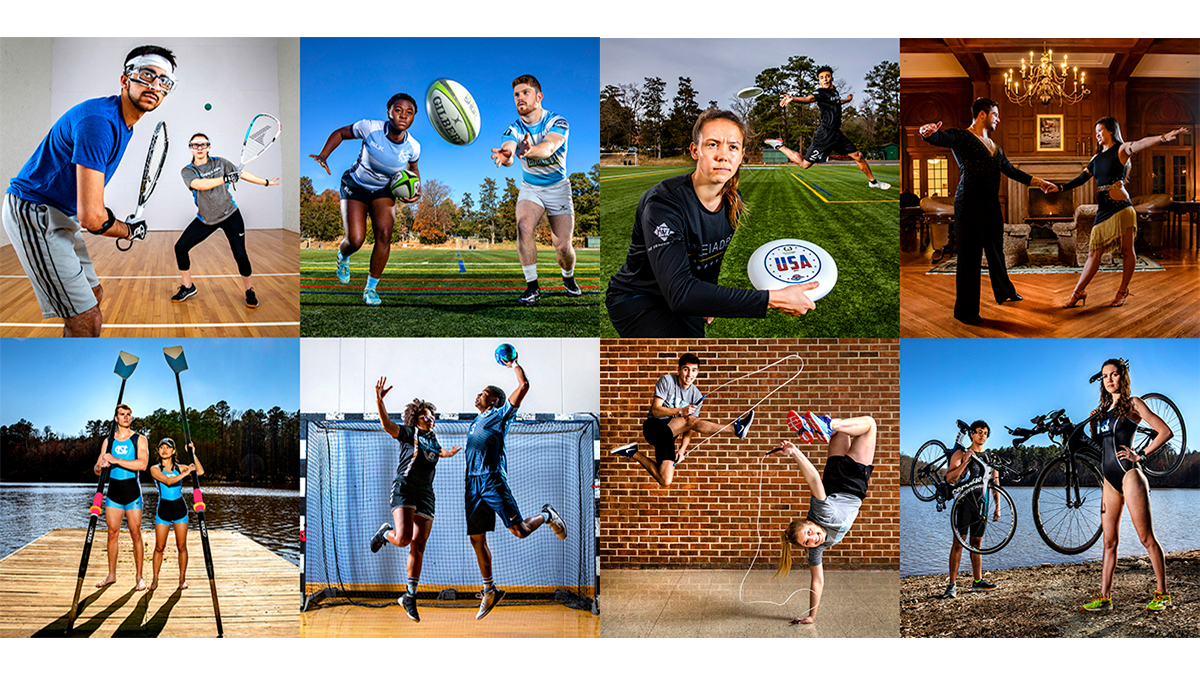 Carolina boasts more than 50 club sports teams, from soccer and ice hockey to quidditch and ballroom dancing. Meet some of the athletes who represent the University in some of those sports. 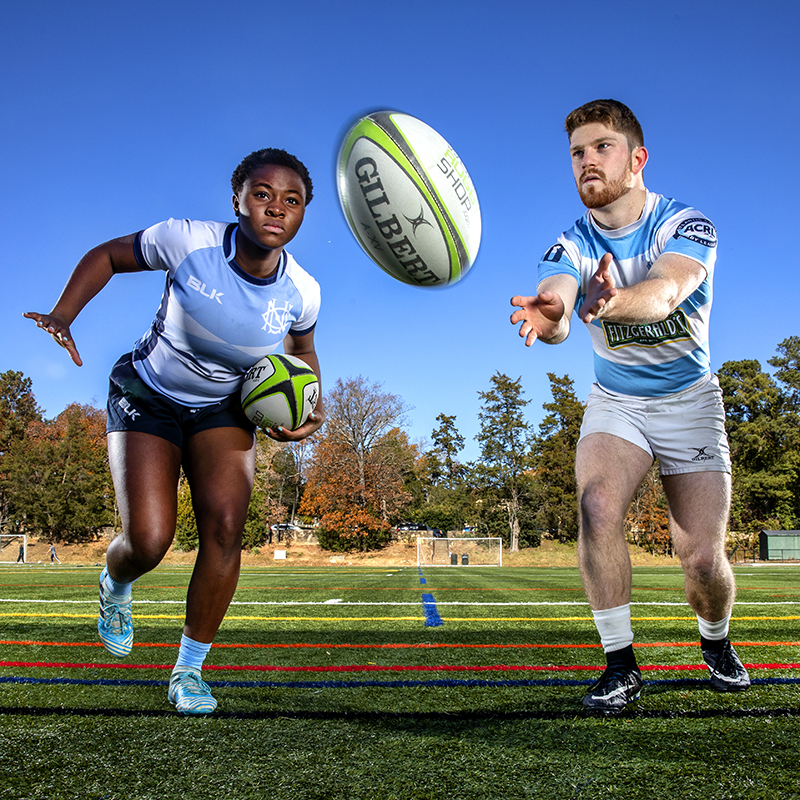 “I play rugby because my teammates are my family, and I always fight for my family. Also, rugby makes me happy. Every time I step on the field, joy overcomes me. I always find myself saying ‘just five more minutes.'” 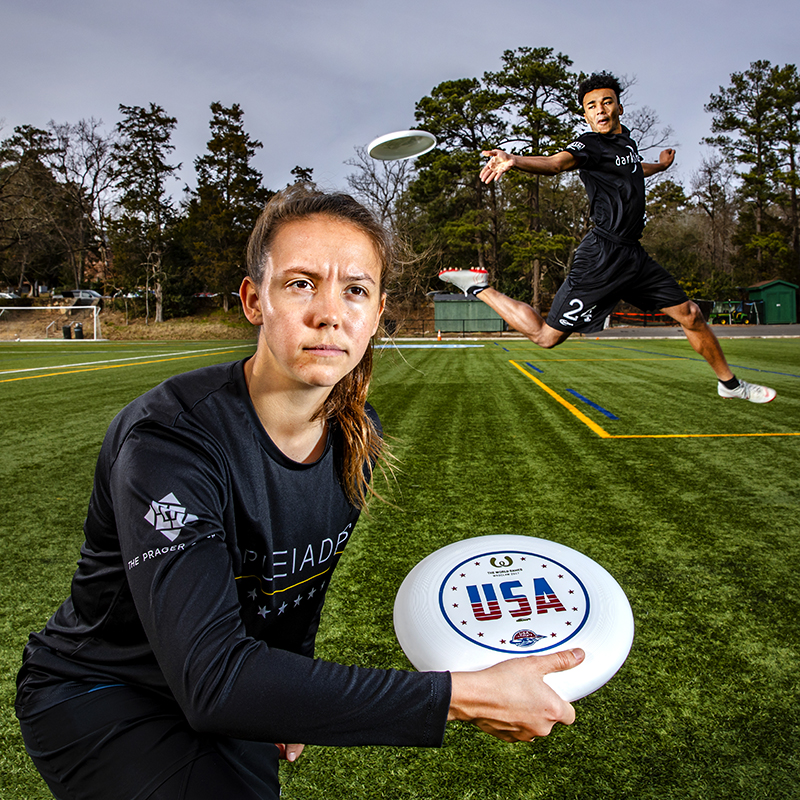 “With ultimate frisbee, I’ve had the unique experience of playing a high-level sport that showcases the ‘spirit of the game,’ where you keep mutual respect for the opposing team no matter the intensity of the game. In the end, I love this sport because of my team and for the ladies who support me both on and off the field.” 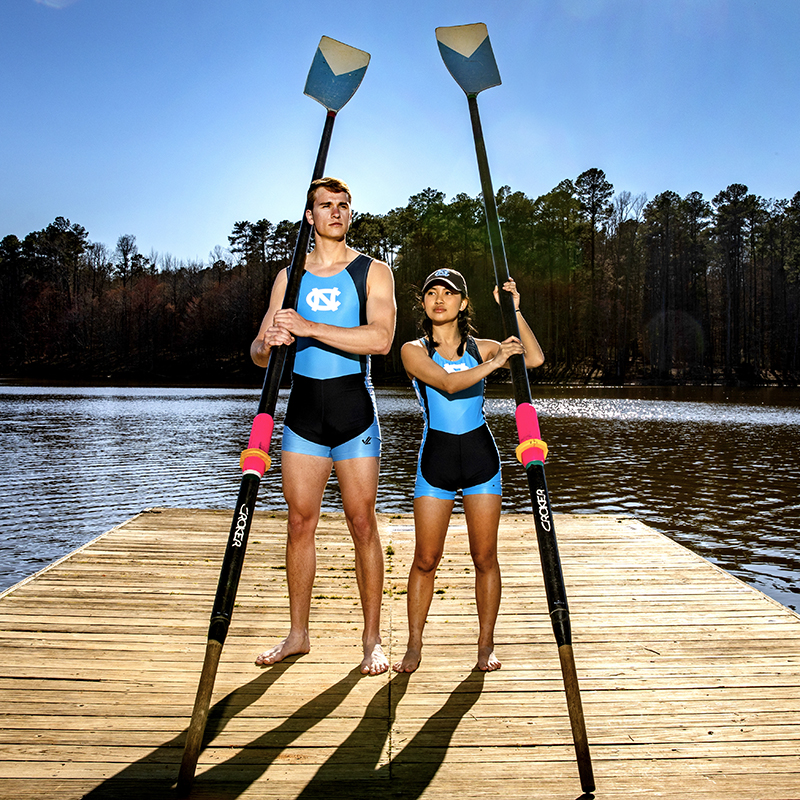 “I joined the crew team because of the opportunity to represent UNC on a highly-competitive stage. Because men’s collegiate rowing is not an NCAA sport, we have the unique opportunity to compete against other varsity programs across the country. While the sport itself can be both physically and mentally demanding, the unwavering support of my teammates allows me to excel on and off the water.” 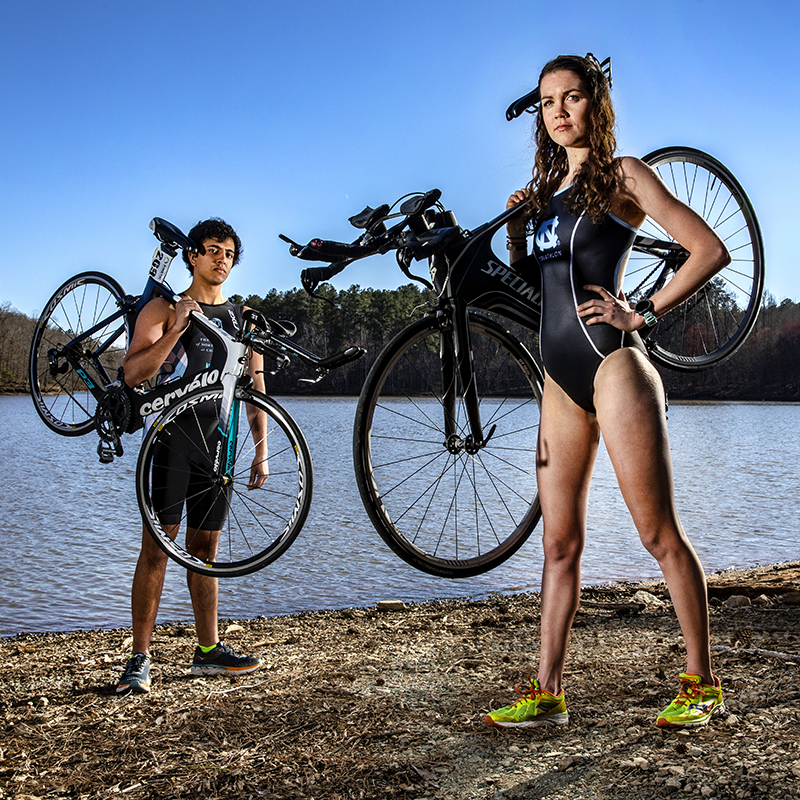 “Competing across three sports — swim, bike, and run — makes training for triathlon a balancing act that is both physically and mentally engaging. For me, triathlon is also an important outlet from my Ph.D., providing a context for achievement that is entirely separate from my academic research.” 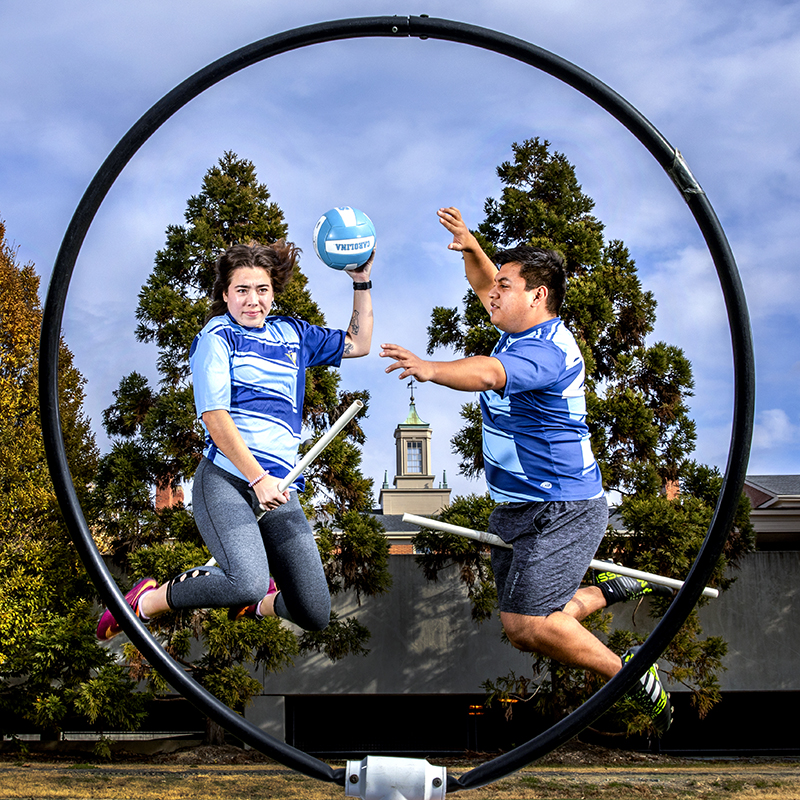 “I play quidditch because it allows me an avenue to be athletic that is not solely about competition. I like to win, but we have an awesome, gender-inclusive and progressive community that makes simply playing a lot of fun.” 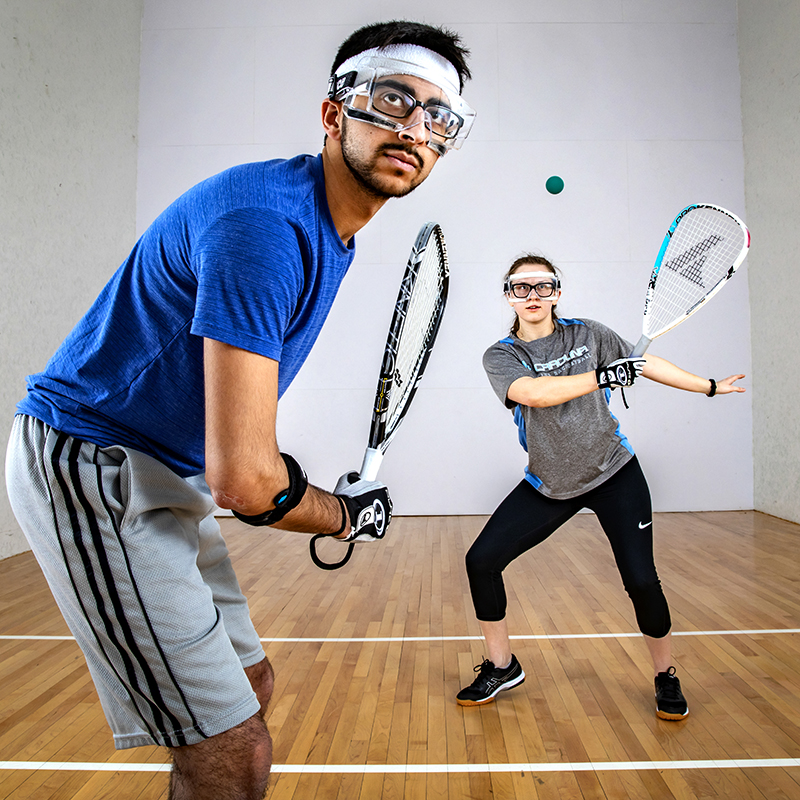 “I play racquetball because of how much it has helped me grow. It’s because of this sport that I found my closest friends at UNC, that I learned to make quick decisions and to be a more confident leader, and that I discovered the importance of taking a moment to step away from life’s stresses and just have some fun.” 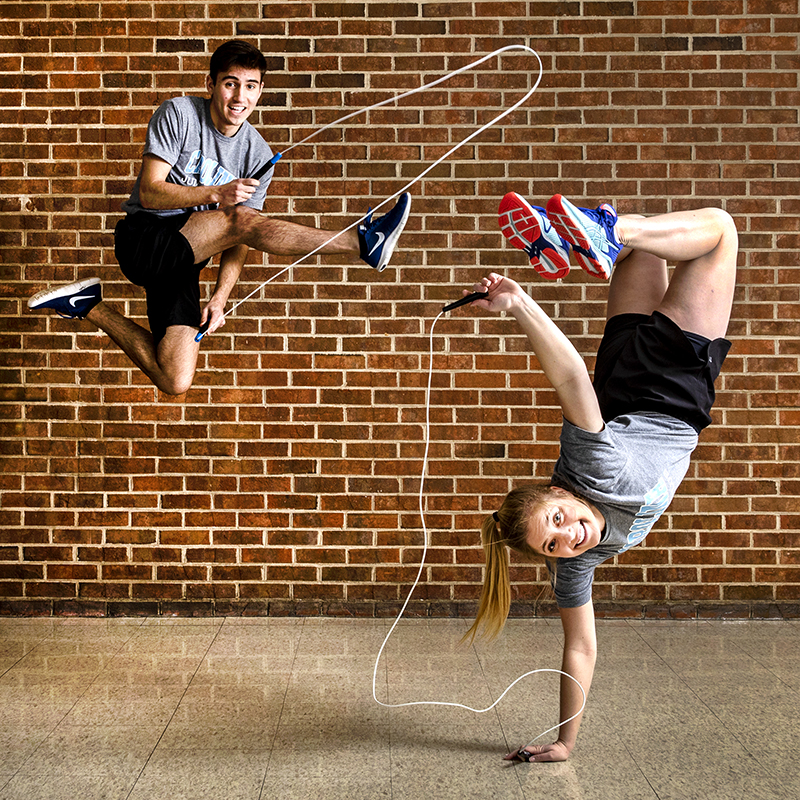 “After growing up on a competitive jump rope team, Carolina Jump Rope has allowed me to continue the sport at the college level. I love performing around campus and introducing the sport to students who have never heard of jump rope before.” 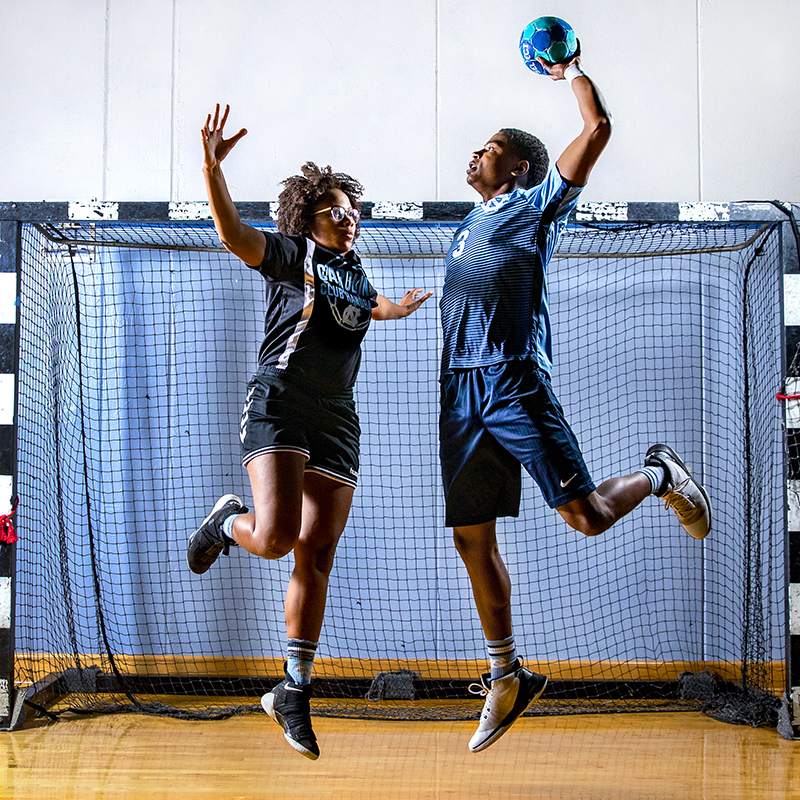 “I play handball because the sport challenges me physically and mentally while also fostering a strong team atmosphere.” 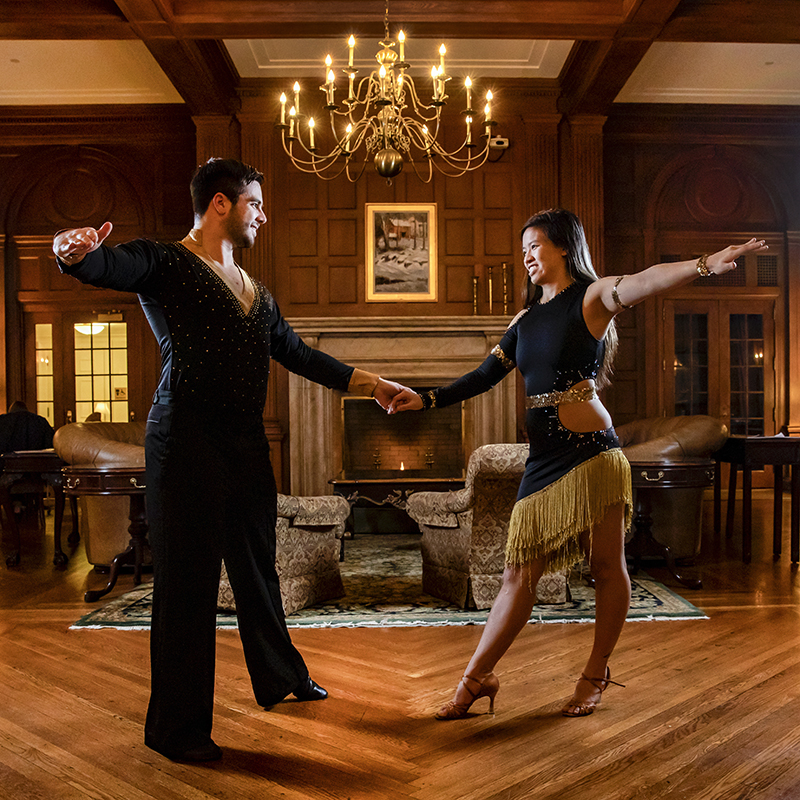 “I decided to give ballroom a try because I wanted to do a sport, but I also wanted to do something completely new. Over the past three years, I’ve not only learned how to dance, but I’ve become an incredibly competitive Latin dancer in the Triangle area. Along the way, I’ve made some of my best friends in the world.” 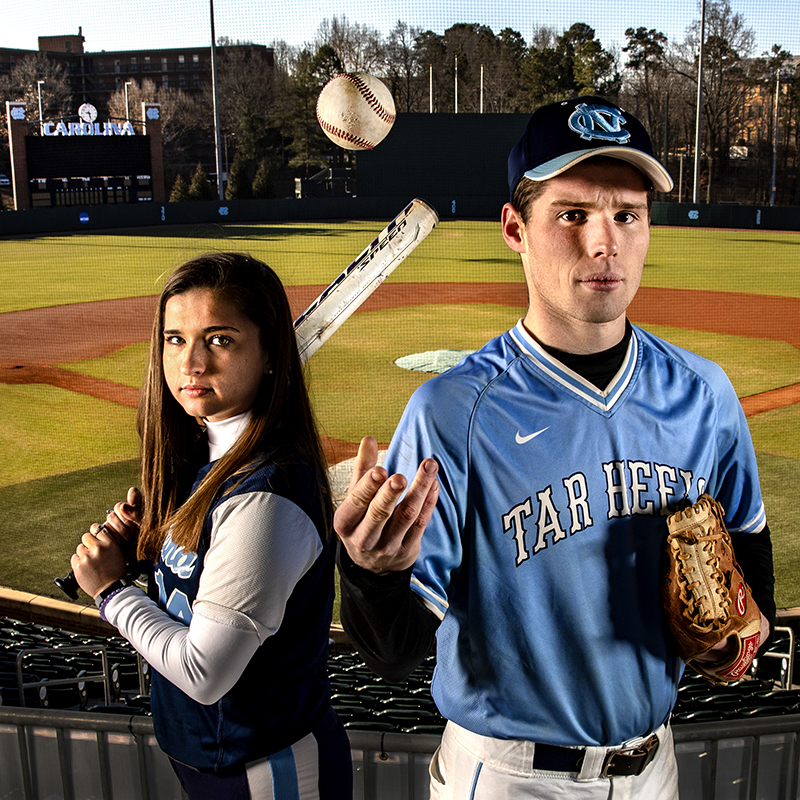 “The UNC club baseball team is special in that they combine the sandlot vibe and fun while still competing at a high level. The friendships that are formed transcend both beyond the baseball diamond and after graduation.”