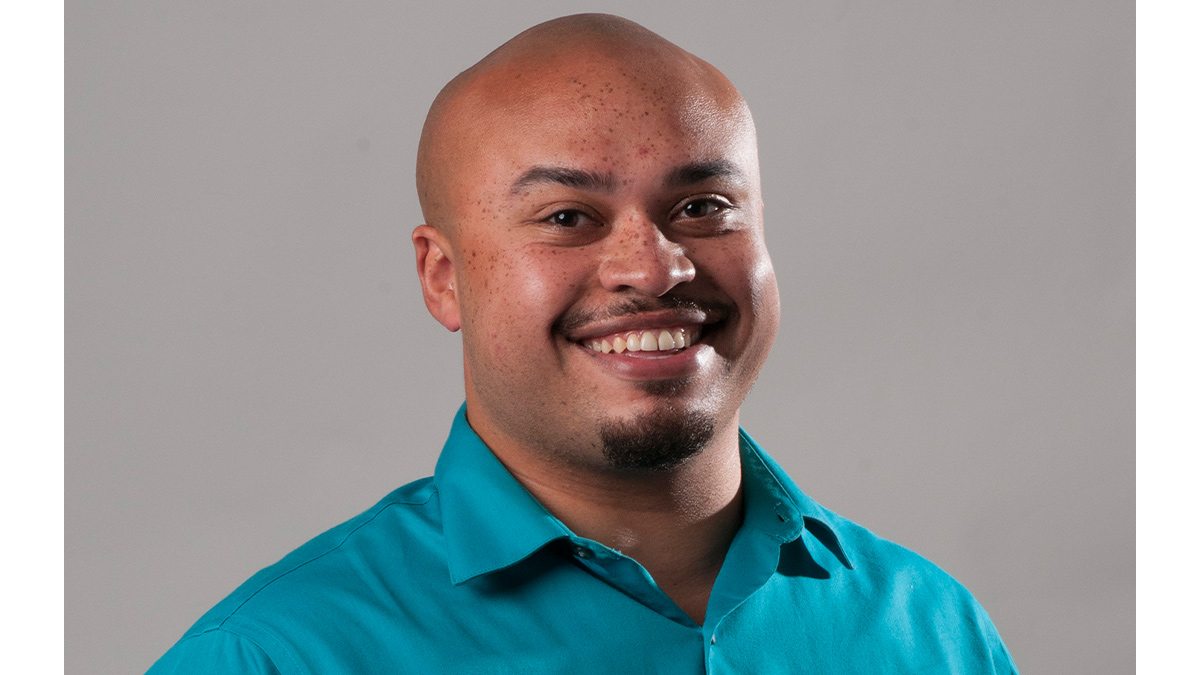 When some see a battle rap, they see entertainment — two talented artists trying to best one another on stage, each hoping to emerge the victor.

As a high school student discovering the genre in Topeka, Kansas, Jordan Davis saw something much deeper: exacting, often devastating, lyricism, competition as cutthroat as a sporting match and a dynamic subculture in which even the line of fans building outside a club had its own singular influence on what would take place inside.

Most of all, he saw commentaries on Blackness as wide-ranging as he knew it to be.

“It was enrapturing for me, and the more I watched, the more I thought about how battle rap operated, and it was an important part of my development through high school and college,” Davis said. “I knew this was something worth exploring academically and that I was the one who could do it.”

When Davis graduates this December from Carolina with a master’s degree in anthropology, he will leave having written the first academic thesis on contemporary battle rap.

“Anthropology, at its core, seeks to explore the human experience in all of its dynamics, in all of its realities, all the ways people make meaning out of their world and their worldviews,” Davis said. “More than the fact that anthropology serves as a space where these conversations can be had, anthropology in its research methods — especially cultural anthropology — tends to be qualitative rather than quantitative. It focuses on the stories of how people experience things from their perspectives. Even though you can’t quantify it, you can still measure its value.”

Davis’ thesis, “Walk It Like I Talk It: Race Language and Performance in Battle Rap,” examines battle rap as a Black space, created by and existing primarily for Black individuals, and an artistic avenue through which artists shatter others’ narrow perceptions of Blackness.

“In everyday life, Blackness is related as a monolith, a simple category you can apply to one group of people, regardless of their lived experiences,” he said. “In battles, you see so many ideas about Blackness that Black MCs put forth, most frequently in how they denigrate one other to say, ‘I’m better’ or ‘you’re worse,’ which is part of the battle. But beyond those types of value judgments, what this space is allowing for is these complex notions of Blackness to be freely discussed in everyday conversation.”

Davis sees six major themes in how battle rappers refer to Black experiences: the explicit articulations of Blackness, language markers that play on variations of Black Vernacular English, historical markers relating to relevant events in American and global Black history, geographic markers meant to bolster a rapper’s reputation or denigrate the reputation of an opponent based on location or regional associations, references to street life, and references to iconic Black figures.

“References to street life are, perhaps, the most interesting to me,” he said. “Streetlife as a Black space is often put on a pedestal in hip-hop, and increasingly there has been push back on that. That tension contributes to the idea that Blackness can be multiple things at once.”

References to iconic Black figures, both real and fictional, invite the audience to engage with the artist in a shared cultural knowledge that goes beyond the event.

“MC’s can spit whatever they want, but if the audience doesn’t understand who they are talking about, it won’t land,” he said. “Thus, it forces the audience to engage with their own cultural knowledge and lived experiences.”

Davis is leaving Carolina, but he’s staying in higher education. He’s already started a new job as an admissions recruitment specialist at the University of Missouri-Kansas City. His academic background and research have informed the ways he sees people, particularly young people, as “living in multitudes.”

“The value of an education in anthropology is gaining an increased sensitivity to other people, gaining the ability and willingness to understand all the ways in which people operate. It’s important to learn how to check in with yourself about assumptions you make, implicitly or explicitly, about others,” said Davis. “To think and to talk and to interact – are these things are culturally bound.”