Caitlin Eason’s first memorable introduction to medicine was a visit to the emergency room to get stitches on her forehead as a four-year-old. From that point on, she started telling her parents she wanted to be a doctor.

The Knightdale, North Carolina, native kept that course throughout high school and as she arrived at the University of North Carolina at Chapel Hill for undergraduate work.

“College was really eye-opening,” said Eason. “I am a first-generation college student, so there were a lot of things my parents weren’t able to help me with because they’d never experienced it themselves. They supported me the best they knew how, which was to always encourage my dream to become a doctor.” 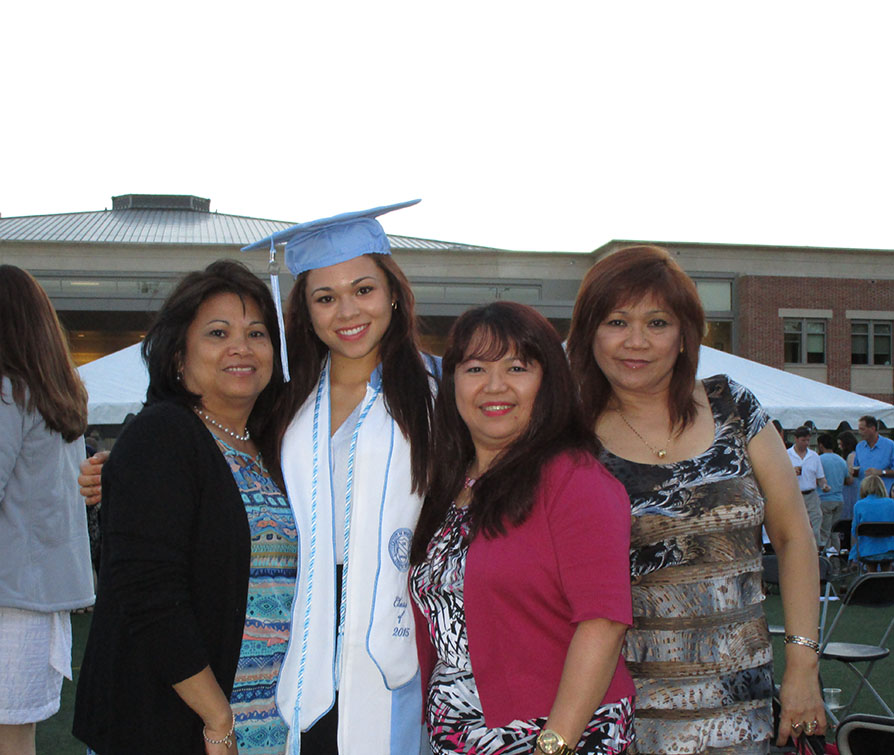 Eason and her family at her undergraduate graduation in 2015.

Along with navigating the sometimes confusing world of college paperwork and procedures, Eason worked a part-time job to help support herself. She also took full advantage of the Carolina experience, getting involved in extracurricular activities and making new friends. But Eason wasn’t happy with her grades as a first-year or sophomore and didn’t do as well as she’d hoped on the Medical College Admission Test. She started rethinking her desire to go to medical school.

But as she advanced in her junior and senior years, she learned to better manage her workload and balance other responsibilities. Her grades got better, and getting an MD became more realistic to her. To assure any remaining concerns Eason had about going to medical school, she applied for and was accepted to the UNC School of Medicine’s Medical Education Development Program.

“The program gave me a taste of what it would be like to be a medical student and how intense it could be,” said Eason. “By participating, I was really confident that I did have the potential to go to medical school and still accomplish my dreams despite some setbacks.”

But Eason’s story doesn’t follow a straight path to medical school. She took a two-year gap before she started classes at the UNC School of Medicine, partly to explore her heritage.

“My dad is from Kentucky, and my mother is from the Philippines, so I had a very interesting childhood with the combination of those two cultures,” Eason said. “My mother was always sure to incorporate Filipino traditions into our life, but I wanted to learn more about where our family came from.”

Eason and her then-boyfriend (now husband) moved to the Philippines for six months to explore her heritage and meet new family members. She was able to pitch in immediately with family tasks, from babysitting to working in a family-owned store, and she had the opportunity to shadow physicians in a low-resource hospital. After learning more about her culture and meeting new family, it was back to North Carolina and a slew of part-time jobs. 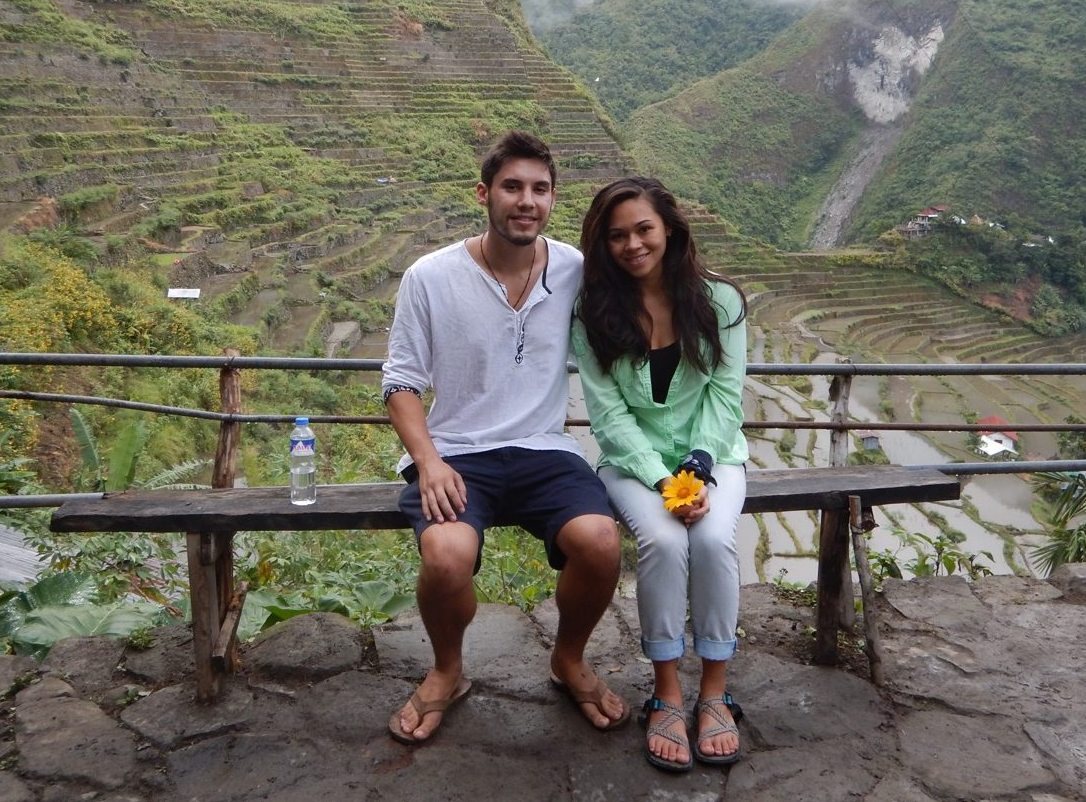 “In that next year and a half, I worked as a nanny, worked in a tutoring program for student-athletes at UNC, did research at the UNC Burn Center, helped with public health and HIV research and worked at Lululemon. I did a bit of everything,” Eason said.

She took the MCAT again and started applying to medical schools – with one stipulation. Her now-husband was attending law school at Carolina, so Eason limited her applications to schools in North Carolina. When Eason was accepted into the UNC School of Medicine, it was a small victory for their relationship, which would take a front seat during Eason’s first year of medical school.

“We ended up getting married in March of my first year, so not only was I experiencing my first year as a medical student, I was planning a wedding.”

Wedding planning proved to be more time-consuming than Eason had thought. With the collective help from family, she and her fiancé persevered, marrying in March of 2018 and planning their honeymoon around each other’s spring breaks.

From then on, Eason dove deep into medical school coursework and training. It was difficult, but she put in extra time studying when she needed to, and she set her sights on surgery. When she made it to her first surgery rotation, she knew it was the specialty for her.

“I was able to first-assist the surgeon and help make the first incision. It was so exciting, and I just knew that was what I wanted to do,” Eason said. “Unfortunately, after the second week of that rotation, the COVID pandemic closed down our rotations. It was so disappointing because I had just started doing what I really loved.”

From August 2020 to May 2021, Eason worked on getting her Master of Public Health degree in the UNC School of Medicine’s combined MD/MPH program. She then began her fourth year of medical school and picked up surgery rotations.

Now Eason is looking forward to completing her residency in general surgery. She has some locations in mind that would be ideal for her and her husband.

“But I will make the best out of any program that comes my way,” she said. “My time at UNC has really shaped me. Being around surgeons that are so passionate about the care they give patients and getting mentorship from people who really enjoy what they do has really influenced me. I can’t see myself being happy doing anything but surgery.”