Not many high school students have experience working in public health, but Madhu Vulimiri did. Before she even graduated from high school, Vulimiri knew she wanted to attend the UNC Gillings School of Global Public Health.

During her high school internship at Johns Hopkins University, Vulimiri worked in a research lab studying chronic obstructive pulmonary disease. Her favorite part of the experience was going to brown bag seminars and hearing directly from professionals in the field talking about disease prevention.

When Vulimiri ’14 came to Carolina in the fall of 2010, she started down the traditional pre-med track, but the more she learned about the extensive impacts of effective public health measures, the more her true calling became clear.

“Going to Carolina was one of the best decisions I ever made,” she says. “My experiences at Gillings crystallized my desire to work in health policy.”

Providing care beyond the doctor’s office

One of the most impactful lessons Vulimiri learned at Gillings – and one that she still frequently considers in her daily work – is that generating better health outcomes requires much more than simply providing health care. 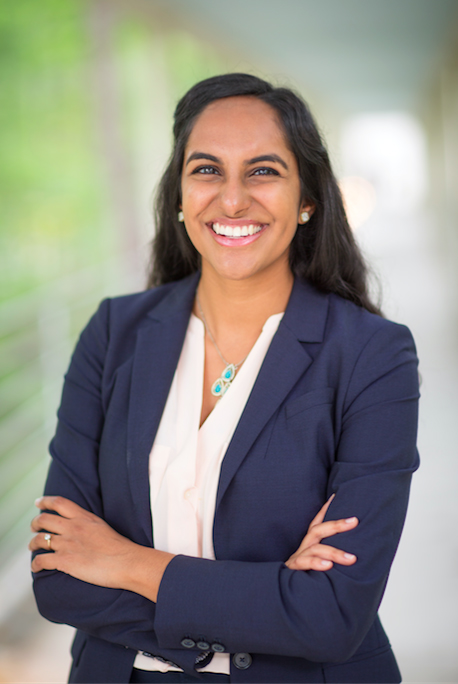 “It reaches far beyond what happens in the four walls of a doctor’s office,” she says. “There is so much more we can and should be doing before people even get to the doctor.”

“Many residents in Robeson County, like other parts of the state, live in food deserts,” she says. “My research looked at the proximity of grocery stores versus fast food restaurants to understand the impact on people’s ability to manage their diabetes.”

As a Morehead-Cain scholar, Vulimiri also had the opportunity to do a summer internship at a large health care system in Dallas, Texas. While there, she conducted qualitative research, interviewing patients about the level of support they received from community health workers in managing their diabetes.

“I wanted to research the value of community health workers because I was curious to find out how they can help break down barriers for patients who might have a harder time navigating our health care system,” she says.

Throughout her time at Carolina, Vulimiri studied how to create effective systematic changes in everything from health care to food to education – not just at Gillings but also in her work at the Campus Y.

“I think my work at Campus Y helped me focus on equity work and how students can play a role in addressing important issues like homelessness, food insecurity and access to health care right here in Chapel Hill,” she says. “How do we make a meaningful difference in the health and well-being of people in our communities? That ethos has been a huge part of what I’ve wanted to do with my career.”

Working through the pandemic

When Vulimiri took on a new role at the North Carolina Department of Health and Human Services in 2020, her first day on the job was supposed to be Monday, March 16.

Her boss called Vulimiri the Saturday before and told her the governor was about to make the announcement that all North Carolina schools were closing for two weeks.

“She asked me if I could come into the emergency operating center that day,” Vulimiri recalls. “That was my first day on the job.”

Over the next 18 months, Vulimiri served as chief of staff for Susan Gale Perry, the chief deputy secretary at NCDHHS. With schools closed, Vulimiri’s work focused on providing resources to children and families, especially with creating access to meals and safe, affordable childcare.

Working closely with the Department of Public Instruction and the Governor’s Office, Vulimiri helped convene the governor’s NC COVID-19 Education and Nutrition Working Group to quickly implement plans to support kids’ nutritional and educational needs early in the pandemic.

“The pandemic exposed and exacerbated disparities and inequities — one of them being access to healthy food,” she says.

Now, as deputy director in a newly established Division of Child and Family Well-Being, Vulimiri aims to support families in a holistic way.

“A couple areas we’re particularly focused on is food security, hunger, children’s behavioral health and mental health, which is a crisis right now,” she says. “Everyone knows that we have to double-down on our efforts there.” 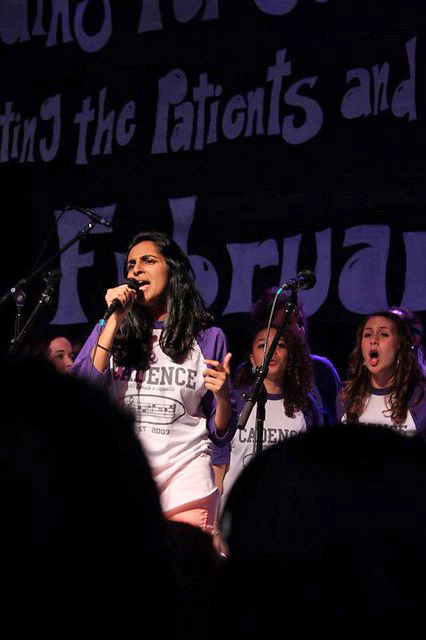 Because Vulimiri’s work is consuming and intense, finding healthy ways to unwind is important to her. A lifelong singer, she grew up singing classical Indian music and joined her high school choir. During all four years at Carolina, Vulimiri sang and beat-boxed with the Cadence a capella group.

“My academic coursework was very analytical and focused on writing and presentations, so I loved getting to sing as an outlet for creativity,” she says.

She takes the same approach now, balancing out her demanding workload by singing in the Duke Chapel Choir. “Working in public policy is very rigorous,” she says. “I’m so glad I have singing.”

Vulimiri also finds energy to fuel her work in her continued connections with professors at Carolina who supported her during college and through her career thus far.

“The professors at Gillings are incredible people. They are mentors who I’m still in touch with to this day,” she says. “They are one of the best parts of Carolina – it’s not just the amazing friends I made. It’s the professors who really cared and went above and beyond to invest their time in students like me.”