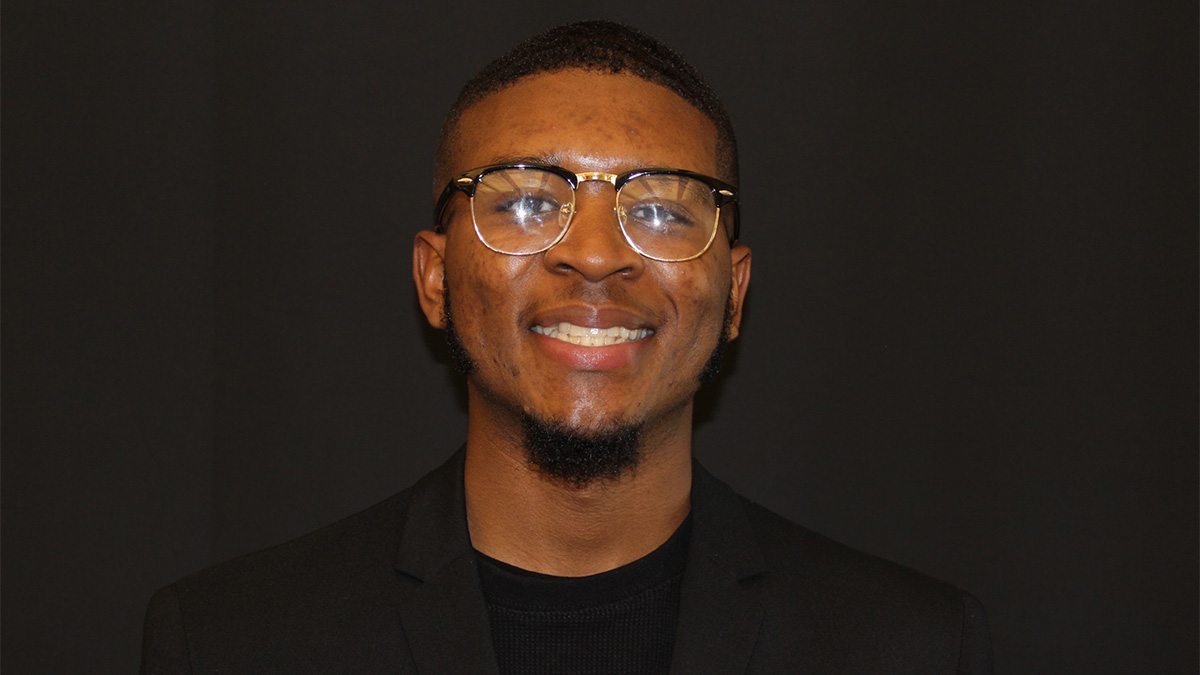 When Tajahn Wilson arrived in Chapel Hill in 2018 as a first-year biology student, he thought he had the next four years all figured out: He’d spend his undergraduate years preparing for medical school and then become a doctor.

His actual path to graduation, however, has been anything but the straight line he expected.

Soon after starting at Carolina, Wilson veered from the premed track to psychology and then to journalism, where he ultimately found his passion for telling others’ stories. During college, he also suffered injuries and trauma from being hit by a car and had to balance his coursework while he recovered.

Wilson’s winding and occasionally uphill journey will culminate on Sunday when he officially earns his degree from Carolina at Winter Commencement.

“I just know that it took a lot of resilience to get to this point,” Wilson said. “I’m proud of myself. I’ve been through a lot. I’m still in awe of it because it’s like, ‘Wow. I don’t know how but I made it.’”

When he turns his tassel, Wilson will be among the more than 10,000 students who have graduated from UNC-Chapel Hill debt-free through the Carolina Covenant since the program launched in 2004. The initiative provides students the opportunity to graduate from Carolina without loans through a combination of grants, scholarships and work-study jobs.

Though Wilson originally planned to pursue a medical degree, journalism has always been of interest to the Charlotte, North Carolina, native. He remembers watching the news and listening to the radio while growing up, drawn to stories of humanity and the people telling them.

“I was always fascinated by the voices and by these characters that come out of these journalists,” Wilson recalled.

At Carolina, when Wilson was looking to expand his academic opportunities beyond biology and psychology, he enrolled in Deb Aikat’s MEJO 101 course. The field felt like a natural fit and provided him with a creative outlet.

“It was just being able to talk about current events and how people are pursuing the media and everything that is going on digitally. All of that was really interesting to me,” Wilson said. “I thought I could just have the freedom to be creative within whatever story I pursue.”

“Honestly, I didn’t think I was cut out for that,” Wilson said. “But my professor told me I had a great radio voice. He was reassuring me that I had all these skills it took to be a journalist, and that made me get into it a bit more.”

Another change of direction

Just as his academics began to fall into place, Wilson was thrown a curveball: he was hit by a car and sustained injuries that required months of physical therapy.

Instead of being able to focus solely on the academics for the program he had just begun, Wilson was traveling to Raleigh three times a week for his rehab and worked to balance his classes with his physical and mental recovery.

“I would say, out of my entire college career, that was the biggest challenge for me,” he said. “I was putting a lot of pressure on myself at the time.”

At first, Wilson tried to power through his challenges on his own, but after some time, he turned to the support staff at the Carolina Covenant and found the resources he needed to gain momentum back in the classroom.

In his final semester in the Hussman School, Wilson has had the opportunity to put all he’s been learning in the classroom into real-world journalism as a news reporter for Carolina Connection, a radio newsmagazine produced by Tar Heels and aired on WCHL.

The show has provided Wilson with firsthand broadcast journalism experience, and he has played a role in every aspect of reporting.

“I thought we would only be responsible for setting up the interview, getting the interview and maybe writing the script, but there’s a lot more,” he said. “There’s a lot of audio mixing. There are a lot of technical skills. I really appreciate the skills and experience I’ve gotten, and it really feels good that people are tuning into this stuff.”

He plans to tap into those skills developed at Hussman and honed on the air in his career. His ultimate goal is to work for NPR one day. But for now, Wilson is looking at his immediate future, which includes celebrating the major milestone with his family.

“It just makes me proud because my mom and dad didn’t finish college. I feel good for making them proud because this is one of their biggest dreams,” he said. “They were teenage parents, and they had a lot to figure out. It makes me happy to know I’m building a better legacy for my family.”

It’s an achievement – after many hurdles and redirections — that still hasn’t entirely set in for the Tar Heel.

“I can’t really describe it,” he said. “Sometimes I’m like, ‘This is unbelievable. I’m actually graduating from UNC.’ Anything is possible.”