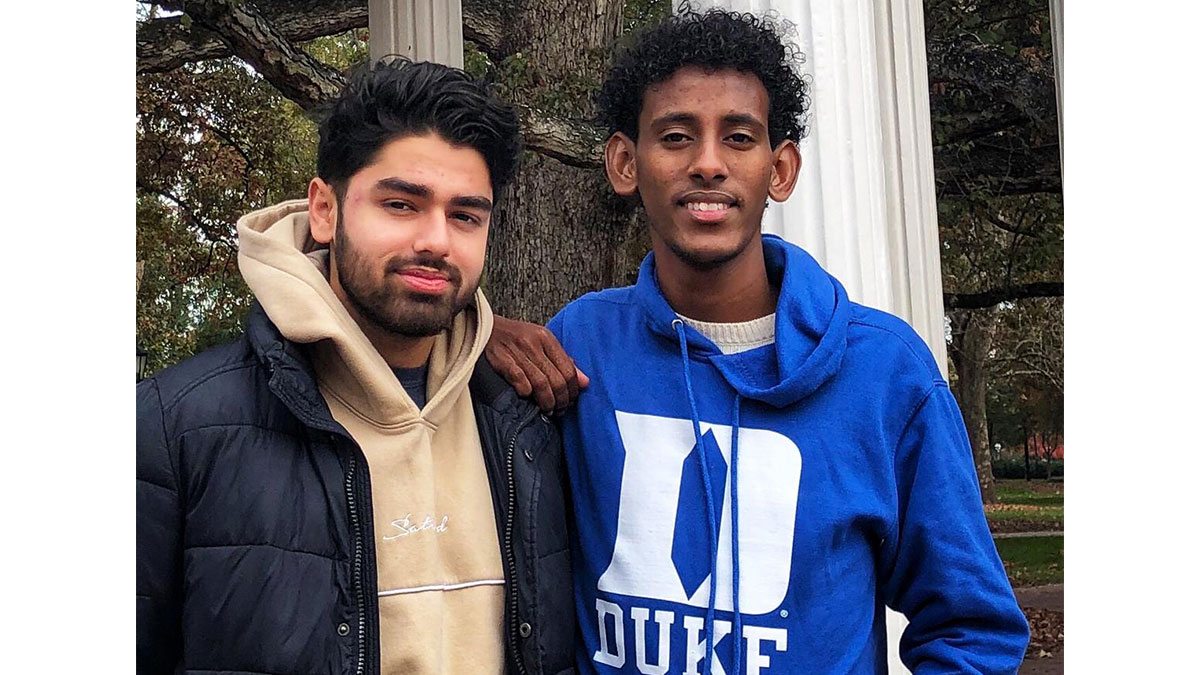 Over the past decade, it’s become more commonplace for Carolina and Duke University students to launch a start-up in the Triangle. Resources and mentors from both universities and the surrounding communities help make the task easier.

That supportive environment doesn’t exist everywhere, but a Carolina student has partnered with a student at Duke to try to recreate that entrepreneurship environment in one part of the world.

“We spotted a trend where you have individuals that go to technical schools or vocational schools and succeed in higher education, but they have no means to implement the skills they have learned,” Khan said. “We’re providing kits for businesses to apply for a startup grant from our organization as well as a mentorship program to ensure they are successful.”

Khan and Salat met through a mutual friend and realized that they shared similar interests in working with international organizations. The Wajir startup project quickly grew from a conversation to a business model, and they have tapped into what they’ve learned at Carolina and Duke to design the project.

“As a public policy major, Salat has received mentorship in designing the policy for the startup. At UNC, I have carried out research studying data patterns and what I’ve learned as a business minor in the Kenan-Flagler Business School has been useful for our project in Wajir,” Khan said.

Their project recently received funding from the Kenan-Biddle Partnership, which promotes collaborations between Carolina and Duke students that address social or environmental needs. The partnership, which is funded by the William R. Kenan Jr. Charitable Trust and the Mary Duke Biddle Foundation, awards $55,000 annually for student projects.

“It means a lot, being able to use this funding to do something meaningful,” Salat said. “A lot of people are going to be benefiting from this.”

Salat grew up in Wajir County in Kenya and said the under-resourced education system there leads to few opportunities for young people to earn four-year degrees and acquire high-earnings jobs. Instead, many people receive a two-year degree in a trade school learning carpentry, masonry or electrical work, he said.

But even after they graduate with a strong skill set, finding a paying job can be a struggle.

The project will offer support and resources to trade school students so they can grow their skills and create their own income. A young carpenter, for example, could get funding for the tools and supplies needed to get a business off the ground.

“Not only would that spur business growth in that region, but the biggest impact is that it will encourage the youth to keep doing what they want to because they will realize the infrastructure is there, and after college, they have that support system,” Khan said.

Salat said mentorship is a vital part of the project. He and Khan are working to develop a mentor network with professionals in the area to help the new business owners learn skills like marketing.

Khan and Salat are partnering with an organization called Kaah Education and Social Development Association, which Salat started several years ago to support youth in Northern Kenya, to bring their concept to the Wajir community. The project currently has a team in Kenya gathering data to determine the best way to meet the needs of the community.

They plan to launch a pilot program and award the first grant in the spring. They already are hopeful they can bring their project to other communities.

“We hope to one day expand our project beyond Kenya,” Khan said. “This is a problem that is prevalent globally therefore addressing this in multiple communities allows many people to benefit from our resources and vision”