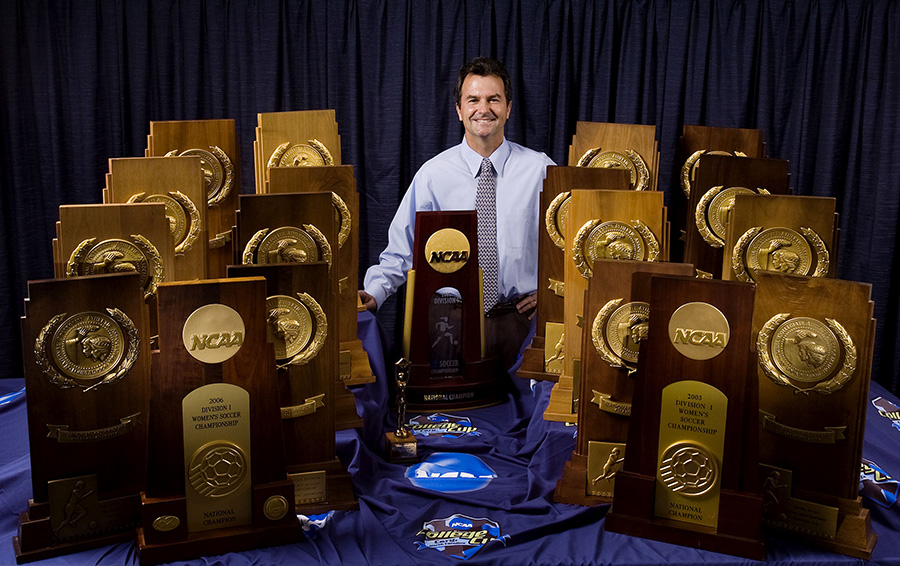 The 2019 FIFA Women’s World Cup is underway in France, and the United States is looking to defend its title from 2015. With three World Cup titles and four Olympic gold medals, the American team is certainly a dynasty in international women’s soccer.

The foundations for that dynasty were laid by Carolina’s legendary women’s soccer coach Anson Dorrance, who coached the national team from 1986 to 1994 and led the United States to victory in the first Women’s World Cup in 1991.

Throughout that time, he was still coaching the Tar Heels, too. His Carolina team is another women’s soccer dynasty. More than half of the national titles awarded in women’s collegiate soccer history have been won by Dorrance’s Tar Heels.

On this week’s episode, Dorrance discusses how his two dynasties come together at the World Cup — when former Carolina student-athletes represent their countries on the world’s biggest stage. He also shares what excites him about this upcoming Carolina season, when the Tar Heels will return to Chapel Hill after playing their home games off campus for two years while a new stadium was under construction.

Listen to this episode on SoundCloud or wherever you get podcasts

Read a transcript of the episode