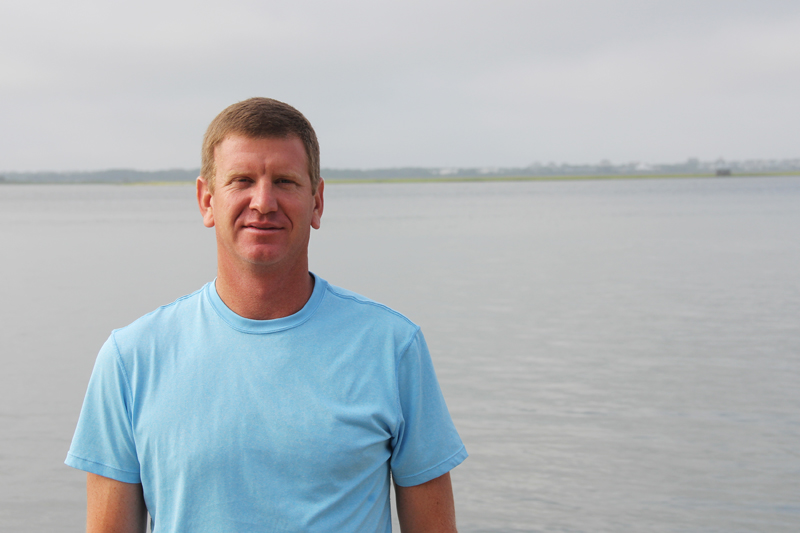 While sharks are often cast as the villain in movies, sharks on the coast of North Carolina aren’t ill-intended — they’re just trying to find food while avoiding risk.

With 50 species of sharks visiting the North Carolina coast throughout the year, they’re typically foraging for meals in the same areas that tourists spend their summers in.

But Joel Fodrie, an associate professor and researcher at the UNC Institute of Marine Sciences, explains that the likelihood of a shark encounter is incredibly low.

Swimmers are within 10 or 20 yards of sharks more often than they think, and while movies will tell us that this can spell disaster, Fodrie disagrees.

“Sharks are highly evolved,” he explained.

They can smell blood in the water much farther away than humans ever could, and also use electric fields and sound waves to sense injured animals, but humans don’t put out the same cues as what sharks are foraging for, and these underwater visitors stay away from what they aren’t familiar with.

On this episode of Well Said, Fodrie discusses an ongoing shark survey performed by IMS researchers, as well as shares what any beachgoer should understand about sharing the water with sharks this summer.

Listen to this episode on SoundCloud or wherever you get podcasts.

Read a transcript of the episode.