When University of North Carolina at Chapel Hill physician and researcher Elizabeth Stringer finished her OB-GYN residency in 2001, she and her husband, Jeff, had one young child and another on the way, and were considering the next steps in their careers and lives.

“We had both become very interested in global health after spending six weeks in Thailand on an HIV project,” said Stringer, an associate professor in the UNC School of Medicine. “I remember the night we decided to move to Zambia. We were sitting outside at a Lebanese restaurant on a warm, beautiful night, and I just burst into tears.”

Stringer had been to Zambia once before, and admittedly had never considered moving there.

“It was just scary. I wasn’t connected to Zambia then, and I saw it very superficially. A rundown hotel, food I didn’t like, poverty. To uproot our family with young children and move to this place seemed crazy. But, I knew that I had to do it. It was the right thing to do, and I felt that calling to help people around the world.”

When Stringer stepped onto Zambian soil for the second time, it wasn’t long before everything changed.

“Once I was there, it became evident that this was exactly where I needed to be. When I threw myself into my work, I found so much beauty, from the people to the place, that I hadn’t appreciated before.”

Thinking back to 2001, Stringer described settling into Zambia as a whirlwind.

“There was so much work to do, and there was funding to do it,” she said. “We were getting several grants, and it was so exciting to have the opportunity to do what people said couldn’t be done.” 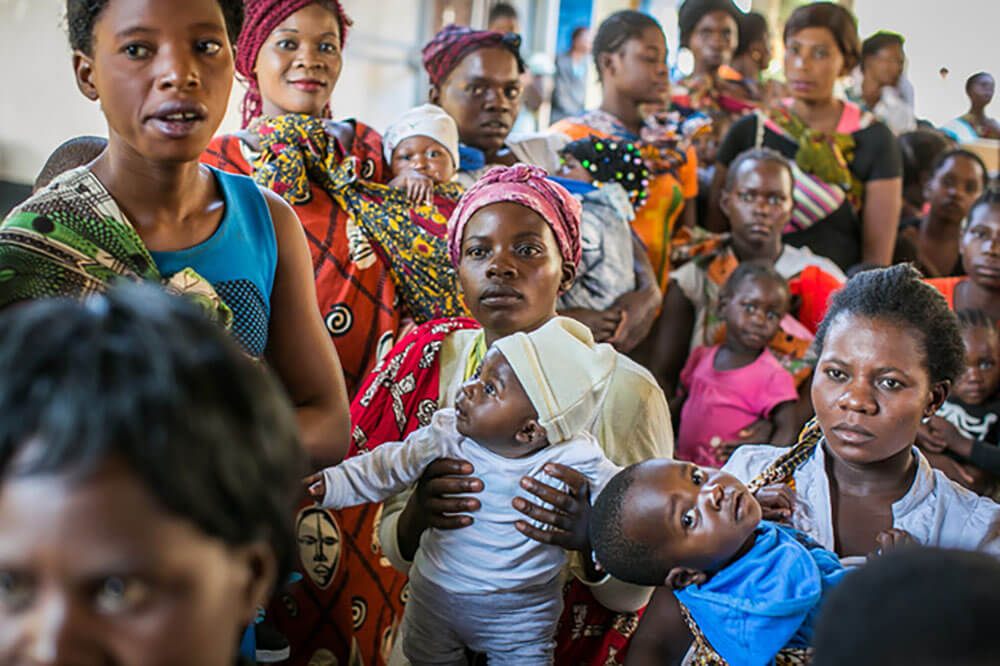 Beyond the clinic walls, the Stringers had made friends, and their children were happy.

“We felt we were in the right place at the right time,” Stringer said. “We just couldn’t leave.”

The one year Stringer and her family intended to stay in Lusaka, Zambia, turned into 12.

Stringer arrived in Lusaka tasked with developing a contraceptive project for HIV-infected women. However, what she found was a fragile health care system without routine HIV testing for expecting mothers, even though a quarter of these women were infected. She couldn’t even begin to tackle what she was there to do without first addressing basic issues related to pregnancy.

Many medical practices that we see as basic in the U.S., such as ultrasound technology, are not available to Zambian doctors and nurses. One of Stringer’s many projects through Carolina is improving access to ultrasounds and better interpretation of results.

Sonographers in the U.S. are highly trained and know exactly how to spot trouble, but such expertise is very hard to come by in Zambia. Babies who go past their due date are also much more likely to be stillborn, so when the accurate dating of a pregnancy is unknown, it can quickly become dangerous for mother and child. Ultrasound technology becomes critical in this situation.

Another challenge Stringer faced upon her arrival: the Zambian HIV transmission rate from mother to baby during labor, when most transmission occurs, was 25 percent; with breastfeeding that rate could reach 40 percent. But with medication, the rate could drop to 1 percent. Without HIV/AIDS testing or treatment, Zambian hospitals were overflowing with people and babies dying of AIDS.

“These deaths were preventable, but with the lack of infrastructure and funding these people had no treatment and were dying,” Stringer said. “In other places around the world such as the U.S., there was an abundance of treatments.” 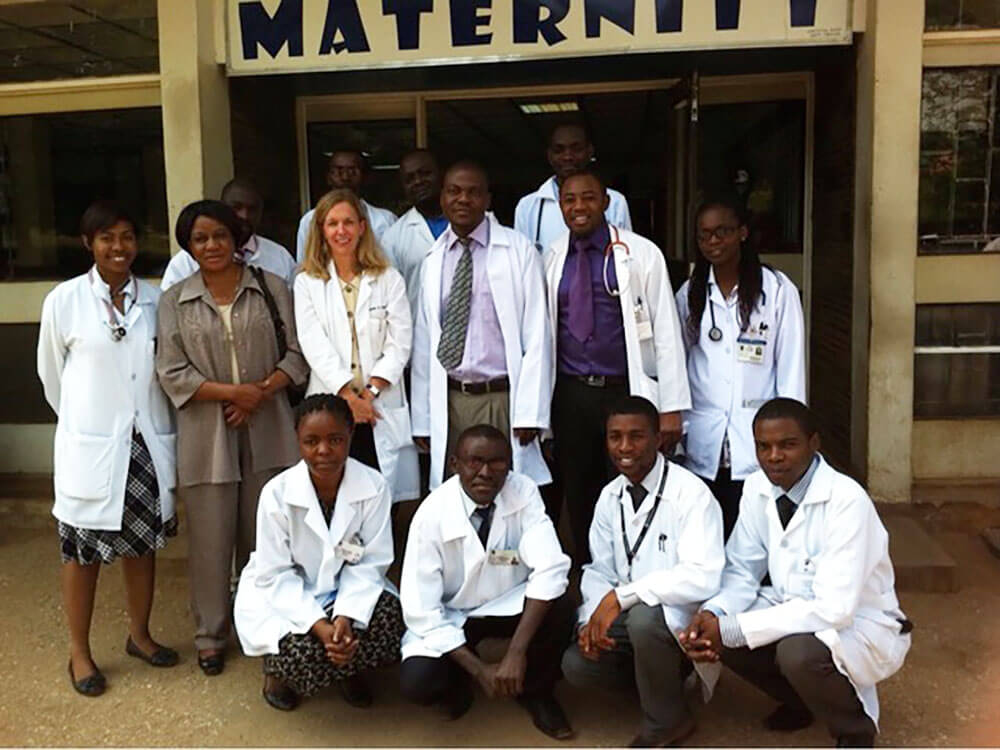 While there, a grant from the Elizabeth Glaser Pediatric AIDS Foundation enabled her to develop a program to test pregnant women for HIV. Women who tested positive were given a single dose of an HIV treatment drug during labor, and their baby received one after birth.

Stringer’s treatment system held the promise of reducing transmission rates, but delivering these diagnostic, treatment and preventative services came with challenges in the weakened health care system. But Stringer and her team persevered, implementing a testing and treatment program for women in all of Lusaka and helping to expand it into the southern part of Zambia as well. Their work helped train nurses to perform basic HIV testing, but Stringer also saw the need for effective communication with women after diagnosis. She trained midwives to break the news to HIV-positive women gently but clearly, and counsel the women on their treatment options.

“The testing itself is one thing, but how do you break these results to women?” Stringer said. “It’s not like testing someone for anemia or the flu. There are a lot of social issues intertwined with this, like partner status and the stigma in the community, so communicating well and being a resource for these women during such a vulnerable time is crucial. [They are] already treated as second-class citizens as women in that community, but HIV-positive women are often chased from their homes, and many are dependent on their husbands and families for money. It’s a devastating diagnosis.”

Stringer is heartened to see the progression of health care in Zambia, even though it remains weak. Her personal experiences, as well as her drive to serve others, are what keep her focused as a Tar Heel physician. She strives to continue to be a part of this positive change.

“There were times where I would cry in the middle of the hospital and have to leave rounds because I was so distraught. The Zambian doctors would be looking at me, wondering why I was crying. When there was an 18-year-old dying in childbirth, or a stillborn child, it was just another Tuesday for them. I could never accept that.”

Thanks to years of collaboration and Stringer’s ongoing work, the mother-to-child HIV transmission rate is now less than 5 percent, and over 50 percent of women are already on prevention or treatment medicines when they come to the clinic.

Since arriving at Carolina in 2012, Stringer has continued to conduct global research in Zambia and Nicaragua on issues ranging from mother-to-child HIV transmission to Zika virus prevention. She has widened her research with projects on ultrasound use, postpartum depression, and premature births, and will work closely with her husband in an upcoming grant to conduct studies on improving pregnancy outcomes in developing countries — with a focus on Zambia.

“After I made the decision to pursue medicine, it wasn’t that hard of a choice for me to go into OB-GYN and women’s care,” Stringer said. “My connection with women and the social justice that comes with serving them is more fulfilling than anything.”

Stringer returns to Zambia regularly to continue her research for the women who have every odd stacked against them.

“There is always more work to do.”

Learn more about UNC School of Medicine in the Campaign for Carolina.