Niki Vilas Boas and Becca Segal spent much of their high school years on pool decks as members of Cary Academy’s swim team, but as they progressed in the sport, they saw the numbers of their fellow female swimmers decline.

Girls, they found, are more than twice as likely than boys to drop out of swimming by the time they graduate high school.

“We both found so much benefit in swimming and other sports and realized that there are all these young women who are being dissuaded from a journey that we think is really important,” Segal said.

The two Tar Heels decided to take action to try to stop the trend. As high schoolers, Segal and Vilas Boas founded Wotter, a company that produces competitive swimming accessories designed for exclusively for women to empower female swimmers.

“We wanted to do as much as we could to possibly ensure that girls our age or younger were seeing themselves reflected in the space that we think is really important for everyone,” said Segal, who will be enrolling in Carolina in the fall of 2021 after taking a gap year.

The spark for Wotter came when Vilas Boas was in sixth grade and preparing to purchase her first swim parka — a large jacket that keeps swimmers warm on the pool deck between events. Her options were limited, and there was nothing made just for her.

“It was basically just a giant black and white coat and that coat is unisex, therefore catered to the male physique,” said Vilas Boas, a first-year student studying business.

Vilas Boas and her mother saw an opportunity and began brainstorming parka designs for women but didn’t pursue the idea at the time.

It wasn’t until four years later, when Cary Academy hosted an entrepreneurship competition, that Vilas Boas brought the idea back out and got Segal on board. After they finished second in the competition and began hearing from investors, they knew they had an idea that would sell and began to work on the parka’s design.

They weren’t looking to simply “pink it and shrink it.” They wanted to create a usable parka for female swimmers. They added in-seams, made the parka slimmer at the waist and enlarged the hood for longer hair. 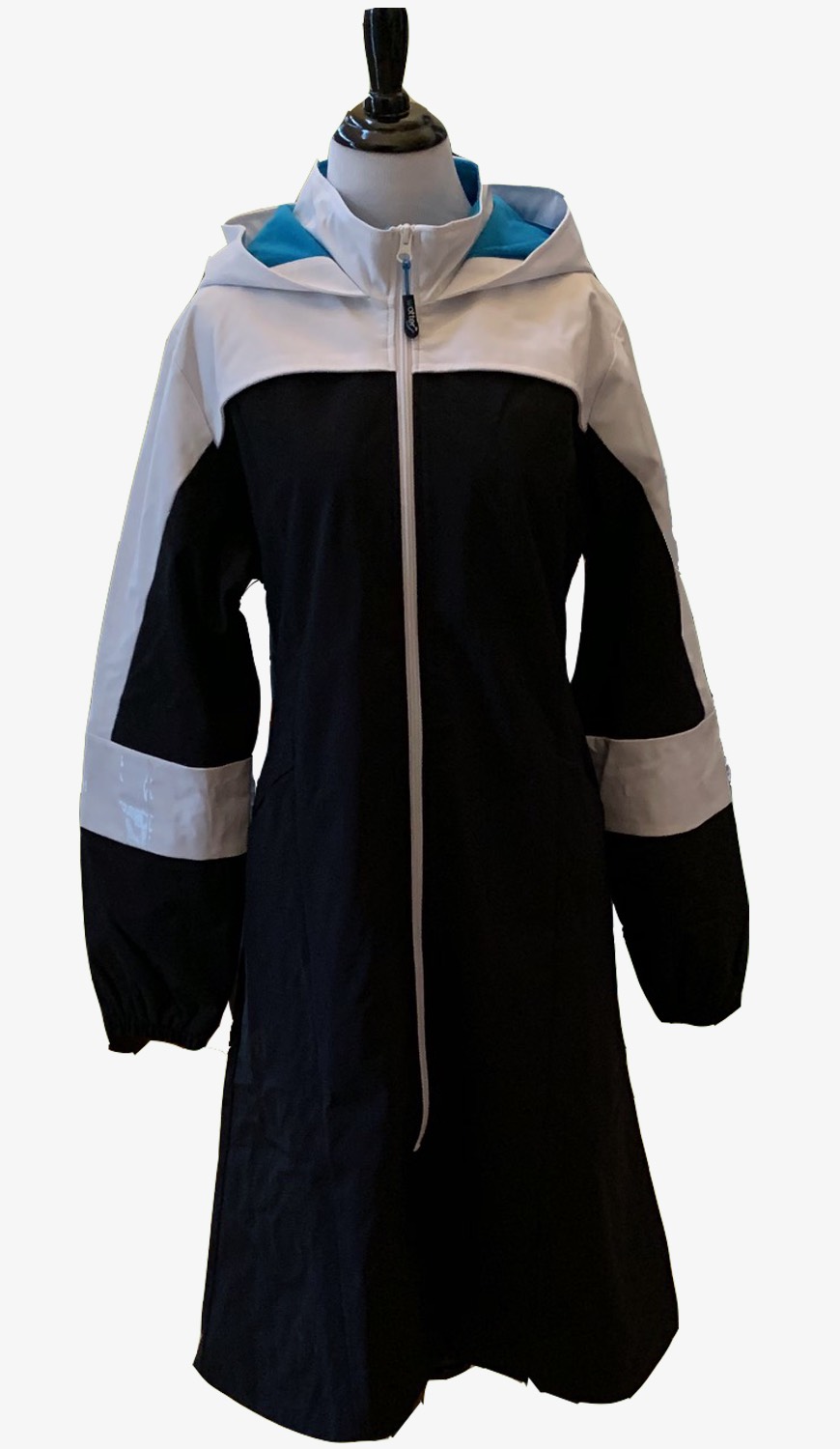 “We wanted to incorporate female aspects so that when women wore it on the pool deck, they felt empowered and thought of,” Vilas Boas said. “We wanted to step out and be different, but at the same time there are certain functionalities that are included in the original parka that are important in what makes it a swimming parka.”

After three prototypes, Segal and Vilas Boas started working with manufacturers and created a Kickstarter campaign that raised $36,000 to get the company off the ground. Since launching, Wotter has sold more than 500 parkas through its website and at swim meets.

Segal has even found herself competing against swimmers sporting Wotter gear.

“I was lining up and ready to go in one of the last events, and one of the girls in front of me in line had our parka on,” Segal said. “That was a surreal moment — to see something that we had conceptualized and created from start to finish was now something that this person had gone and spent their money on.”

And though the parka is their flagship product, it’s just the start of a growing line of accessories that includes apparel, towels and swim caps.

“We want to keep building out and include women in sports in as many ways as we can,” Segal said. “We want to do a line of bathing suits that focus on body positivity and we want to get into more competitive gear.”

At the core of Wotter, Vilas Boas said, remains women empowerment. And that doesn’t just mean in their products. Their brand as a whole represents that mission.

“We were promoting the idea of two high school girls starting a company and the concept that not only can you be a female entrepreneur, but you can be a young female entrepreneur, and you can do whatever you want at any age with any gender just like everybody else,” she said. “Anybody can do what we’re doing if you just put forth the effort.”

That entrepreneurial experience has shaped how they plan spend their years at Carolina. For Segal, who plans on studying public policy next year, Wotter has shown her a new path for advocacy and addressing issues.

“It was a very experiential way to learn about the intersection of public and private life and how there are multiple avenues to make a change,” she said. “It opened up a whole new world of possibilities that I hadn’t entertained before.”

Vilas Boas is already pairing her experiential learning with formal coursework at the UNC Kenan-Flagler Business School, honing her business acumen and using it to continue building the business.

“I was pretty clueless most of high school when I had to start thinking about what I had to do in college,” she said. “Once Wotter became this super exciting passion project and it was constantly in my life, there’s no question that I want to pursue business.”