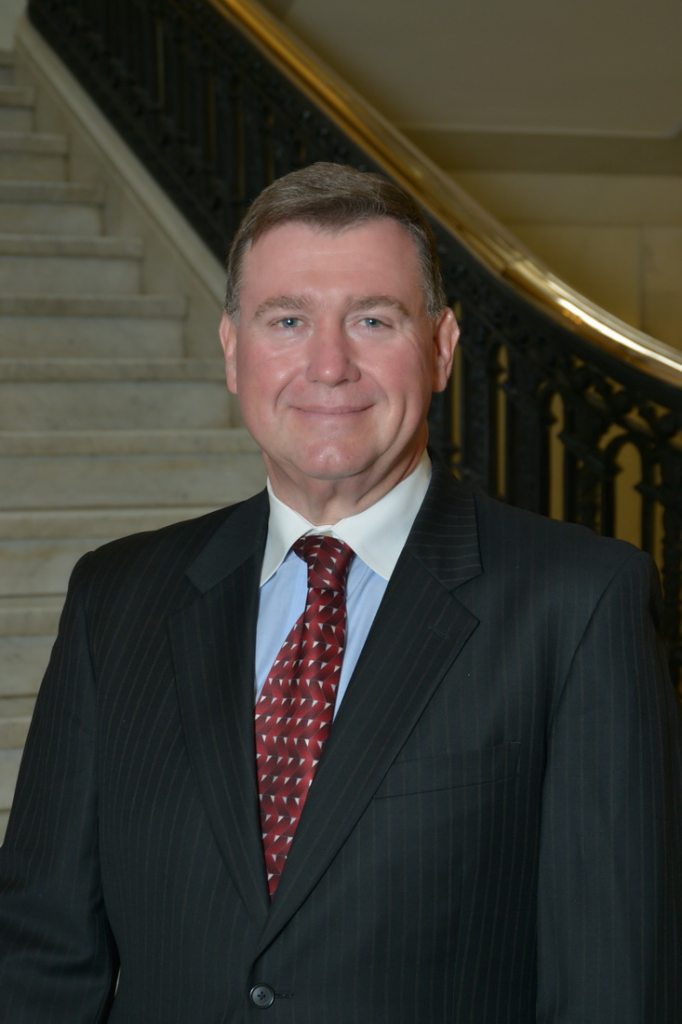 of the Supreme Court of Missouri will give a talk on Juvenile Brain Science and Eighth Amendment Jurisprudence. Science is fact which assists the judiciary in its truth-seeking function. But does science — particularly that regarding the developing, adolescent brain — provide a good basis for constitutional doctrine? What would scientists say about the difference in adolescent brain development between genders?

Honorable Zel M. Fischer was appointed to the Supreme Court of Missouri October 2008 and retained by the voters in the November 2010 general election for a 12 year term expiring December 31, 2022. Prior to becoming a Judge on the Supreme Court of Missouri, Judge Fischer was a trial judge and trial lawyer in Northwest Missouri where he was born and raised and still resides today. He graduated from William Jewell College with majors in political science and philosophy, receiving the Harry S. Truman most outstanding Political Science Major, and was honored by William Jewell College with the Citation for Lifetime Achievement. He received his law degree with distinction from the University of Missouri-Kansas City School of Law. Judge Fischer formerly served on the Board of Directors of the Conference of Chief Justices. He is an ASTAR/NCSI Fellow, which is a select group of judges from around the country who have special training and education to preside over complex cases involving difficult science and technology issues. Judge Fischer is President of the National Courts and Sciences Institute, which is a not-for-profit organization dedicated to training judges in Science. The NCSI Board of Directors selected him to be the President and chair of the Executive Committee. He also serves as a member of the National Advisory Board for the University of North Carolina Bryson Center for Judicial Science Education. Judge Fischer is a frequent lecturer to judges and lawyers regarding the intersection of science and the law as well as constitutional issues and professional ethics and he is also actively involved in presenting Constitutional Forums at high schools, colleges, and universities, where he impresses upon the students the prominent importance of protecting the rights guaranteed by the Constitution.