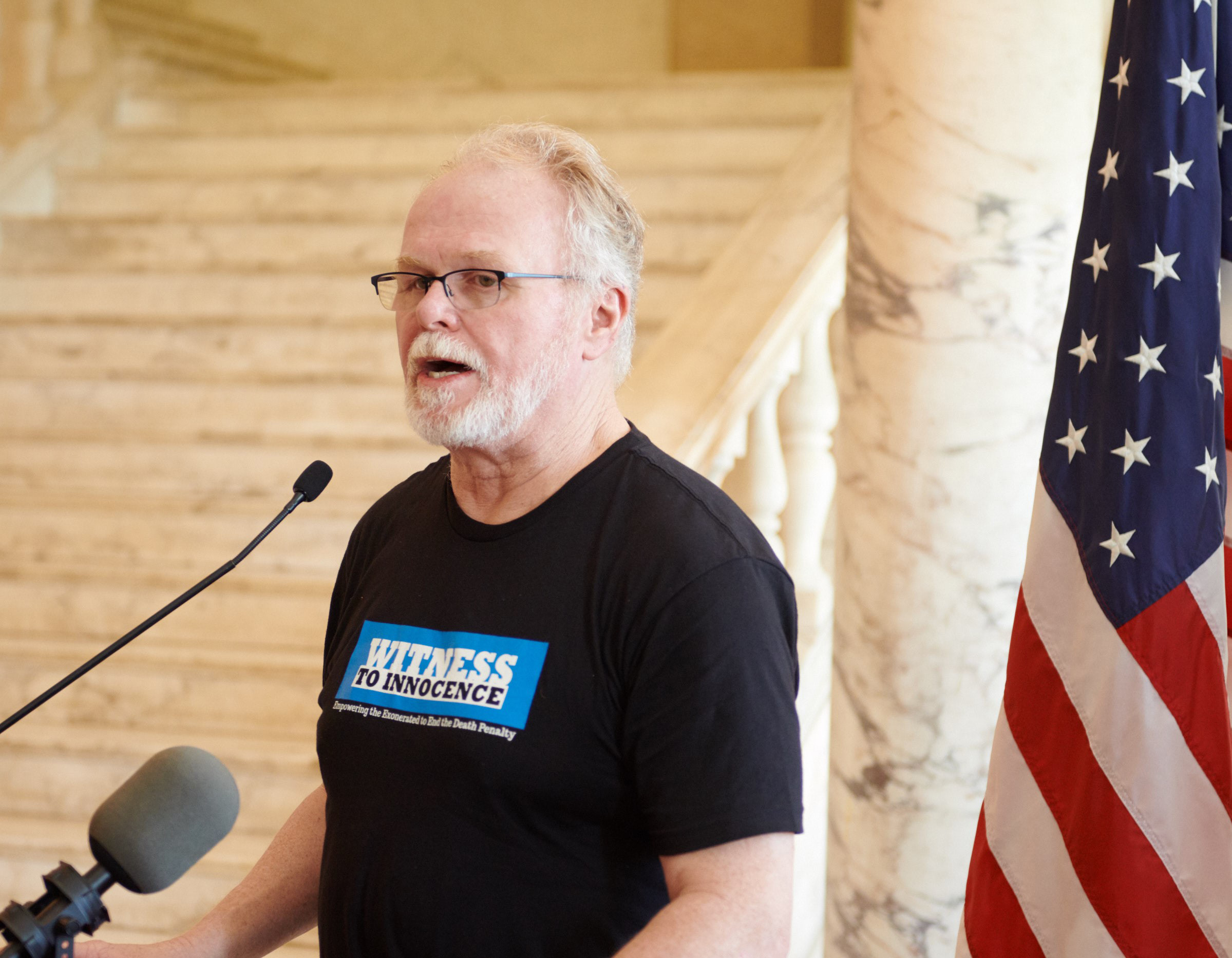 Join Kirk Bloodsworth as he kicks off the “Race, Innocence and End of the Death Penalty Speaker Series,” organized by Frank Baumgartner, Richard J. Richardson Distinguished Professor of Political Science.

Bloodsworth, an honorably discharged U.S. Marine, was wrongfully convicted of killing a young girl and sentenced to death in the state of Maryland. He was the first person in the United States to be exonerated from death row based on DNA testing. He is now the executive director of Witness to Innocence, an organization that supports exonerees from death row and brings attention to the issue of innocence.

Learn about the speaker series, which is tied to Baumgartner’s class.