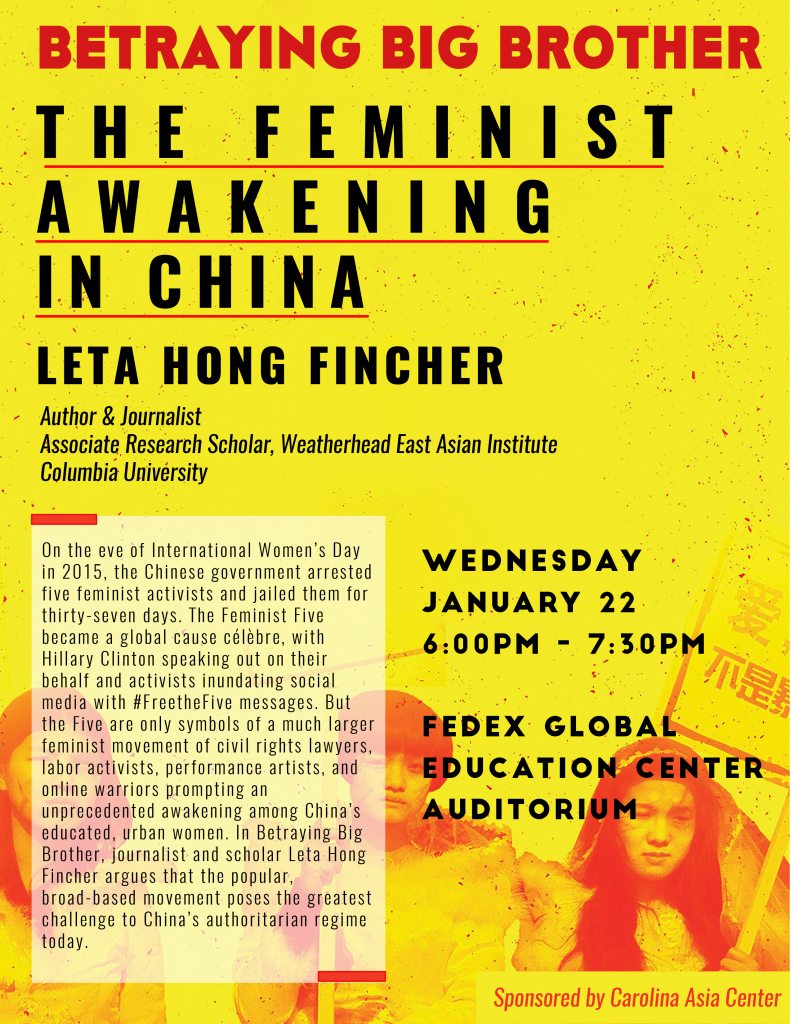 On the eve of International Women’s Day in 2015, the Chinese government arrested five feminist activists and jailed them for 37 days. The Feminist Five became a global cause célèbre, with Hillary Clinton speaking out on their behalf, and activists inundating social media with #FreetheFive messages. But the Feminist Five are only symbols of a much larger feminist movement of university students, labor activists, civil rights lawyers, performance artists and online warriors that is prompting an unprecedented awakening among China’s urban, educated women. In Betraying Big Brother, journalist and scholar Leta Hong Fincher argues that the popular, broad-based movement poses a unique threat to China’s authoritarian regime today. Tracing the rise of a new feminist consciousness now finding expression through the #MeToo movement, and describing how the Communist regime has suppressed the history of its own feminist struggles, Betraying Big Brother is a story of how the movement against patriarchy could reconfigure China and the world.

Leta Hong Fincher has written for the New York Times, Washington Post, The Guardian, Dissent Magazine, Ms. Magazine, BBC, CNN and others. She won the Society of Professional Journalists Sigma Delta Chi award for her China reporting. Fluent in Mandarin, Leta is the first American to receive a Ph.D. from Tsinghua University’s Department of Sociology in Beijing and is currently an Adjunct Assistant Professor at Columbia University. She has a master’s degree from Stanford University and a bachelor’s degree with high honors from Harvard University. Leta’s latest book, Betraying Big Brother: The Feminist Awakening in China (Verso), was named one of the best books of 2018 by Vanity Fair, Newsweek, Foreign Policy Interrupted, Bitch Media and Autostraddle. Leta’s first book, Leftover Women: The Resurgence of Gender Inequality in China (Zed 2014), was named one of the top 5 China books of 2014 by the Asia Society’s ChinaFile, one of the best books in 2014 by Foreign Policy Interrupted and one of the best Asian books of 2014 by Asia House. Leftover Women was named on New Left Review’s list of favorite books to read for International Women’s Day in 2017 and 2016. In 2018, it was named on the New York Times list of recommended books on China and Time Out Beijing’s list of best books on women in modern China. In 2019, it was named on SupChina’s list of “100 China books you have to read.”  Named by the Telegraph as an “awesome woman to follow on Twitter,” you may follow her @LetaHong.

*ATTENTION: Parking at the McCauley Deck is now $1/weeknight Monday -Thursday after 5pm. There are several options for payment, including on the ParkMobile app, over the phone, on the ParkMobile website, and at the pay station.