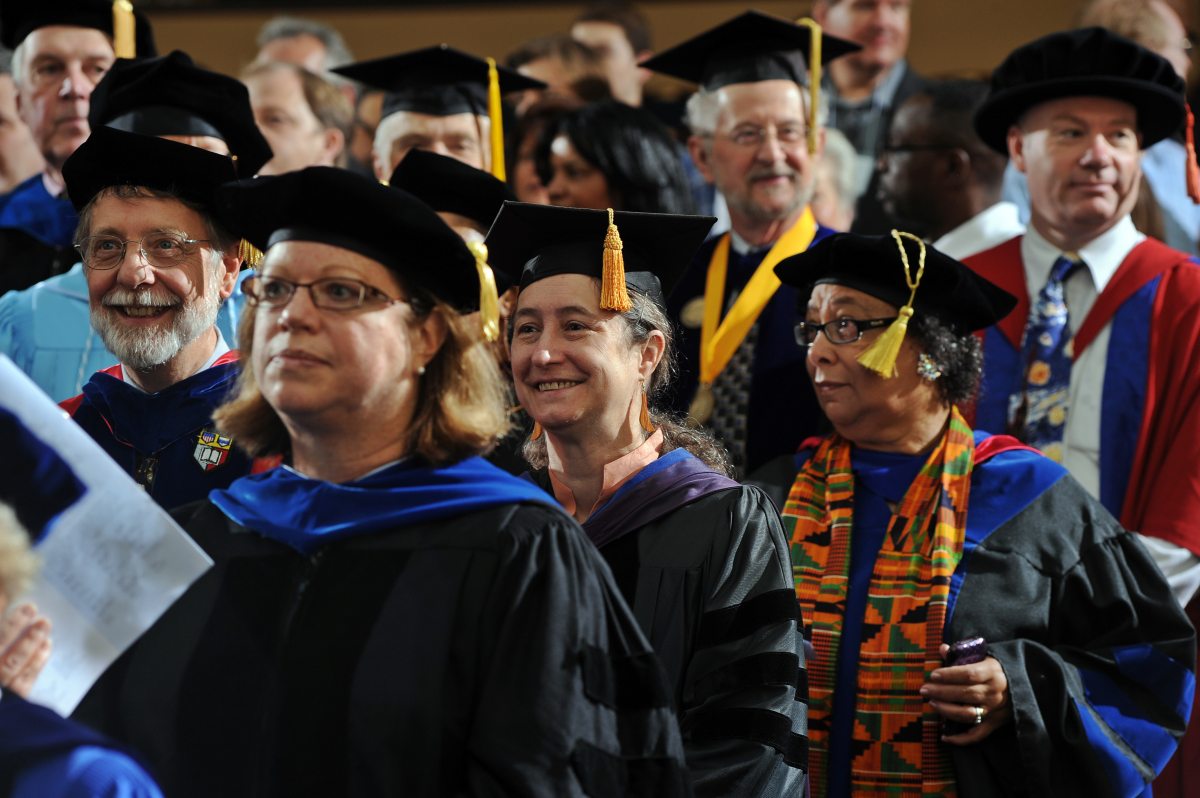 University Day is an occasion to remember the University’s past and celebrate its future. The date, October 12, marks the laying of the cornerstone of Old East, the institution’s first building and the oldest state university building in the nation. The Carolina community first celebrated University Day in 1877, after Governor Zebulon B. Vance, as chair of the Board of Trustees, ordered that the day “be observed with appropriate ceremonies under the direction of the faculty.”

Since 1971, the faculty has presented the Distinguished Alumna and Alumnus Awards on University Day to recognize those Tar Heels who have made outstanding contributions to humanity.

Public higher education began in Chapel Hill in 1793, and for more than two hundred years Carolina has symbolized the importance of education in a democratic nation. It remains a place defined by those values, as noted by Governor Terry Sanford in 1987, of “freedom and liberty and tolerance, the search for truth, the defense of dignity, courage to arrive freely at convictions, and the personal courage to stand for those hopes and truths.”