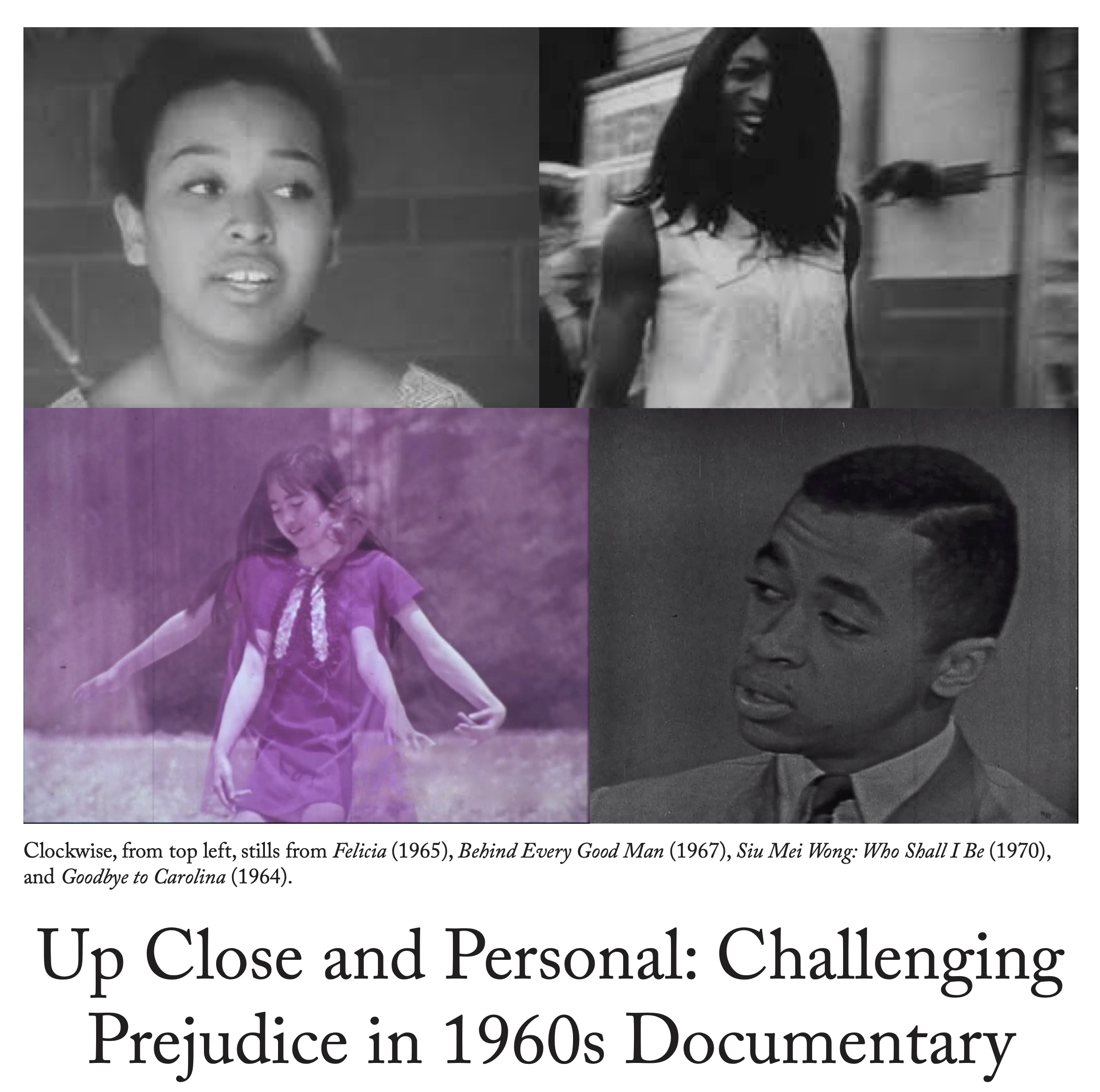 This film program will feature four short films that address the topic of prejudice by focusing on individual experiences of racial, ethnic, and gender discrimination. Three of these films (Felicia, Behind Every Good Man andSiu Mei Wong: Who Shall I Be)are discussed in a new edited collection, Screening Race in American Nontheatrical Film, which was published by Duke University Press in November 2019. The fourth film, Goodbye to Carolina(Dir. Clive Hewitt, 1964, 27 minutes), was filmed on the campus of the University of North Carolina in May 1964, and features interviews with students at North Carolina A&T about their experiences of discrimination in the state. Collectively, these intimate portraits of everyday encounters with prejudice and hate give us both insight into how young people in the 1960s addressed hate, and also a model for how media can be used productively to give us insight into the lives of people who are most affected by hate. A panel discussion with Martin L. Johnson, Charlene Regester, including guest speakers Marsha Gordon and Skip Elsheimer, will follow the screening.

The total running time of the film program is 65 minutes.

This event is supported by the College of Arts & Sciences initiative Countering Hate: Overcoming Fear of Differences.