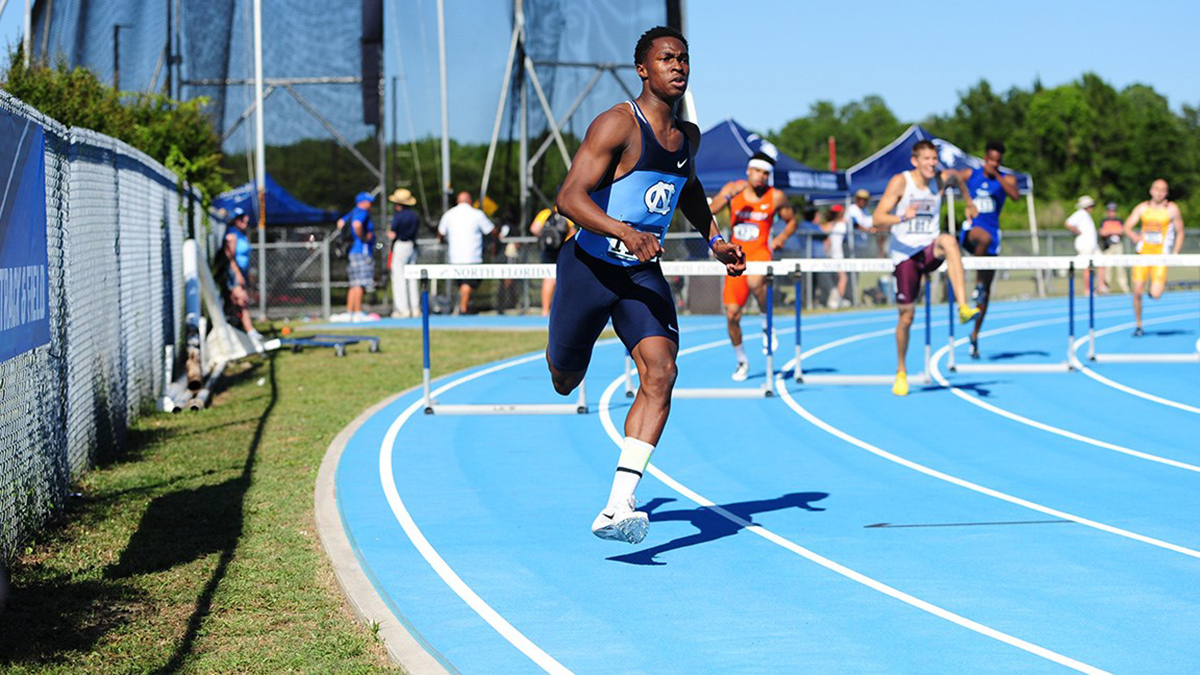 Kenny Selmon earned the title of national champion at the USATF Outdoor Championships in the men’s 400-meter hurdles with a time of 48.21, the second-fastest mark of his career. His first-place finish secures Selmon a spot on Team USA.

“Just the race itself, I am just so proud,” Selmon said. “I’ve been waiting to be a part of the UNC University of National Champions. I wanted to be able to call myself a national champion so it’s an honor to do that in my last race in a UNC uniform. It has been really cool so I’m feeling really great. I’m feeling amazing actually.”

Entering the final with sixth fastest time of 49.30, Selmon was placed in lane eight. With a late withdrawal from lane seven, the Carolina record holder had to find a way to push through the hurdles without knowing how his competition was running.

“You know, I don’t dislike lane eight,” Selmon said. “Could I say I wanted lane eight? No, but when I got lane eight I thought ‘I’m good.’ I’ll focus on myself, worry about my race, and then we’ll see how it happens. Having the blind race was scary because you’re just running away from everybody and it’s better to know what’s going on in the race, but I’m okay. I’m okay and I’m so glad that I was able to focus on myself and do that.”

Selmon joins teammate Nicole Green as the first Tar Heels to win a national champion title since Justin Ryncavage won the NCAA javelin title in 2007. He is also a five-time All-America, the 2018 USTFCCCA Southeast Region Men’s Track Athlete of the Year, a five-time ACC Champion, and a 14-time All-ACC honoree. As a sophomore, Selmon took 13th in the 400-meter hurdles semifinals at the 2016 U.S. Olympic Trials with a time of 50.76. In his last NCAA Outdoor Championship appearance, he broke his own Carolina record in the 400-meter hurdles with a second-place time of 48.12.

“It’s been an amazing journey for Kenny,” Carolina head coach Harlis Meaders said. “I’m super excited to see him become a USA senior national champion in his final meet as a collegiate. What a perfect way to go out and to start the next phase of his track and field career. USA championships is one of the hardest championships to win. Again, he still ranks among the top eight in the world in this particular event. It’s just fun to look back at him coming in as a freshman just four years ago and now the growth that he’s had and the amount of success he has brought to our program. I’m super excited for him and his parents. I know they were probably there cheering him on and i can’t think of a better way for him to end his collegiate career.”