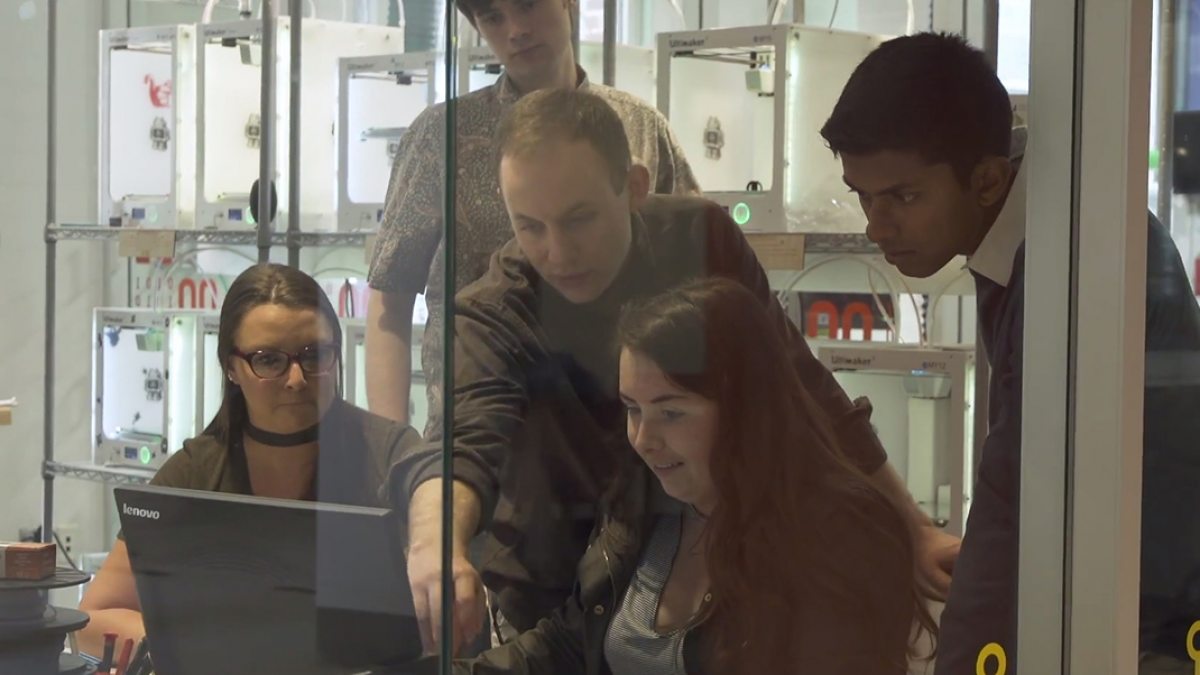 Local communities across the state continue to reap the economic benefits of startups launched by UNC-Chapel Hill faculty, students and staff, according to a biannual report that analyzes the economic impact of the University’s commercial and social ventures.

The analysis conducted in mid-2018 by Innovate Carolina, the campus-wide initiative for innovation and entrepreneurship, indicates that UNC-Chapel Hill startup companies and social ventures provide an increasing number of jobs and a growing revenue stream to local economies. The majority of these companies are headquartered in the state and bring valuable University-born ideas and inventions to the market.

As of June 2018, data on UNC-affiliated ventures show:

● 83 percent of active ventures (376 of 454) are headquartered in 24 North Carolina counties, a 12 percent increase in the number of active UNC-affiliated ventures based in the state compared to 336 of such startups at this time in 2017.

● 94 percent of the annual revenue ($10.5 billion of the $11.2 billion) earned by the ventures comes from those headquartered in North Carolina.

● 71,986 people are employed by these ventures, with 8,902 of these employees located in North Carolina.

The research includes ventures founded by faculty, staff and students during their time at UNC-Chapel Hill or within three years of graduating from or leaving the University.

The increase in startups coincides with the rise in UNC-Chapel Hill faculty and students who are pursing commercial applications for their ideas and inventions based on intellectual property (IP). Additional analysis conducted by the University’s Office of Technology Commercialization shows increases in go-to-market activity when comparing two five-year periods (2009-13 compared to 2014-18). As of the end of fiscal year 2018, the data show a:

“Our faculty and students are working hard to imagine new possibilities and then turn their ideas into real-world innovations and companies that can take root and grow in North Carolina communities,” said Judith Cone, vice chancellor for innovation, entrepreneurship and economic development. “Moving ideas that are hatched within our classrooms and labs into the market infuses more jobs and revenue into local economies. Our citizens also experience Carolina innovations on a human level that transcends pure economics. New products, social ventures, novel medical devices and promising treatments improve and save the lives of people across our state and around the world.”

The analysis of UNC-Chapel Hill startups is based on the Innovate Carolina Startups Database, which takes a more comprehensive approach than the standard method of tracking startups used by other colleges and universities. While many institutions track startups founded on university IP, the Innovate Carolina database goes further. It includes all types of ventures – University IP-based startups, those not based on University IP and social ventures – to give UNC-Chapel Hill a complete picture of the impact.

A number of Carolina startups made significant advances during early-to-mid 2018:

● Liquidia, a biotechnology and nanotechnology company that was founded by Joe DeSimone, a professor in the Department of Chemistry, precisely engineers drug particles in a wide variety of compositions, sizes and shapes. The company announced an initial public offering of its stock and raised more than $50 million. Its technology is designed to make a wide range of treatments more effective and is initially focused on a new therapy for the rare lung disease arterial pulmonary hypertension and a non-opioid anesthetic for localized post-operative pain.

● Renovion, a company based on the research of David Henke, an associate professor in the UNC School of Medicine, develops therapies for lung transplant patients and chronic inflammatory airway diseases like cystic fibrosis, asthma and COPD. The company recently raised $350,000 in private equity and is working toward approval on the first drug for bilateral lung transplant patients.