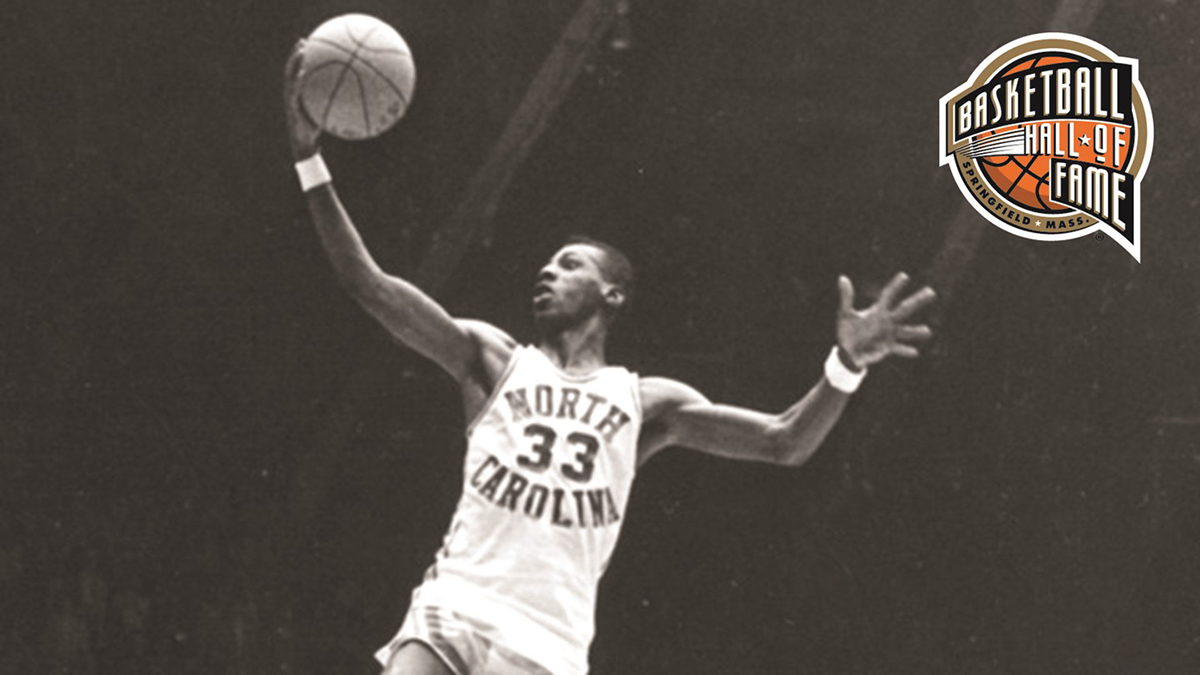 It has been 50 years since Charles Scott took over the ACC Tournament.

The last five decades have seen many remarkable post-season performances by Carolina players — by Robert McAdoo, Phil Ford, James Worthy, Michael Jordan, J.R. Reid, Antawn Jamison, Tyler Hansbrough, Joel Berry II and so many others. You get the idea. There have simply been too many to name.

But, to those who were in the Charlotte Coliseum in 1969, it’s hard to say any of them could match what Scott did that weekend.

He almost single-handedly brought the Tar Heels from near-certain defeat to a stunning win over Duke in the tournament title game, propelling Carolina to its third consecutive NCAA Tournament and eventual Final Four in an era when only the conference champion was invited to compete.

Scott seemed to thrive in those situations. He seemed to always rise to the occasion when the pressure was the greatest.

His clutch performance in such games, both collegiately and professionally, is a big reason he will be inducted into the Naismith Basketball Hall of Fame Friday night.

Of course, the basketball court wasn’t the only place Scott successfully dealt with pressure. There was also a different kind. Teaming with head coach Dean Smith, he became a transcendent player as Carolina’s first African-American scholarship athlete. Looking back on his career, the first line should, and often does, credit his role in breaking barriers and blazing a path for countless black players to follow in his footsteps, both at Carolina and across the South. But often his exceptional prowess on the court is overlooked. Not only was he the Tar Heels’ first black player, he was the first to be a star at a major college in the South.

Scott was a three-time All-ACC selection, twice a first-team All-America, an Academic All-America and a member of the 1968 gold medal-winning U.S. Olympic Team. A 6-5 guard/forward, Scott averaged 17.6 points a game as a sophomore, 22.3 as a junior and 27.1 as a senior. His scoring average in 1970 is the third highest in Carolina history.

His 2,007 career points – achieved without the benefit of a three-point line – are still the sixth most in school history and the second most by anyone who only played three seasons. He ranks fourth in scoring average at 22.1.

The New York City native was not only just a great scorer. By the time he graduated, he was the finest defender in the ACC. Steals were not an official record then or he would still dominate those figures as well.

The 1969 ACC Tournament started off in unspectacular fashion. Scott only played 27 minutes and had 11 points in a 24-point rout of Clemson. The following night Carolina trailed Wake Forest, 37-29, at halftime. But, with Scott scoring 23 points, the Tar Heels rallied for an 80-72 win.

Next came Duke in the championship game. Guard Dick Grubar suffered a knee injury early in the game. Bill Bunting and Rusty Clark quickly got in foul trouble and the Blue Devils built a 43-34 halftime lead. That margin immediately grew to 11.

Scott then took over the game. He scored 25 points in the second half, hitting 12 of 13 shots and finished with 40, lifting Carolina to an 85-74 victory. The 40 points is still the ACC championship game record.

Duke Coach Vic Bubas summed up the game as well as anyone.

“He simply refused to lose,” said Bubas. “I don’t know if any of their other players thought they could come back. But, he was like Zorro out there, slicing us up. When a guy hits a 30-footer, going to his left and falling into the crowd, all you can do is say ‘Nice going.'”

That wasn’t a one-time effort. He was at his best in pressure games against the Tar Heels’ Big Four rivals—Duke, NC State and Wake Forest. In his career, he averaged 24.1 points against the Wolfpack, 25.1 against the Blue Devils and 28.7 against the Deacons.

Just seven days after Scott’s 40-point performance against the Blue Devils, he beat the buzzer with a jumper from the top of the key to knock off Lefty Driesell’s Davidson Wildcats, 87-85, to send the Tar Heels to their third consecutive Final Four.

Smith predicted Scott would be an even more explosive professional player. He would no longer have to face zone defenses or double-teaming. The game would be more wide open.

Drafted by the Celtics in the NBA, Scott elected to start his pro career in the ABA with players like Rick Barry, Julius Erving and Artis Gilmore. He was the league’s Rookie of the Year in 1971. He spent three seasons in the ABA, averaging 27.1, 33.4 and 34.6.

The Celtics finally acquired him in a trade in 1976 and he averaged 17.6 points a game as Boston won the NBA title.

In 717 professional games, he averaged 20.7 points and was a five-time All-Star. And, as in his time at Carolina, he was at his best when it counted the most, averaging 18.3 in 45 playoff games.

In 1976, Scott teamed with John Havlicek, Dave Cowens, Jo Jo White and Paul Silas to bring a 13th NBA title home to Boston. He scored 31 points in Game 6 as Boston closed out the Eastern Conference semifinals against McAdoo’s Buffalo Braves, then led all scorers with 25 points in the decisive Game 6 of the NBA Finals against the Suns.

That combination of college, Olympic and professional accomplishments, and the historic role he played in integrating college athletics in the South, have led to the Hall of Fame this weekend. To those who watched him play and have known him for 50 years, it is an honor long overdue.