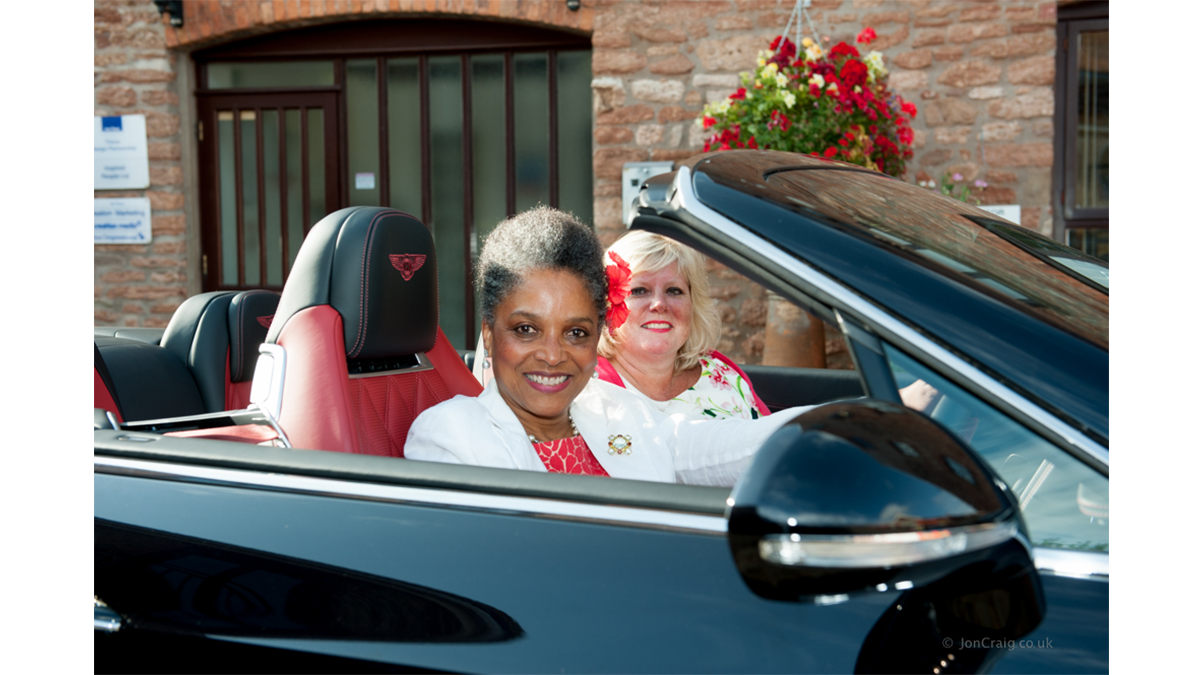 How does a person who studied biology at UNC-Chapel Hill get appointed lord-lieutenant of Bristol in England?

Just ask 1976 Carolina graduate Lois Patricia “Peaches” Hauser Golding, who began that position in April 2017. As lord-lieutenant, Golding is Queen Elizabeth II’s representative in the city and county of Bristol, where Golding lives.

Golding was born in Spartanburg, South Carolina, and raised in Winston-Salem, North Carolina. Her childhood was filled with many educational experiences and she developed a passion for science at an early age. That led her to Carolina, where she majored in biology and was a member of the cheerleading team.

The career that followed is as unpredictable and accomplished as it is intriguing. She worked in biology labs at the University of Ibadan in Nigeria, did marketing for Cotswold Wildlife Park in Burford, Oxfordshire, served as a communications manager for aluminum manufacturers, hosted a wildlife television program and founded a marketing business. From there, she began working for Prince Charles, developing more minority-owned business in the British supply chain.

In 2009, Golding was appointed an Officer of the Order of the British Empire by Queen Elizabeth II, and in 2010 the queen asked her to serve a one-year appointment as the first black High Sheriff in England, representing the city and county of Bristol.

In a 2016 interview with the College of Arts & Sciences magazine, Golding credited her experience at Carolina for the skills she used to develop her diverse career.

“As I approach 40 years since my graduation, I see that my career path was totally unpredictable and all the more enjoyable as I was stretched, molded, squeezed and burnished along the way,” Golding said. “The grounding that Carolina gave me has enabled me to transcend barriers and expectations.”