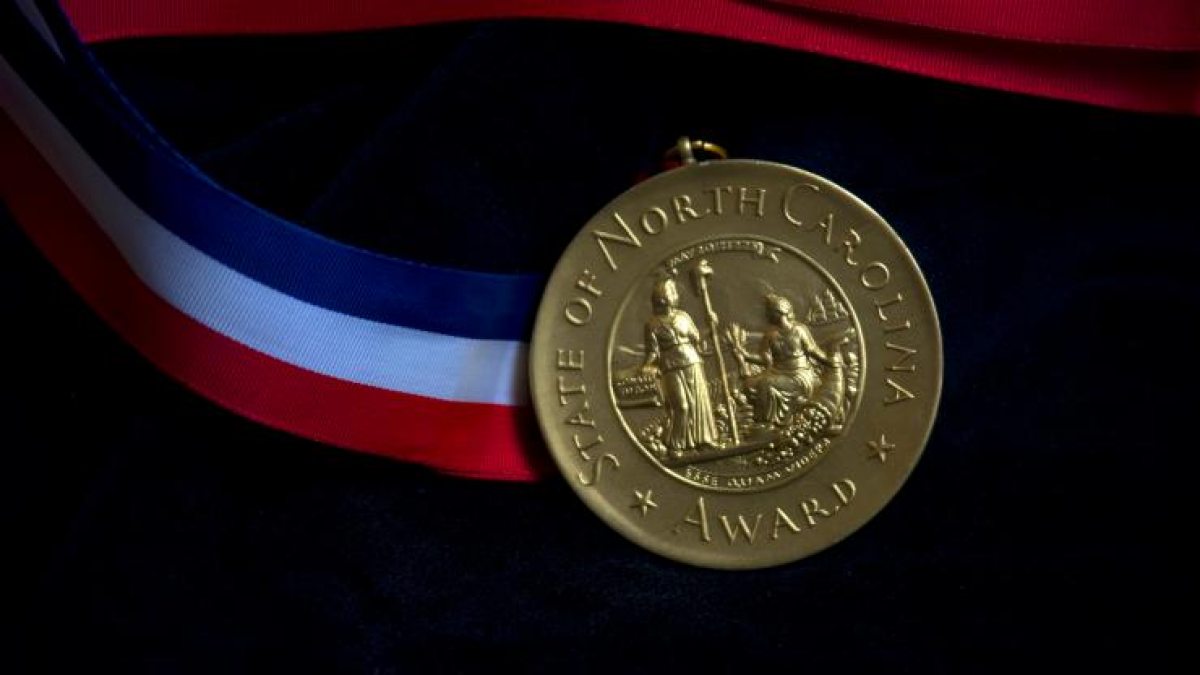 William L. Roper and Michael A. McFee are among the six people who will receive North Carolina’s highest civilian honor.

Governor Roy Cooper will present the awards Nov. 16 at the Raleigh Convention Center. The award was created by the General Assembly in 1961 to recognize significant contributions to the state and the nation in fields of fine arts, literature, public service and science.

“It is an honor to pay tribute to these outstanding individuals who have made North Carolina better by their extraordinary involvement in this state,” said Susi H. Hamilton, secretary of the N.C. Department of Natural and Cultural Resources. “Each of them has enriched the lives of North Carolinians through their lasting achievements in the arts and public service.”

Roper was recognized for offering groundbreaking approaches and responsive programs during a period of rapid change and complex demands in the medical field. Under his leadership, Carolina has seen an expansion of UNC Health Care to serve rural and urban communities, while promoting programs to ensure medical students go on to practice in underserved communities across the state. His innovative approach to medical education and expanding access to affordable care led to his recognition as one of the 100 Most Influential People in Healthcare by “Modern Healthcare.”

McFee is the author of 16 books and has published 11 volumes of poetry and two essay collections. He is also the editor of several anthologies of North Carolina literature. His celebrated works include “Vanishing Acts” and “We Were Once Here.” McFee is a devoted teacher, mentor and dedicated champion of the literary culture of North Carolina. He has been at Carolina since 1990 and his honors include a National Endowment for the Arts Fellowship in Poetry and the Thomas Wolfe Memorial Literary Award.