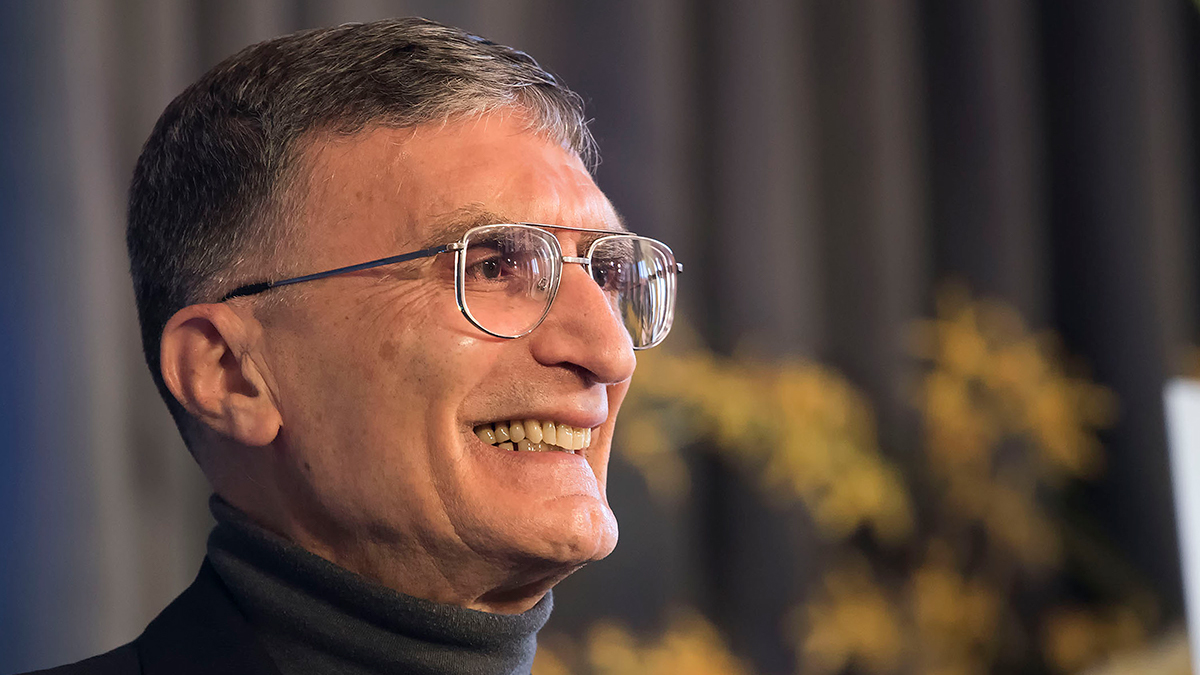 Dr. Aziz Sancar is recognized around the world as a brilliant scientist, but his early passion was far removed from a laboratory.

“To be honest, my main goal in life was to play soccer for the Turkish National Team,” Sancar said in 2015. “But I was about four inches too short to play goalkeeper.”

The Sarah Graham Kenan Professor of Biochemistry and Biophysics in the School of Medicine never did play for the national team. Instead, he pursued a medical degree in his home country of Turkey, a Ph.D. in the United States and joined the faculty at Carolina in 1982.

In 2015, he won a Nobel Prize in Chemistry for his work mapping the cellular mechanisms that underlie DNA repair, which occurs every single minute of the day due to environmental factors, such as ultraviolet radiation and cigarette smoke.

During a press conference on campus, Sancar acknowledged the students and colleagues who collaborated with him over the years, including his wife, Gwen, who he met in graduate school and had worked with him for 15 years after they both came to Carolina in 1982.

“I am very grateful to all of you and to the University of North Carolina,” Sancar said.

Sancar’s ties to Turkey remain strong. Sancar donated his original Nobel medal to the country. Since 2007, the Sancars have run the nonprofit Carolina Turk Evi (Turkish Center) that hosts Turkish students and scholars and promotes understanding between Turks and the United States.

In August 2018, the couple broke ground in Chapel Hill on the Sancar Turkish Cultural and Community Center that will include a community hall with classrooms and offices and a scholars’ guesthouse. The Sancars donated proceeds from the Nobel Prize, about $333,000, for the project.