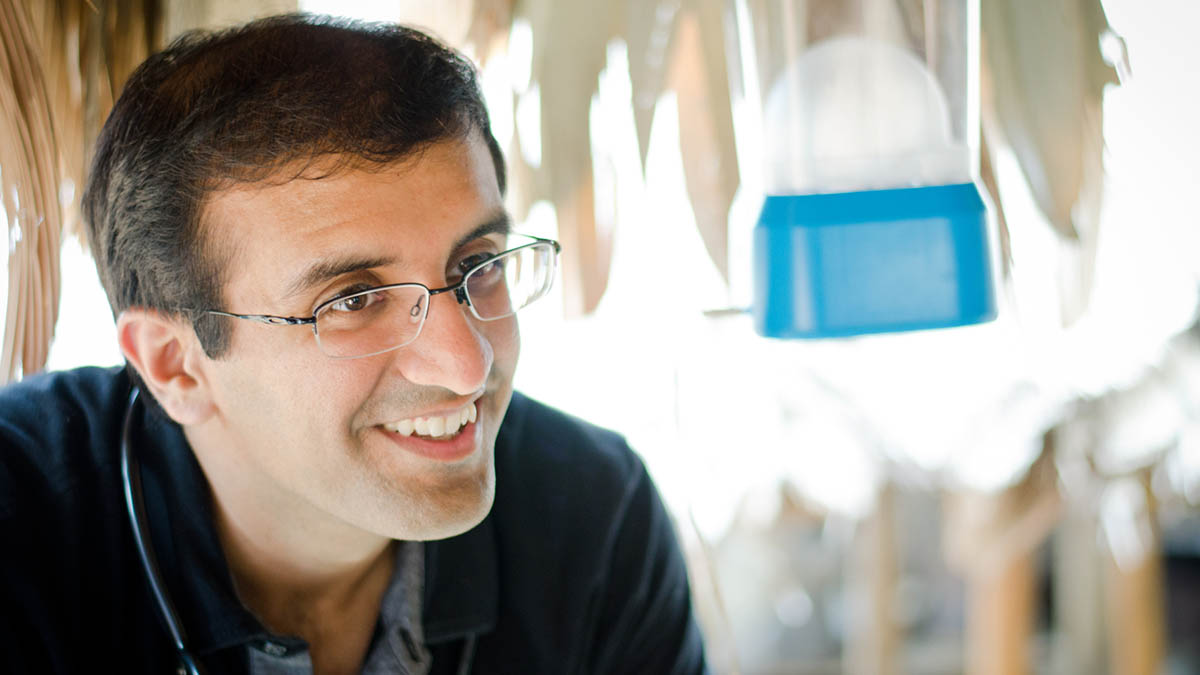 As civil war erupted in his home country of Liberia, Raj Panjabi climbed onto a rescue cargo plane with his family and fled the destruction that would claim hundreds of thousands of lives. He was just nine years old.

Years later, when Panjabi enrolled in the UNC School of Medicine, he did so with the intent of one day returning to Liberia to bring healing to his first home.

As Liberia slowly recovered from years of violence and political instability, Panjabi saw a way he could contribute. With his medical school training from Carolina, he could work with others to train community members to become health workers in remote parts of Liberia’s rainforest to treat the common ailments of their neighbors that, without proper treatment, often result in death.

As soon as he graduated in 2007, Panjabi and his wife Amisha Raja, who graduated from Carolina in 2002, started Last Mile Health, an organization dedicated to saving lives in the world’s most remote communities. Its goal is ensure a health worker is within reach for everyone, everywhere by equipping community members to provide care to their neighbors in remote communities.

“Raj thinks nothing of going to these places where no one else has gone except the people who live there,” said Brendan Cullen, Managing Director of Co-Impact. “He shows up in one of those villages and says, ‘How can we help?’ His courage is off the charts.”

Panjabi credits Carolina for giving him the courage to take a risk — a risk that has paid off, resulting in more than 3,000 community health workers and clinical supervisors who are now trained to provide life-saving care to people in need, as well as a growing global focus for the organization.

“We would not have had the boldness to take on Last Mile Health had it not been for the experience and opportunities UNC offered me,” he said.