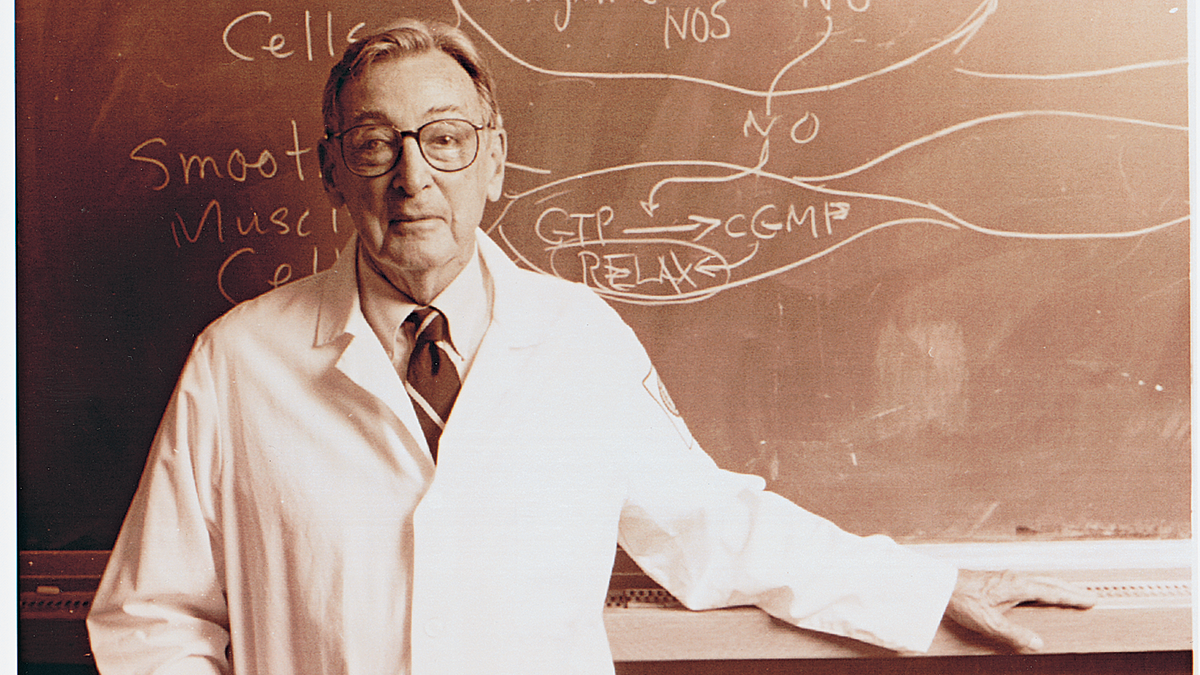 In 1998, Robert Furchgott became the first Carolina alumnus or faculty member to win a Nobel Prize. He shared the prize in the physiology or medicine category for the discovery of how the natural production of nitric oxide works in the body.

Furchgott was born in 1916 in South Carolina and lived a life dedicated to science and research. As a young boy, he was fascinated by nature and often attended nature-study classes. By the time he entered high school, Furchgott discovered his passion for chemistry and decided to become a scientist.

He attended the University of South Carolina his first year of college, but when his family moved to Goldsboro, North Carolina, he transferred to UNC-Chapel Hill. Here, he worked as a lab assistant who researched the physical chemistry of solutions of cellulose. He graduated with a chemistry degree In 1937, and then went on to earn his Ph.D. in biochemistry from Northwestern University in 1940.

Over the next several decades, Furchgott conducted research at several universities including Cornell University Medical College, Washington University School of Medicine and the State University of New York in Brooklyn, where he was a distinguished professor of pharmacology. He retired from his professorship in 1989, the same year he received an honorary doctor of science degree from Carolina.

On Oct. 12, 1998, Furchgott received a 5:30 a.m. phone call with news that he had won the Nobel Prize in Physiology or Medicine alongside Louis J. Ignarro and Ferid Murad.

“My work is sort of old-fashioned pharmacology,” he told the New York Times in 1998 after winning the Nobel Prize. “Is it the highlight of my career? I guess in a way, though you don’t do research to win prizes. You do it because you’re curious about what makes things tick.”

In 2005, the Robert F. Furchgott Society was established at SUNY Downstate Medical Center, which credits Furchgott’s discoveries with helping scientists understand and discover new treatments for cardiovascular disease and a host of other conditions.