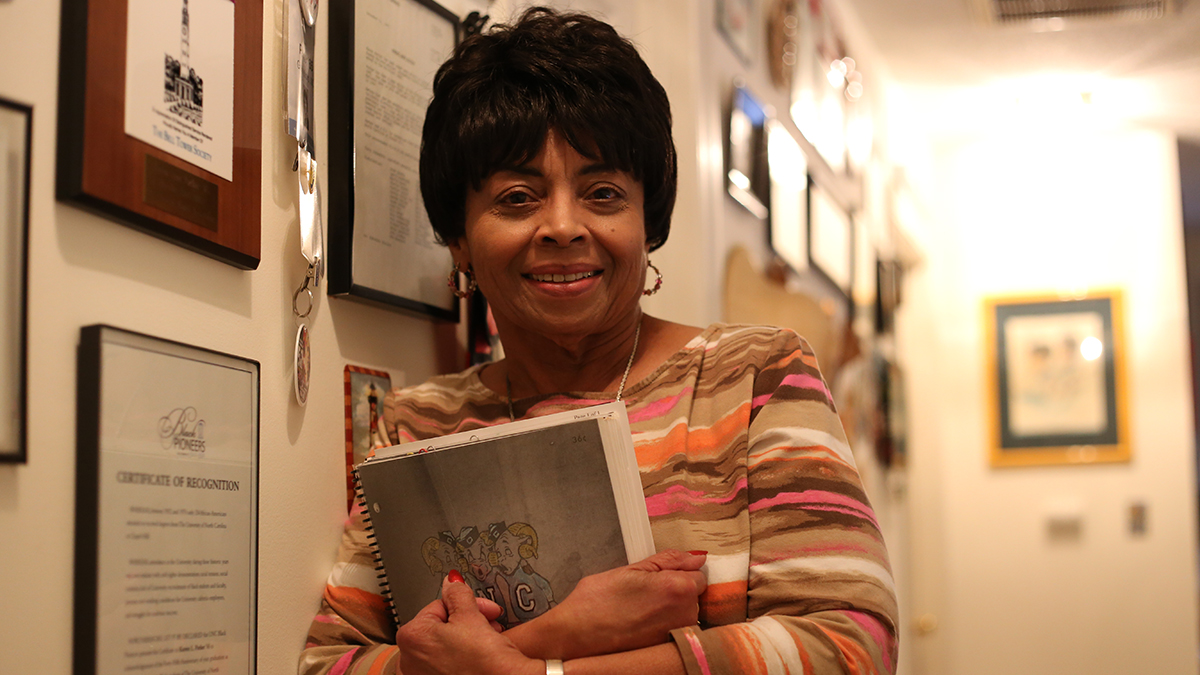 For Karen Parker, transferring to UNC-Chapel Hill opened up a “whole new world.” It also presented her with some of the same harsh realities she had experienced throughout her life.

Parker transferred to Carolina in 1963, becoming the first African-American undergraduate woman to enroll at Carolina. She earned a bachelor’s degree in journalism, and along the way to graduation, she fought for civil rights.

“I knew going in that it was going to be tough,” Parker recalled in a 2015 interview. “Our (high school) guidance counselors singled out some students who they believed could make it academically and were tough enough to survive in an unfriendly environment. And of course, we knew that was not going to be any fun. We knew we were going to meet the same kind of prejudices we saw every day of our lives.”

Parker was born in Salisbury, North Carolina, and grew up in Winston Salem. She studied at the UNC Women’s College in Greensboro (now UNC-Greensboro), which then, with the exception of nursing school, was a requirement for all female students before they could transfer to Carolina. After her first year there, she filled in for the Winston-Salem newspaper’s only black reporter, Luix Overbea, which kicked off her journalism career. Overbea recommended that Parker join the Winston-Salem Journal’s summer internship program and apply to Carolina’s journalism school.

She was determined to show other students she wasn’t inferior to them, also hoping to win some hearts and minds. She also continued to participate in civil rights activities, and was arrested and jailed twice. She participated in sit-ins, marches and protests.

As a student, Parker kept a diary of her experiences at Carolina, including descriptions of her arrests on campus. Parker donated the diary to the Southern Historical Collection of UNC Libraries in 2006.

After Parker graduated from Carolina in 1965, she became a copy editor with several major newspapers, including the Los Angeles Times for 15 years. She retired from the Winston-Salem Journal in 2010. Parker was inducted into the North Carolina Journalism Hall of Fame in 2012.

In 2016, the University announced it would name grants and fellowships to honor those who became important “firsts” in the University’s history. Parker is among those who have been honored.