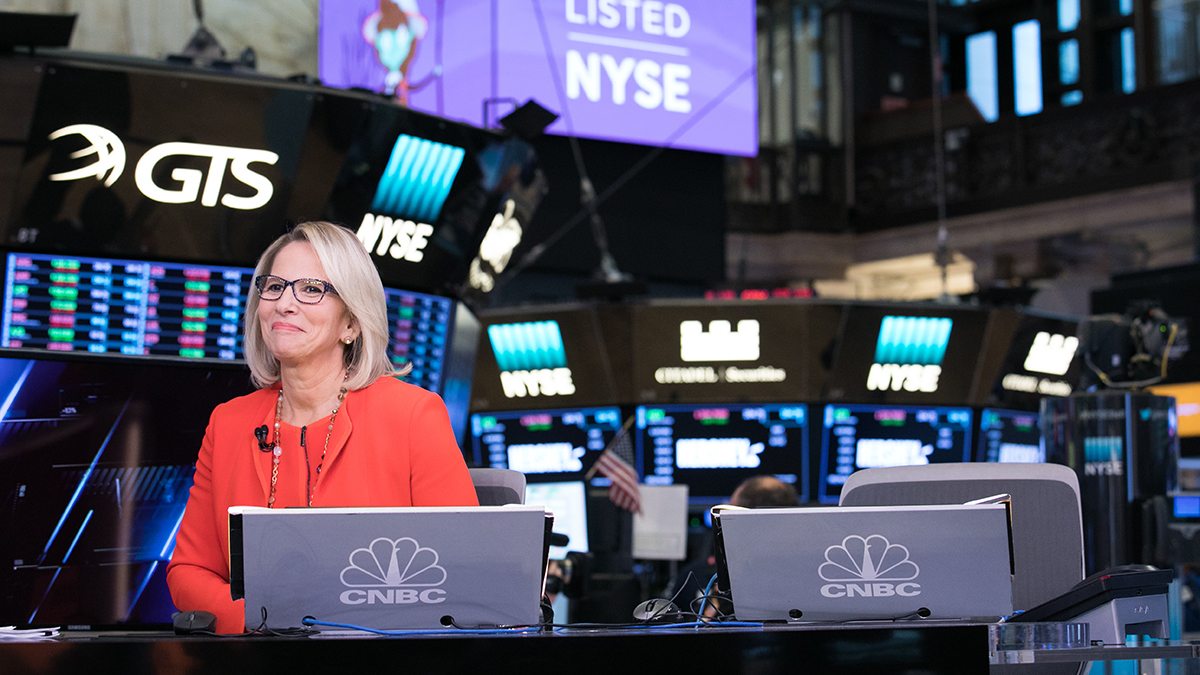 If you’ve had a Hershey’s Kiss, Reese’s Peanut Butter Cup or a Twizzlerin the past year, you have a Carolina graduate to thank. Michele Buck, who earned a master of business administration from Carolina’s Kenan-Flagler School of Business in 1987, became CEO of The Hershey Company in 2017.

Before becoming CEO of the company that delivers more than $7.5 billion in annual revenue, Buck paid her dues — first as a paper deliverer at age 10, then as a babysitter, a waitress, a saleswoman, a bank employee and a dedicated student at Carolina.

The career that followed is a foodie’s dream: she took on senior leadership roles at Kraft and in the Frito-Lay division of PepsiCo before becoming the highest-ranking employee at The Hershey Company.

In 2014, Buck returned to Carolina to talk to MBA students as part of Kenan-Flagler’s Leadership Day. She told the students that a big piece of leadership success is grounded in psychology and connectivity and that many styles of leadership have been successful.

“The key [to success] is being the best version of yourself as a leader,” Buck said. “Be the best you.”