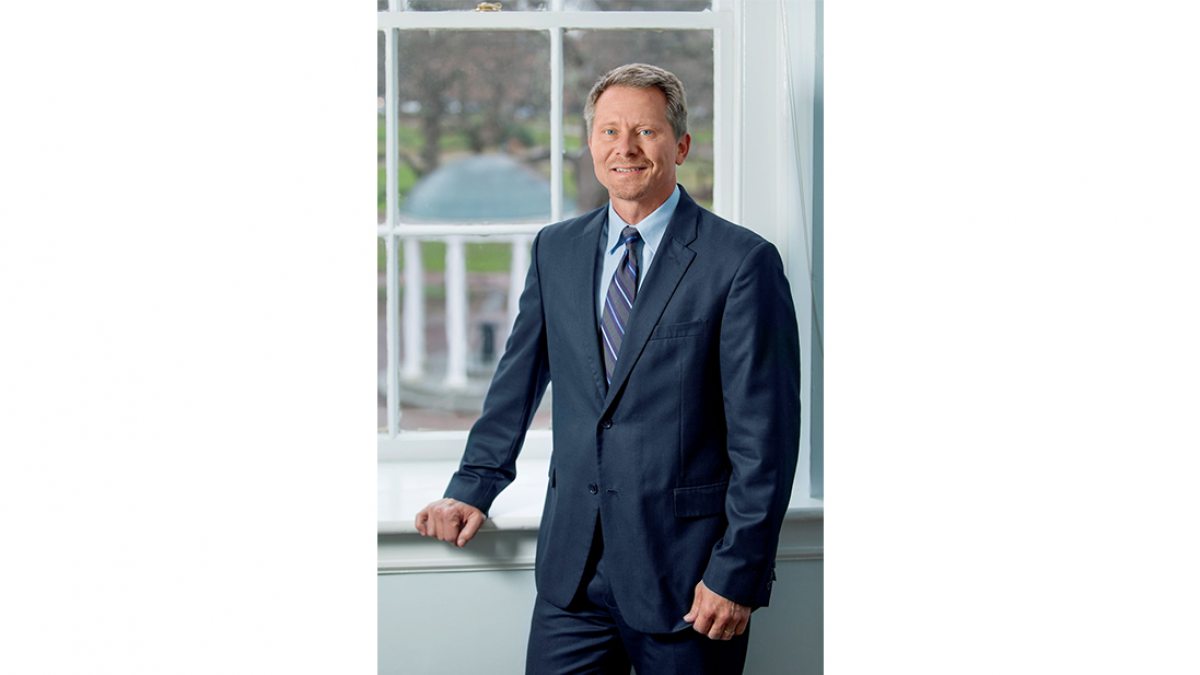 “After widespread and helpful input, I strongly believe Kevin is the best person to lead UNC-Chapel Hill,” said Interim President Roper. “Kevin is an outstanding researcher, innovator, and strategic thinker, and I look forward to working with him over the coming months, along with the strong leadership team at Carolina, including the UNC-Chapel Hill Board of Trustees, the UNC Board of Governors, the faculty, staff and students, and the entire Carolina community. Together, we will grow and strengthen all that Carolina does to serve the state, region, and world.”

In appointing Guskiewicz to this role, Roper said he was looking for someone who was ready to serve as an active leader, a person who was well known, and who knows Carolina well. He sought someone who can chart a course for Carolina and someone who has gained the trust and support of the community.

“It is an honor to be asked to lead the nation’s first public university into the next chapter of its storied history. When I became dean, I pledged to be ‘strategic, bold and student-focused,’ and those imperatives will continue to guide me in this role. I am excited and energized by the possibility and promise of the things the Carolina community can accomplish together.”

Dean of the College of Arts & Sciences since January 2016, Guskiewicz oversaw the largest academic unit at UNC-Chapel Hill with more than 17,000 undergraduate students, 2,400 graduate students, and more than 70 academic departments, curricula, programs, centers and institutes.

“The trustees are very excited about the choice of Kevin Guskiewicz as our interim chancellor,” said Haywood Cochrane, chair of the UNC-Chapel Hill Board of Trustees. “As a longtime faculty member, administrator and researcher, Dr. Guskiewicz is a rising star at Carolina. He brings a demonstrated strength in leadership, a keen understanding of our vital educational mission and strategic goals, and a deep love for our University to the role of interim chancellor.”

Over the past three years, Guskiewicz has prioritized interdisciplinary teaching and research, active learning techniques and experiential learning opportunities for students. He has also overseen the revamping of the General Education curriculum, the first significant overhaul more than a decade. Under Guskiewicz’s leadership, the College has raised more than $400 million, well over half of its goal of $750 million during the Campaign for Carolina, which runs until December 2022.

A neuroscientist and internationally recognized expert on sport-related concussions, Guskiewicz joined Carolina’s faculty in 1995. His research has influenced concussion guidelines and recommendations made by several organizations including the NCAA and the NFL.

In 2011, Guskiewicz was awarded a prestigious MacArthur Fellowship, often called a “genius grant,” for his innovative work on the diagnosis, treatment and prevention of sport-related concussions. In 2013, Time magazine named him a Game Changer, one of 18 “innovators and problem-solvers that are inspiring change in America.”

Guskiewicz is the Kenan Distinguished Professor of Exercise and Sport Science, founding co-director of the Matthew Gfeller Sport-Related Traumatic Brain Injury Research Center and director of the Center for the Study of Retired Athletes. He holds appointments in the department of orthopaedics, department of physical medicine and rehabilitation, the UNC Injury Prevention Research Center and doctoral program in human movement science.