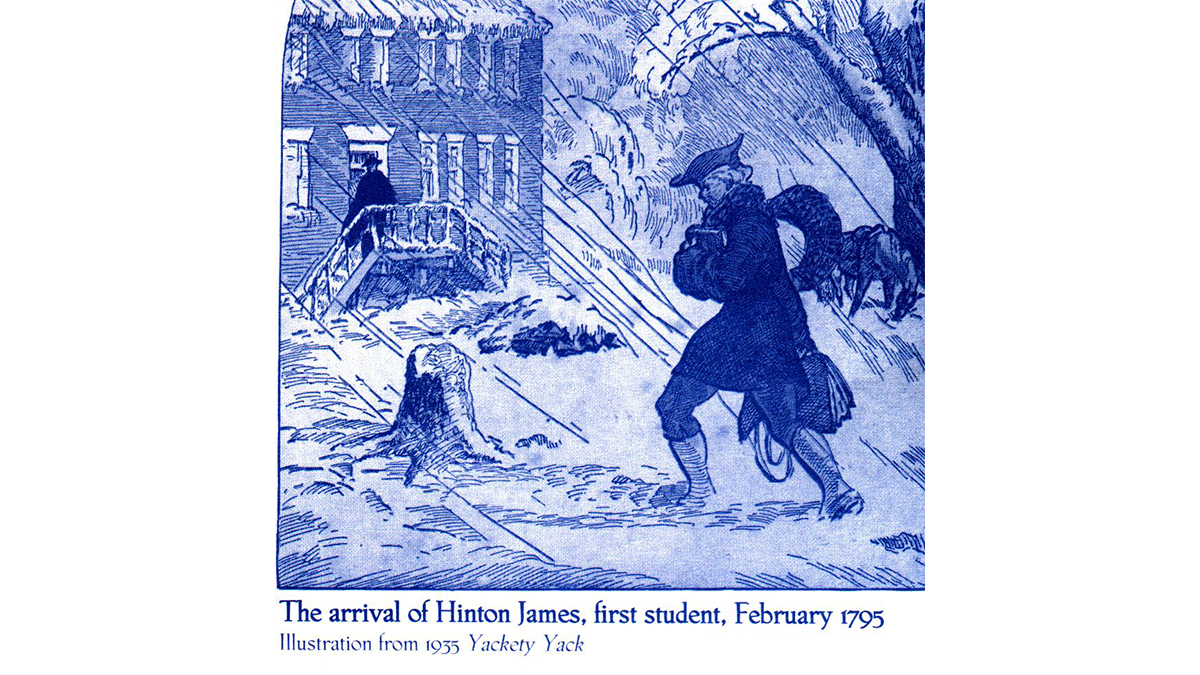 First-year students living in Hinton James Residence Hall are no strangers to long walks to campus. Neither was the namesake of that building, Hinton James, who — legend has it — walked from his home in Wilmington, North Carolina, to Chapel Hill in 1795 and became the first student to enroll at Carolina.

James arrived at Carolina on Feb. 12, 1795, almost a month after the University officially opened its doors on Jan. 15 of the same year. He remained the lone student on campus until two weeks later. By the end of the term, 40 students had joined him.

At Carolina, James founded the Dialectic Society, an organization that still exists on campus today. He joined six other students to become part of the University’s first graduating class in 1798.

After graduation, James pursued a career in engineering and served in the North Carolina General Assembly for three terms, beginning in 1807.

While there’s no definitive evidence that the legend of James walking to campus is true, that doesn’t stop the Carolina community from celebrating his legacy.

A group of Carolina alumni paid homage to James in 2008 by recreating his famous walk from Wilmington. Their journey lasted two weeks and ended at the Old Well.

Each year on Feb. 12, the General Alumni Association sponsors a “Hinton James Day” to honor James and other Carolina “firsts.” The day’s activities include breakfast at Hinton James Residence Hall and a themed dinner at Chase Dining Hall.