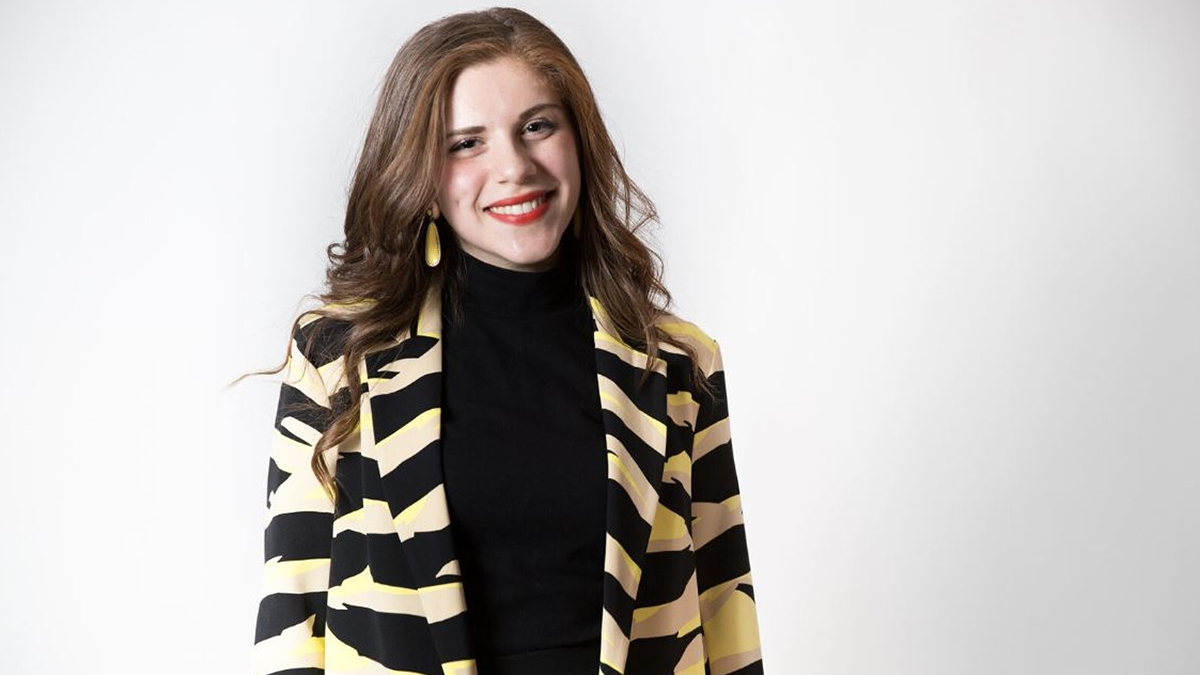 University of North Carolina at Chapel Hill alumna Sandy Alkoutami has been selected for the elite James C. Gaither Junior Fellows program run by the Carnegie Endowment for International Peace. She is UNC-Chapel Hill’s third recipient of this one-year award.

The Junior Fellows program provides substantive work experience at the Carnegie Endowment for students and recent graduates with career interests in international affairs.

Alkoutami, 22, graduated from UNC-Chapel Hill in May 2018 with a bachelor’s degree in public policy and economics and a minor in Islamic and Middle Eastern studies. She is the daughter of Ghassan and Rana Alkoutami of Hickory.

“Sandy is a perfect example of the next generation of innovative researchers and problem solvers who will make an impact on a global scale,” said Interim Chancellor Kevin M. Guskiewicz. “Being selected as a James C. Gaither Junior Fellow by the Carnegie Endowment for International Peace is an incredible opportunity for Sandy to advance her research as she works alongside the endowment’s senior associates in the Middle East Program. I believe the work experience she gains, and the lifelong contacts she makes, will help advance critical international peace initiatives that will make a lasting and positive impact on our world.”

Alkoutami is one of only 11 fellows selected for the prestigious Junior Fellows program. She will work full time at the Carnegie Endowment in Washington, D.C., as a paid research assistant to the endowment’s senior associates in the Middle East Program.

“I am beyond thrilled to work with scholars in the Middle East Program and contribute to research on a region so deeply important to me,” Alkoutami said. “I could not have achieved this accomplishment without the endless support from UNC-Chapel Hill. My studies and experiences while a student at UNC-Chapel Hill have led me to pursue critical issues facing the Middle East. I can’t wait to continue this work as a Junior Fellow.”

At Carolina, Alkoutami was a Morehead-Cain Scholarship recipient and Phi Beta Kappa inductee. She graduated with highest distinction and was awarded honors for her public policy senior thesis “Understanding Insurgent Behaviors: The Effect of External Support on Insurgent Violence in Civil Conflicts.” During her time at UNC-Chapel Hill, she served as a student foreign service intern for the U.S. Department of State and the Embassy of Lebanon, a legislative intern with the House Judiciary Committee and a student federal service intern at the State Department’s Global Engagement Center. Since graduating, Alkoutami has been serving as an English teaching assistant at the Islamic Educational College in Amman, Jordan, while interning with the refugee resettlement agency Questscope under a J. William Fulbright Scholarship.

Professor Inger Brodey, director of the Office of Distinguished Scholarships, said, “We feel confident that Sandy has a bright future in Middle East relations. A Syrian-American, Sandy brings language skills, cultural understanding, on-the-ground experience, keen analytic ability and many other traits to the study of this important region of the world.”

The Carnegie Endowment for International Peace, one of the world’s leading think tanks specializing in international affairs, conducts programs of research, discussion, publication and education in international relations and U.S. foreign policy. Each year the endowment offers approximately 10 to 15 one-year fellowships to uniquely qualified graduating seniors and individuals who have graduated during the past academic year. The program was recently named in honor of Jim Gaither, the former chairman of the Board of Trustees for the Carnegie Endowment. Junior Fellows receive a monthly salary equivalent to $38,000 annually and a generous benefits package.