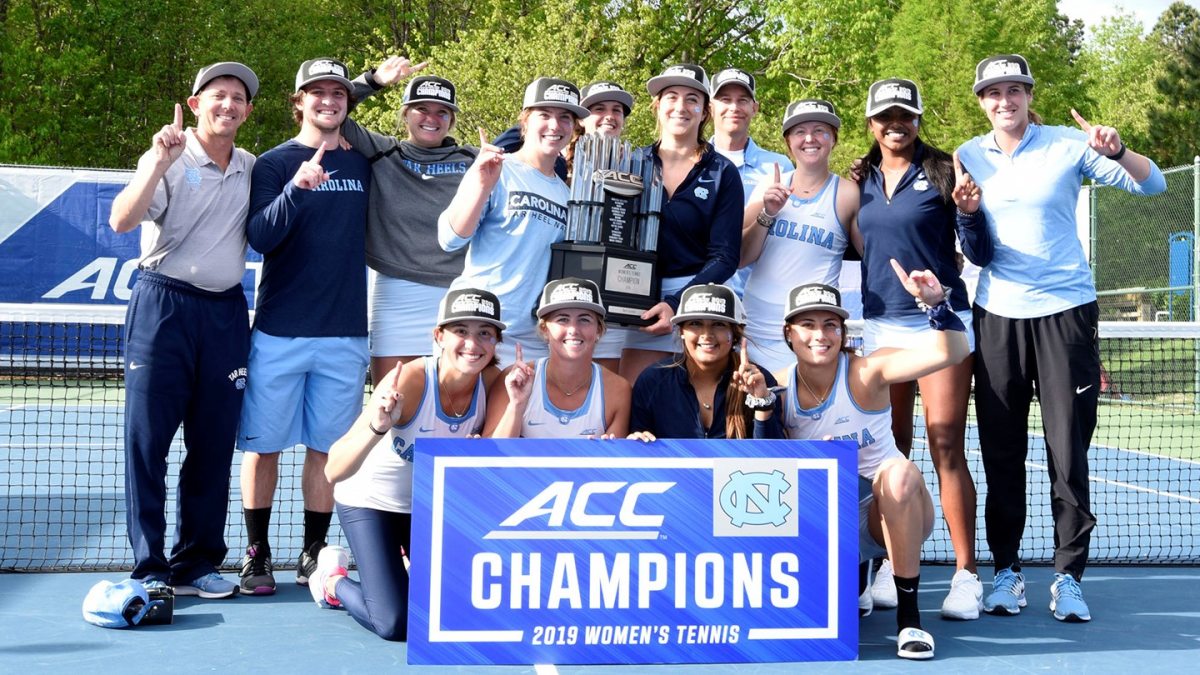 North Carolina would not be denied in winning its fourth-consecutive Atlantic Coast Conference Women’s Tennis Championship on Sunday from Cary Tennis Park.

Freshman Cameron Morra, the only player in the lineup that had not previously won a league title, clinched the 4-2 victory for the Tar Heels’ 10th championship in program history. Morra overcame a steep deficit in giving away the first set but rallied for the victory to earn Most Valuable Player honors of the tournament.

Seventh-ranked Jessie Aney and Alexa Graham set an early tone in the match for the Tar Heels by posting a 6-3 win on court one. Not long after Sara Daavettila and Alle Sanford closed out doubles action with a 6-3 win on court three.

Sanford continued her fine late-season form with a convincing win on court six over freshman Margaryta Bilokin, 6-3, 6-2. Bilokin entered Sunday fourth in the conference with 20 dual wins this spring.

The final point proved to be the most difficult for the Heels. Duke’s No. 27 Kelly Chen closed out No. 14 Sara Daavettila on court three to once again cut into the Carolina lead at 3-2.

The NCAA selection show takes place on Monday, April 29. The Tar Heels are expected to host a regional on May 4-5 at Cone-Kenfield Tennis Center.