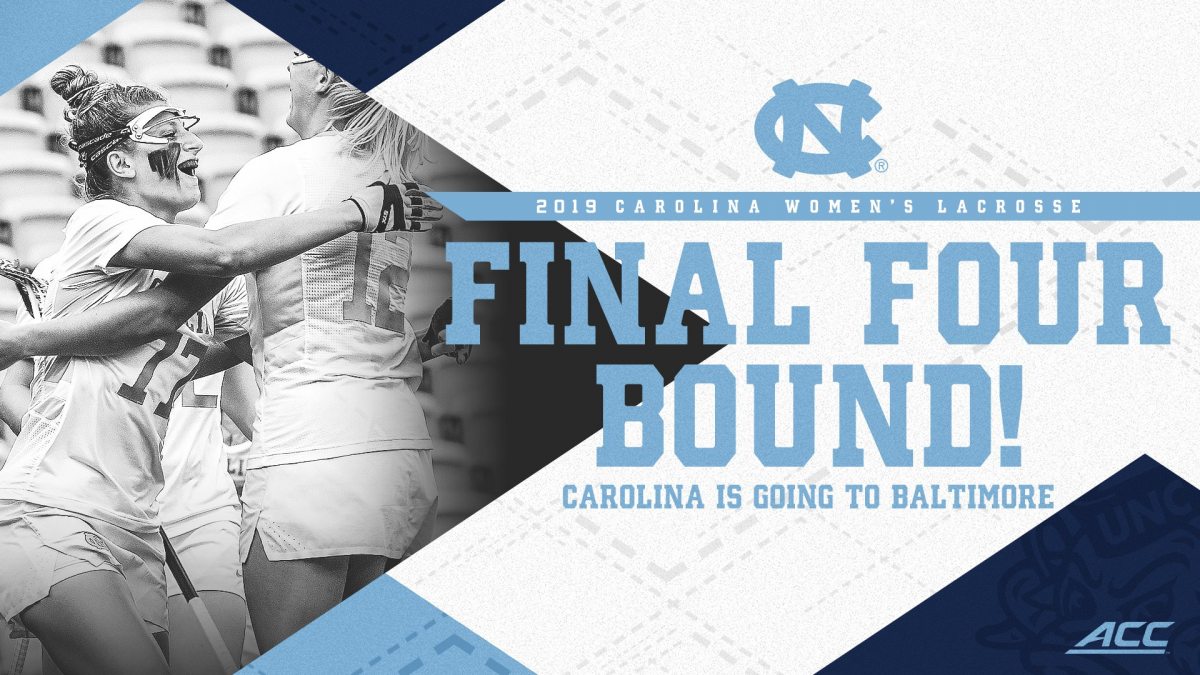 Third-seeded North Carolina went on an 11-0 run after trailing in the early going and beat No. 6 seed Virginia, 14-7, in an NCAA Tournament quarterfinal game on a hot Saturday at UNC Lacrosse Soccer Stadium.

The Tar Heels held Virginia scoreless for a span of over 35 minutes to build a 12-3 lead, then held on while the Cavaliers scored four late goals in the second half.

With its eighth consecutive win, Carolina (17-3) advances to next Friday’s NCAA semifinal game against Boston College. Carolina will be making its eighth appearance in the NCAA Final Four in the last 11 years.

Jamie Ortega and Katie Hoeg led the way for the Tar Heels, with Ortega collecting three goals and two assists and Hoeg reaching the 100-point plateau this season with four assists.  Olivia Ferrucci also had a goal and four assists, while Gianna Bowe added three goals and five draw controls.

Scottie Rose Growney tallied a hat trick for Carolina, which also got two goals from Elizabeth Hillman and one apiece from Kara Klages and Ida Farinholt.

Tar Heel Taylor Moreno (15-3) picked up the victory in the cage for Carolina, making 12 saves. Virginia’s Charlie Campbell (13-7) also played well and made 12 saves of her own in taking the loss.