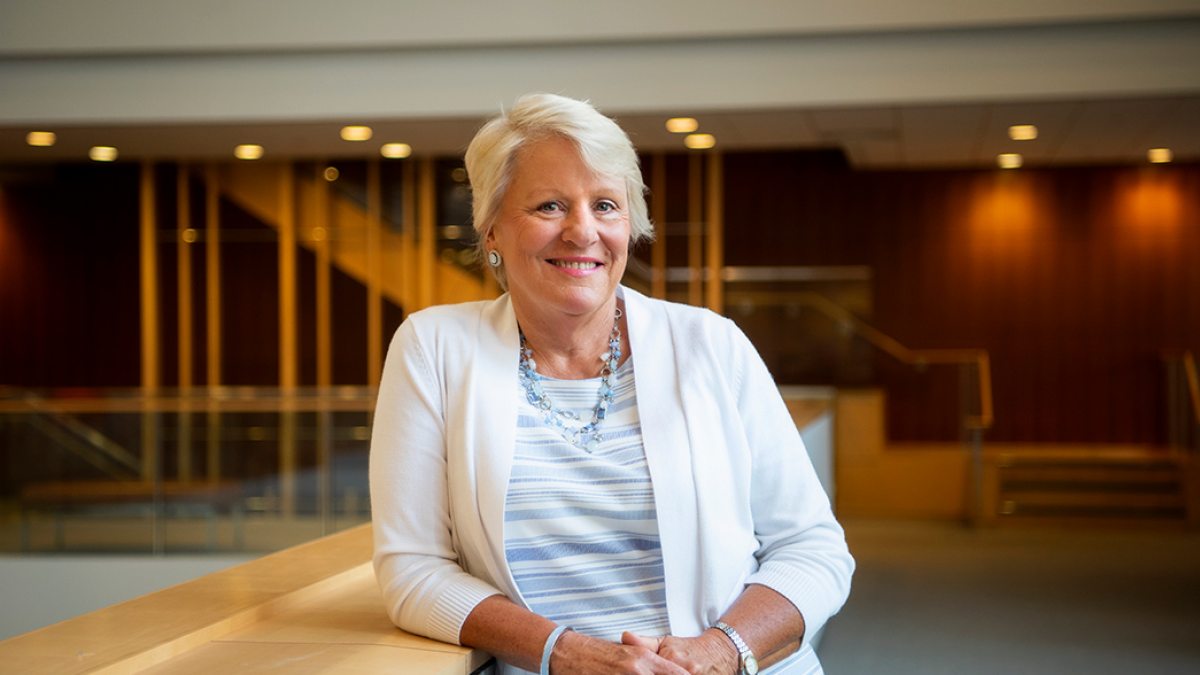 Barbara J. Stephenson, Carolina’s first vice provost for global affairs and a former U.S. ambassador, wholeheartedly believes in the mission of a public university to prepare students to be citizens of the world. After all, a public university is where she began a lifetime of diplomatic service.

Having grown up in Wildwood, Florida, a rural crossroads “where the turnpike ends,” and earned her associate degree at the local community college, Stephenson had seen only a sliver of the world when she transferred to the University of Florida. But the high school valedictorian quickly took advantage of study abroad programs in Colombia, Greece and Austria.

“Public education allowed me to take baby steps,” said Stephenson, who started her position Sept. 3. “There were rungs on the ladder that made it possible for a kid like me to get a foothold.”

In her comparative politics class, her exam answers so impressed the professor that he took her aside to ask if she’d ever considered the Foreign Service. She hadn’t, but soon she looked into taking the test for the federal job. She joined the diplomatic corps the day after she defended her dissertation.

Stephenson wanted to be assigned to South Africa, where the apartheid government was beginning to crack. Instead, her first posting was as the drugs and human rights officer in Panama. What she feared would be a lackluster assignment was an intense experience, with Manuel Noriega in control of the government.

“It was an amazing career start,” she recalled.

The position not only offered her a return to the U.S. South but also appealed to her commitment to public education and public service. The University’s Global Guarantee initiative — a promise that all Carolina students receive a substantive combination of global knowledge, experiences and skills — sealed the deal.

“This is one of the most inspiring missions that I can imagine,” Stephenson said.

She will spend her first days on the job meeting with people who have been instrumental in developing and leading Carolina’s global engagement: pan-university partnerships with leading universities around the world, with work often conducted in collaboration with local organizations and governments; faculty conducting research on some of the most pressing issues of our time, from urban and rural development to global health; professional staff creating opportunities for students to study abroad and engage in area studies, conduct international research and pursue internships.

With so many opportunities already in place, Carolina is ready to take its global commitment to the next level and “enable every student who comes to Carolina to have available to them a meaningful global experience,” Stephenson said.

Because of her diplomatic experience, Stephenson values the personal impact of international travel. “It is transformational to wake up in a different country where things are done a different way,” she said. “I don’t know of anything that transforms you quite like that.”

In addition to seeing the value of semester abroad programs, Stephenson says that many other kinds of international experiences can be just as transformational: pursuing international internships, working with professors on global research, participating in public service abroad and so on.

With the internet making the world a smaller place, today’s digital generation is already increasingly globally aware, she said.

“In some ways, I’m counting on them to help lead us to where we’re trying to go. It is a globalized world. We’re creating the opportunities for them.”