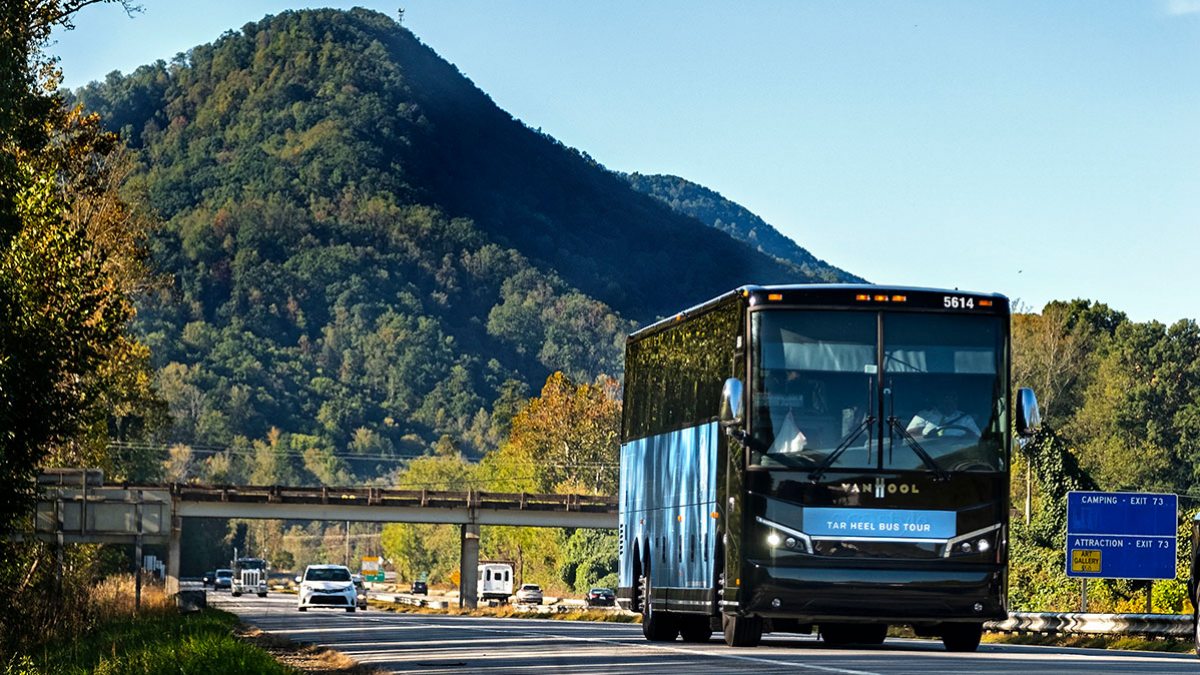 Day 3 of the Tar Heel Bus Tour began with three buses on the far western, eastern and southeastern parts of North Carolina and ended with the 90 faculty members and senior administrators coming back together in Chapel Hill.

By the end of the day, the three buses had traveled more than 1,600 miles across the state and made stops in nearly 30 towns and cities. 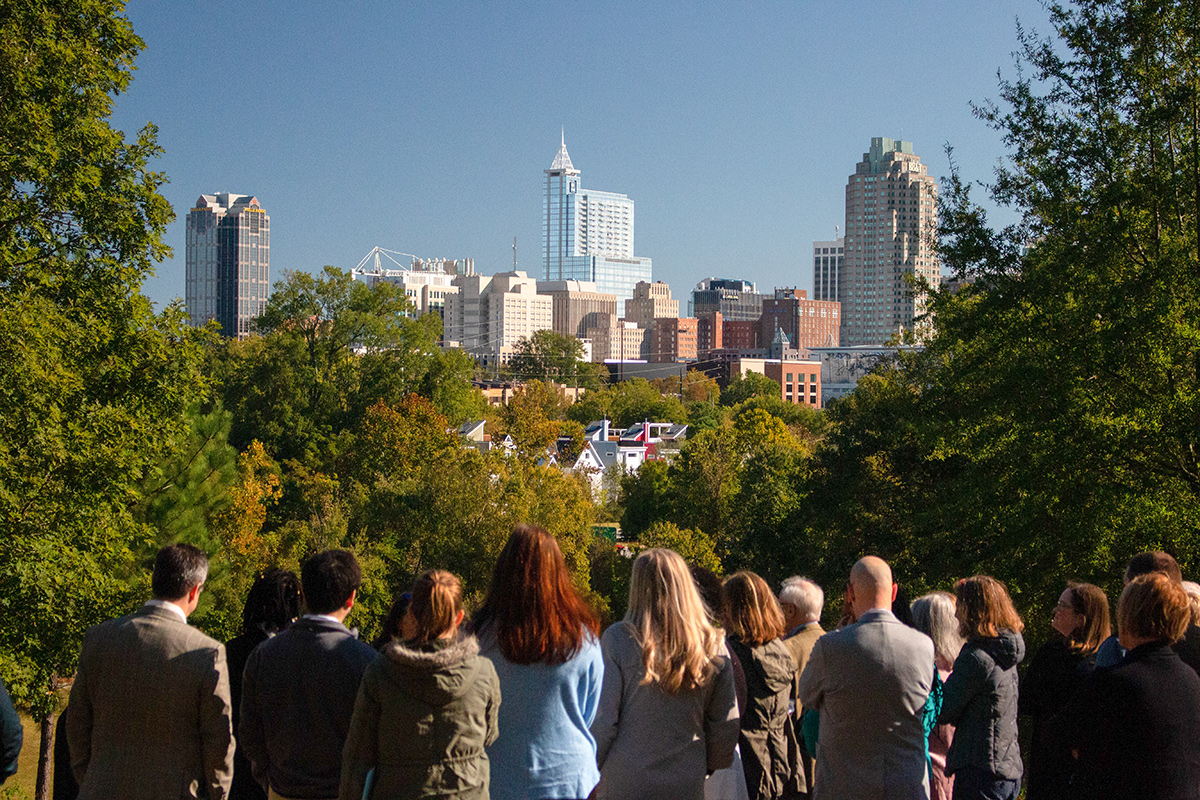 Heading in from the coast, the eastern route of the Tar Heel Bus Tour began its morning at Raleigh’s Dorothea Dix Park, where they learned about upcoming projects between the park and the University, including historic preservation, stream rehabilitation and housing. The group stopped at the Governor’s Mansion to meet Governor Roy Cooper and participate in a panel with state administrators before final stops at Durham’s Healing with CAARE and the Sunbrella Fabrics factory in Burlington. 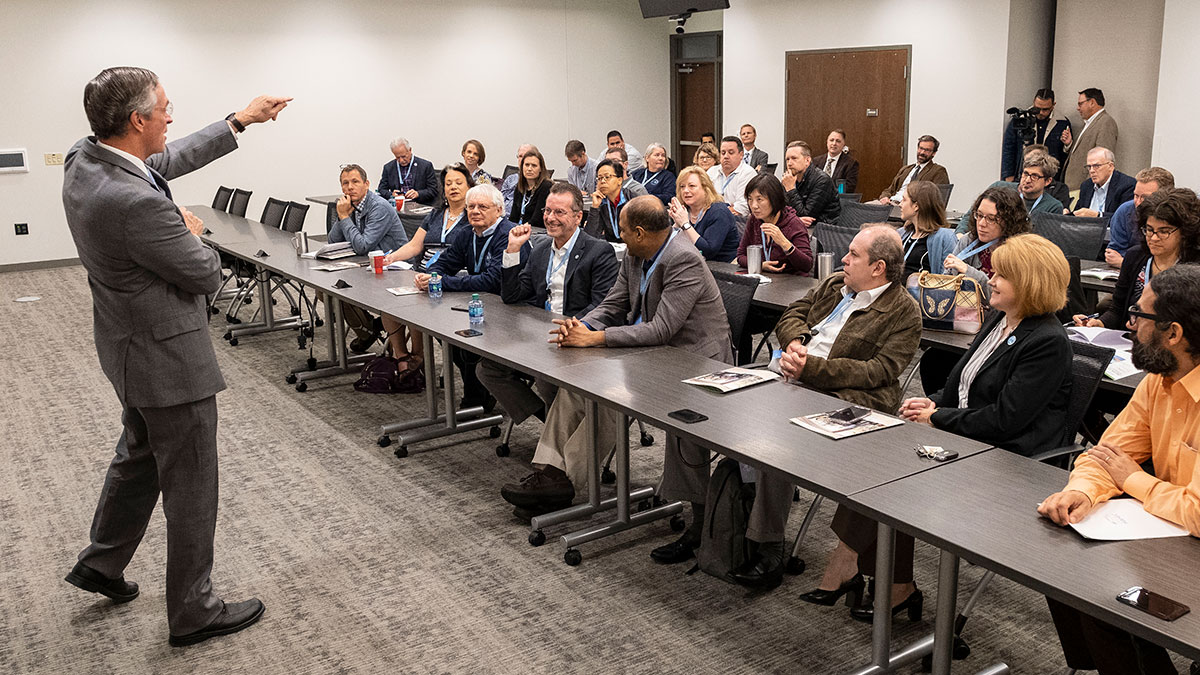 The tour’s western route began its trip back to Chapel Hill with a stop at the Mountain Area Health Education Center in Ashville where Carolina researchers, doctors and dentists discussed the University’s interdisciplinary collaboration at the center, which brings world-class health care in areas with too few providers to meet the needs of the population. After a stop in Wilkesboro to learn how the UNC School of Government is helping communities find solutions to opioid abuse, the bus made its final stop in Eden. There, the tour visited Morehead High School to meet members of the Carolina College Advising Corps and stopped by the UNC Rockingham Health Care facility for a briefing on the University’s rural health initiatives. 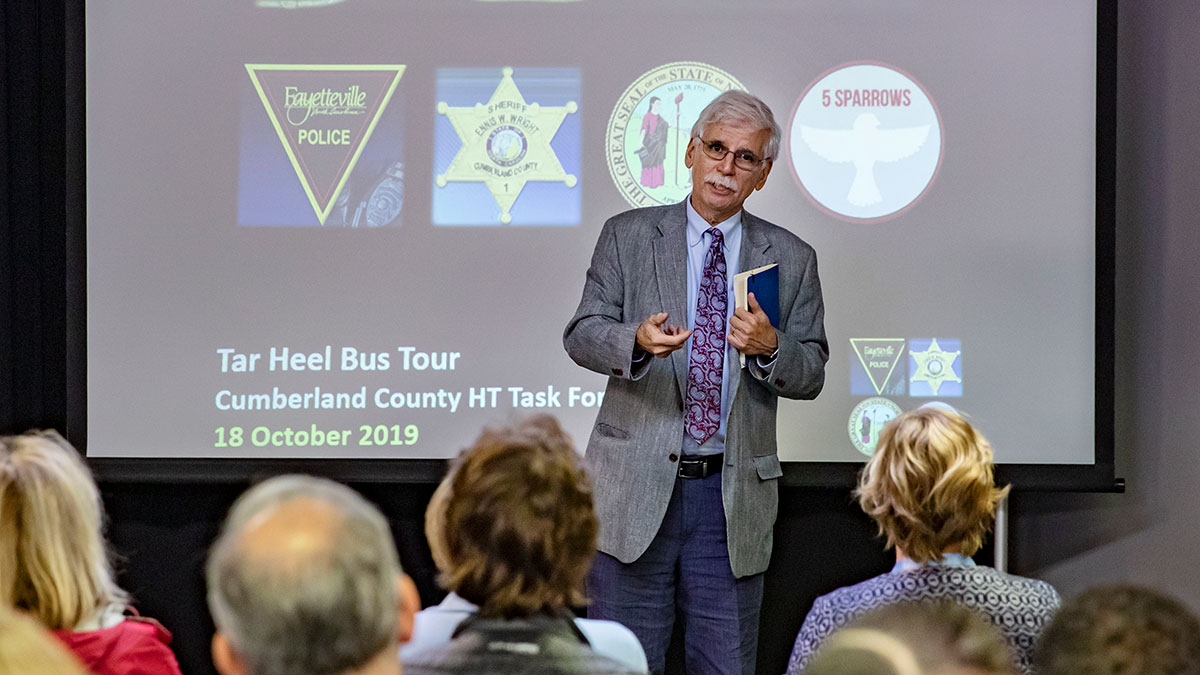 On the final leg of the southeastern route, the bus rolled through the gates of Fort Bragg for presentations on how Carolina is working with the state’s military population through legal services and medical care. Following the tour of the military installation, the Tar Heel Bus Tour participants visited Project No Rest — an interdisciplinary program that aims to raise awareness about sex trafficking and labor in North Carolina — to learn how UNC-Chapel Hill faculty members are partnering with Cumberland County to help victims. The bus’ final stop was at Greensboro’s International Civil Rights Museum to discuss the health disparities in the city.

Keep Reading Clean water for all