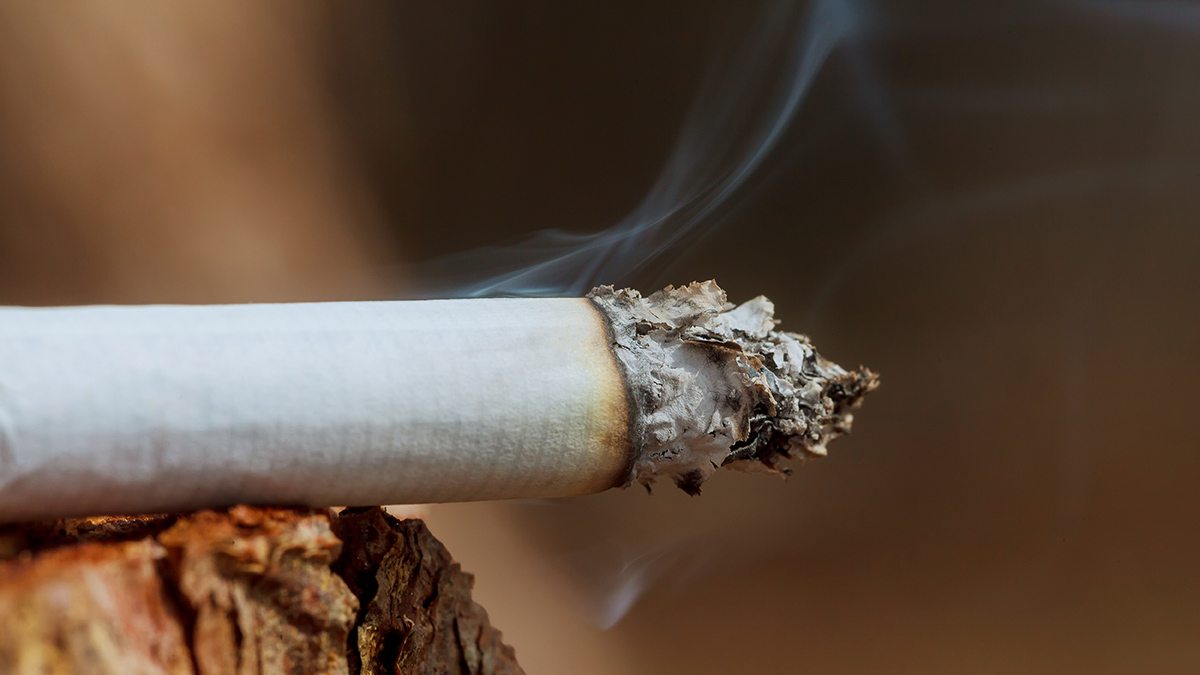 Since 1965, smoking in the United States has declined by 50%. But a team of student and faculty researchers from the Gillings School of Global Public Health at UNC-Chapel Hill has uncovered factors that show why this progress isn’t evenly distributed and how racial and ethnic minorities and low socioeconomic groups still suffer health disparities in tobacco control.

The team’s findings earned it a spot in the final round of the global Map the System competition hosted by Oxford University, where the Carolina students and faculty placed third in the world among 3,500 teams from other top academic institutions.

With such a prominent platform in the competition, the student-led team was able to give voice on a global stage to a public health problem that still disproportionally plagues minorities, largely due to complex structural and systemic factors.

“We examined smoking inequities while considering underlying structures and mental models,” said Paige Logan, a recently public health graduate student who worked as part of the health equity and tobacco control team and served as a lead presenter during the competition’s final round. “We determined that an imbalance of resources and power, as well as discrimination and marginalization, contribute to these disparities.”

This past week, the Carolina team – whose presentation is called “Using Systems Science to Advance Health Equity in Tobacco Control” – capped a successful run by placing high in the finals of the Map the System competition, which Oxford University’s Saïd School of Business hosts as a way to challenge students to use systems thinking to understand complex social or environmental challenges.

Although Oxford University has held the competition for five years, this is the first year UNC-Chapel Hill was involved. At Carolina, 40 teams registered to participate, and the top five teams on campus competed in April to represent the University at the global finals. The public health team won the top spot at UNC-Chapel Hill and then moved on to compete against 31 teams in a global semi-final. The team then placed in the top six and moved to the final round, ultimately securing its third-place finish and winning £2,000, which converts to roughly $2,500 in U.S. currency.

“We are extremely proud of the students and faculty on our Mapping the System team who not only emerged from a very strong set of contenders at UNC-Chapel Hill to represent the University on an international stage but more importantly, brought to light factors involved in an important problem that has a disproportionate effect on minorities,” said Melissa Carrier, the director of Innovate Carolina’s Office of Social Innovation, who worked to bring the competition to the University for the first time. “This competition is an excellent way for students and faculty to use problem mapping and systems thinking to uncover new and often surprising insights about pressing social issues. By doing so, we can identify opportunities to think and act differently to make critical changes in how we approach public health, the environment, social justice and other areas of global concern.”

UNC-Chapel Hill’s Map the System campus competition is supported by the UNC-Chapel Hill Office of Social Innovation and Carolina Honors. It is open to all Carolina students and asks participants to create systems maps about problems they have a passion for solving. Members of this year’s winning team include the following students and faculty from the Gillings School of Global Public Health:

“One example we considered is smoke-free public housing,” said O’Leary, citing a 2018 policy change issued by the U.S. Department of Housing and Urban Development that required all U.S. public housing units to go smoke-free.

O’Leary noted that while the policy had some success with residents self-reporting higher quit rates, half of the residents violated the policy, which in turn, creates increased pressure and uncertainty regarding their housing status. “Housing instability is increased with residents who violate this policy, and this increases financial strain and stress and reduces feelings of control,” O’Leary said. “So, this policy has the unintended consequence of increasing smoking and leaving low-income residents at further risk of housing instability.”

The team’s work involved creating a new systems map that identifies root causes of smoking or disparity factors, explained Logan. “This new map can demonstrate, for example, how low-wage work is related to insurance coverage, which precedes access to cessation services,” she said. “Other factors we identified include marginalization, discrimination and social capital, which may not be considered with using traditional approaches.”

O’Leary noted that, through the process, the team learned that it is important to use an iterative process for refining systems maps that identify new relationships between variables as well as new stakeholders.

“By applying a systems science approach and a health equity lens to our problem, we found that disproportionally high smoking rates in priority populations are a product of traditional smoking risk factors as well as unequal power and resources,” she said. “Our updated conceptual model revealed that even policies designed to promote equity in tobacco control can have unintended consequences. The perspectives of a broader range of stakeholders is needed to ensure equitable outcomes.”

O’Leary also sees the competition as an avenue that students can use to extend insights they learn in the classroom and enhance their research.

“Personally, I have particularly enjoyed my coursework related to systems thinking while at Gillings, and I plan to use systems mapping methods in my dissertation. I was initially interested in participating in Map the System to gain hands-on experience using the systems thinking tools I had learned in the classroom,” said O’Leary. “Through my experience competing and interacting with the judges and other teams, I took away much more – such as how to visually convey information about these types of complex issues to diverse audiences – that will be incredibly helpful as I begin my dissertation.”

While finalist teams normally travel to Oxford University for an in-person final round, the COVID-19 pandemic changed the format. Fortunately, O’Leary and team found that this year’s online structure still allowed students, researchers and other leaders to convene around important topics and prove that they are primed to collaborate on solving problems at a global scale.

“With this year’s competition being virtual amid the COVID-19 pandemic, it was really encouraging to see students and leaders within public health still finding effective ways to come together to share ideas and think critically about systemic issues,” she said. “These types of conversations and collective action at the global level are especially critical now and will be needed to address the pandemic.”