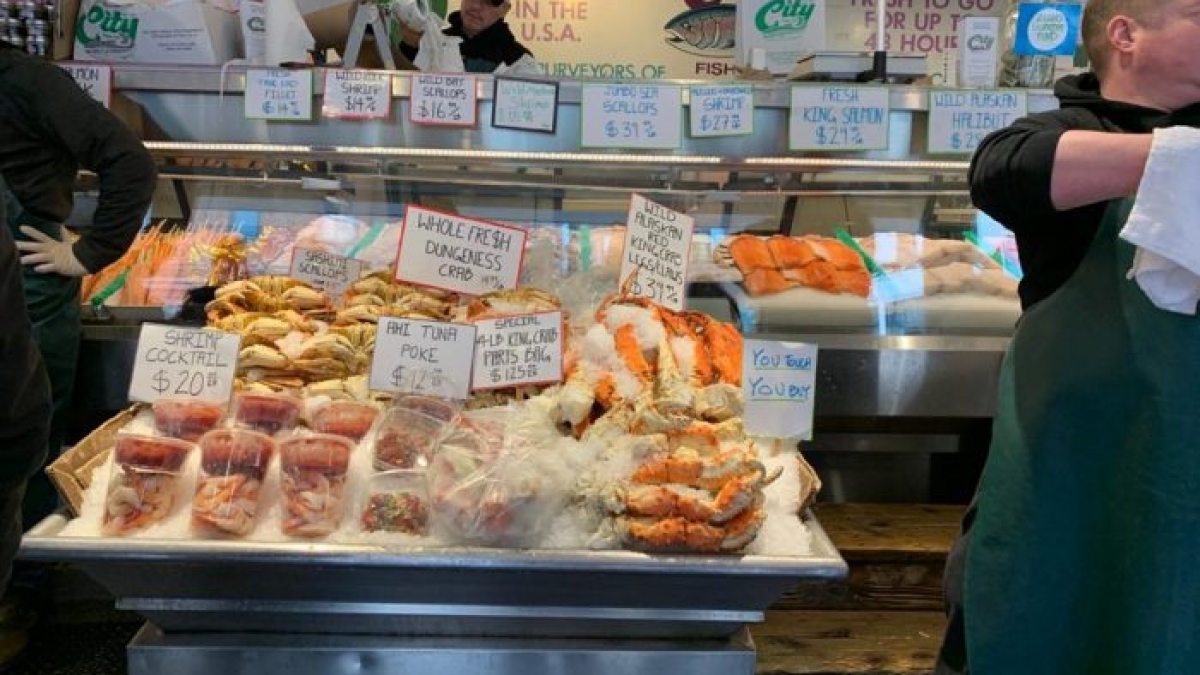 Two recent student-led papers based on research in the undergraduate “Seafood Forensics” class at UNC-Chapel Hill show that seafood mislabeling in North Carolina is a big problem. Mislabeling allows cheaper or illegally caught seafood species to be marketed as species that are recognizable to consumers.

In a paper published in the journal PLOS ONE, researchers show that 34% of 106 shrimp sold as local by 60 vendors across North Carolina was mislabeled. One-third of shrimp marketed as local was actually whiteleg shrimp, an imported and globally farmed species native to the eastern Pacific.

Similar research in the journal PeerJ, focused on red snapper, one of the most frequently mislabeled seafood species. Out of 52 samples analyzed from restaurants, markets and grocery stores across North Carolina, 90% were mislabeled, with restaurants mislabeling 100 percent of the time.

Scientists say this can have negative impacts on the local fisheries industry and even create health risks for consumers.

John Bruno, a marine ecologist and professor in the department of biology in the College of Arts & Sciences who co-teaches the class, and Morgan Korzik, a biology major and first author on the PLOS ONE paper, recently discussed the findings.

Professor Bruno, tell us about some of the surprises in the research findings. Did you find a big difference, for instance in coastal versus inland counties in terms of seafood mislabeling?

Surprisingly no! Coastal vendors were just as likely to mislabel their shrimp as markets in central North Carolina. And more generally, I was really surprised that a third of the shrimp sold as “local, fresh” was imported, likely farmed and presumably frozen.

Morgan, can you briefly explain how you used DNA barcoding technology to analyze the samples you collected?

With DNA analysis now being a primary component of solving criminal cases, there’s already standard DNA barcoding protocols to follow. You can apply these techniques to virtually any organism, and we just applied to them to seafood.

Essentially, we used detergent and buffer solutions to release material from inside the shrimp cells and separate out the DNA from other cellular debris. We amplified that DNA using PCR, choosing primers for a specific gene and multiplying a few DNA strands into millions so we could actually visualize a result (a good analogy is if you lose some craft beads in your room, it’s a lot easier to see a pile of beads than just one individual bead). After PCR, we ran the samples through gel electrophoresis to see if we were able to amplify our gene of choice. If the sample worked, we sent the sample off to a sequencing facility to turn our PCR product into a DNA chromatogram. The facility returned the chromatogram files to our lab, and we ran the files against a DNA database to determine the species identity for all of our samples.

Professor Bruno, how would you characterize the overall scope of seafood mislabeling in North Carolina? As consumers, why should we care?

It depends on the seafood product. Some species like swordfish and salmon are rarely mislabeled. What’s sold as red snapper is almost always another species — typically tilapia in sushi restaurants. There’s only a few places in the state where you can reliably purchase red snapper. And for many species, we haven’t adequately tested so we don’t really know.

It’s a problem for a number of reasons. First, its economic fraud. You are paying far more for a substituted product than it is actually worth. Second, for many of us there are health concerns — for example, if a person has an allergy to a shellfish or if they are trying to limit mercury in their diet because they are pregnant.

And of course there are all kinds of environmental concerns. Mislabeling can give consumers the sense that a species, like red snapper, is plentiful in the ocean. In reality, it’s extremely overfished and quite rare now in most locations. It’s also hard to make environmentally sustainable choices with the food we eat when we don’t actually know what we’re buying or where it’s coming from.

Morgan, “Seafood Forensics” is a type of class that goes by the acronym CURE, or Course-Related Undergraduate Research Experience. What was it like to carry out real experiments in this class?

“Seafood Forensics” is genuinely the best course I have taken at UNC. I learned a lot about teamwork and communication through working with my peers to settle on the same study goal, effectively track our results and present on our findings. Before this course, I wasn’t sure that I could be a successful researcher because I felt that the research environment at UNC was rather competitive, but gaining this hands-on experience really changed my mindset. I’m actually pursuing a career in the forensic sciences, and when I received an internship and an acceptance to my top graduate program, I was told that the real-world skills I learned in this course made me stand out as a candidate.

Professor Bruno, what are some of the next steps in terms of practical application of this research? Tell us about the certificate program you are developing.

Last fall our seafood forensics class developed a certification program for markets and restaurants that accurately label their seafood. We wanted to create a market incentive for accurate seafood labeling. Student teams visited participating vendors every week to sample all the seafood they had for sale. We then tested the identity of all the samples in the lab. We will soon be releasing information about where people in our community can go to reliably buy seafood without fear of mislabeling.