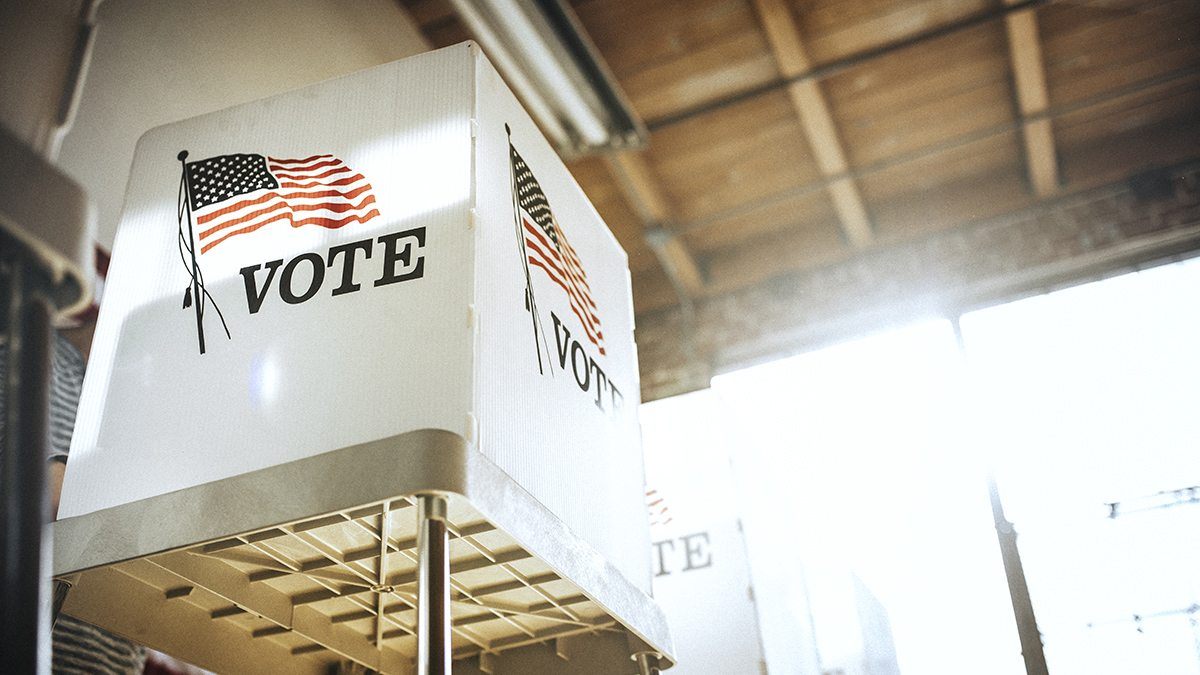 Earlier this month, a North Carolina Court of Appeals upheld two amendments to the North Carolina Constitution — one requiring photo identification to vote and another lowering the income tax cap — that voters passed in the 2018 election.

A Wake County Superior Court had previously struck down the amendments, siding with the North Carolina chapter of the NAACP, the nation’s oldest civil rights organization. The NAACP chapter argued that 2018’s legislative districts were racially gerrymandered — divided to intentionally to give Republicans an unfair advantage — and that representatives, therefore, should not have been able to propose amendments to the constitution.

With Election Day less than two months away, The Well talked with Rick Su, a professor at the UNC School of Law who studies state and local government, to make sense of the new ruling and how it impacts North Carolina voters.

Will voters be required to show a photo ID this election?

No. Last week’s Court of Appeals ruling has no effect on the 2020 election because the issue of a voter ID law is still pending with other ongoing litigation in state and federal courts — so it’s not going to impact this particular election. But, this decision to uphold the voter ID amendment to our North Carolina Constitution is another step toward moving the amendment forward.

Why were these two amendments contested?

The North Carolina NAACP’s case argued that our legislative districts were politically and racially gerrymandered in violation of the law, and that the legislature as it was comprised should not have been able to put amendments to the constitution on the ballot. They argued that the districts as they were drawn were illegitimate, so legislation that arose from representatives of these districts is illegitimate. The litigants saw these two amendments — for voter ID and an income tax cap — as laws that benefited those in the gerrymandered districts and negatively impacted other parts of the state. The judge who struck down the amendments agreed with that — that the districts did not actually represent the population, so these amendments, though voters passed them, shouldn’t stand.

This new Court of Appeals ruling upholding the amendments isn’t about the substance of the two amendments but more about the process we use to amend the constitution. The legal issue that comes into play is this: Is everything this legislature did null and void or just these constitutional ballot measures and not laws they enacted?

These districts were drawn in 2011. Theoretically, it would nullify any laws by that legislature. The Court of Appeals didn’t see a way to draw that line. Their ruling says the North Carolina General Assembly had the power to propose the amendments, and, as voters passed them, they’re legitimate amendments.

What are the arguments for and against requiring voter ID?

Arguments against requiring a photo ID to vote in North Carolina say this law suppresses and discourages voting from certain individuals, particularly those from rural and low-income areas, and it disproportionally impacts racial minorities. This is a longstanding issue that has been up and down in the courts for a while. Not everyone has a driver’s license. What kinds of photo ID would be acceptable, and how do we make sure everyone has that? Another issue is that the law could also create confusion, leaving voters to show up at the polls without ID, or without correct forms of ID, and be turned away because they aren’t in formal compliance with the law.

Those in favor of requiring a photo ID to vote say that we need these laws to address voter fraud. But, there’s really no evidence that voter fraud is rampant in North Carolina or anywhere in the country. Has anyone ever voted illegally? I’m sure they have. There have been several efforts through the years to prove that voter fraud is a rampant problem, and we haven’t seen that there’s evidence for this.

What issues are at play with the income tax cap?

The income tax cap amendment lowers the highest tax rate the state could enact from its current cap of 10% to a cap of 7%. The tax rate for individuals in North Carolina stands at 5.25%. So, it doesn’t actually change the current tax rate, just how high it could go, if lawmakers ever saw the need to increase it. My suspicion is the problem with this amendment is that it could significantly reduce the flexibility of the government. If they needed to raise income tax above the threshold of 7%, they would be restricted by the constitution, and they’d have to get another amendment on the ballot to change it. Opponents say this could have unintended consequences, tying the state’s hands should the state face a big emergency requiring an increase in income taxes.

Another issue is how the income tax cap might eventually affect the balance of taxes more generally. California adopted a very strict property tax cap in the 1970s through a ballot initiative. Everyone wanted lower taxes. But the property tax cap ended up leading to increases in the sales tax, income tax, fines and governmental fees. It also caused local communities to chase developments that produced sales taxes, which led to an overdevelopment of shopping malls and underdevelopment of housing. The income tax cap in North Carolina is not as strict as the property tax cap in California. But it might also have similar unintended and unanticipated effects down the line.

What happens now with these amendments?

The litigants have already said they’ll appeal this ruling to the North Carolina Supreme Court. This could go a few ways. On the one hand, this is a major decision, so the Supreme Court could prioritize it and hear it soon. On the other hand, for the Supreme Court to reverse the Court of Appeals and uphold the trial court decision would be a significant move, so they may be cautious and see how it plays out before engaging in it.