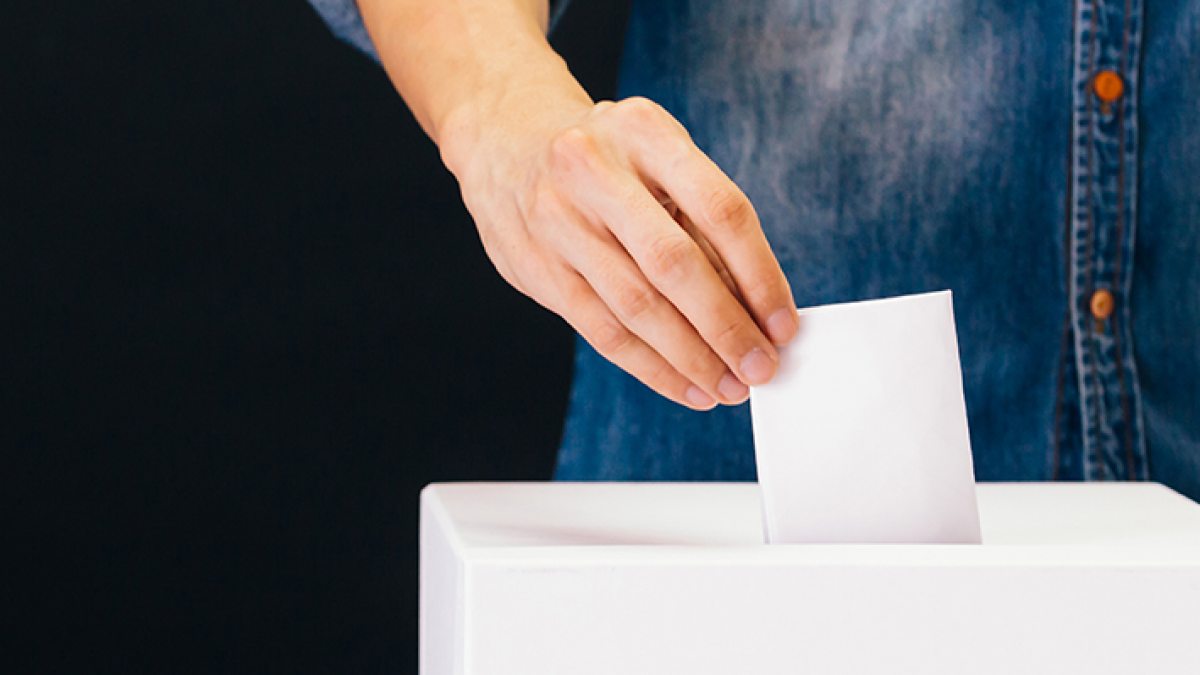 America has made big changes in election law since the ratification of the U.S. Constitution, most notably ensuring the right to vote for male citizens of any race with the 15th Amendment and for women citizens with the 19th Amendment.

But a couple of election traditions still persist today: the selection of the U.S. President by the Electoral College and holding elections on a Tuesday in November. The Well spoke with Sarah Treul, Bowman and Gordon Gray Term Professor of political science in the College of Arts & Sciences, to find out how these two practices came about and if they are still relevant today.

One reason is that the Founding Fathers really believed that “ordinary Americans” — and at this time, they were talking about white men who owned property, who were the only voters — would lack sufficient information to choose the best presidential candidate. Some would say the Founding Fathers thought this group didn’t have the intelligence for making these decisions. The Electoral College is about taking the power out of the hands of ordinary people and putting it in the hands of the elites — which the Founding Fathers were themselves. Another reason is the tradeoff of balancing what large states wanted and what smaller population states wanted.

How does the Electoral College work?

It’s made up of 538 electors who cast their ballots on the Monday after the second Wednesday in December. They’re the ones who are officially determining the next president and also the vice president. Every state automatically gets two electors, for the two Senate seats, and then you get the number of representatives that you have as well. The District of Columbia also gets three. Currently, 48 of the 50 states have a winner-take-all rule for electors — whichever candidate wins that state’s popular vote gets all its electoral votes. You need a majority to win, which is 270.

Who benefits from the Electoral College?

The advantage in the Electoral College goes to smaller population states and to swing states, especially ones with a substantial number of votes up for grabs — like North Carolina. We have a lot to say, and that means that the candidates pay attention to North Carolina. Our votes matter now in a way that they wouldn’t in a national popular vote.

What would it take to get rid of the Electoral College?

The primary way would be to have a Constitutional amendment. The amendment would not only have to abolish the Electoral College, but it would also have to provide an alternative. Currently, there’s nothing that says we have a right to elect our president. When you vote now, you are actually not voting for a presidential candidate. You are voting for an elector.

For a Constitutional amendment, you would need three-fourths of the states to ratify. And when you think of all the small states and swing states that certainly would not benefit from a national popular vote, that’s going to be a really hard threshold.

What is the National Popular Vote Interstate Compact and how would it affect the Electoral College?

The idea is that you get enough states, through their state legislatures and their governors, to sign this compact agreeing that all their electors would vote for the winner of the national popular vote, not just the vote in their state. It would take a majority of the electoral votes to make that happen. [Note: So far, 15 states and the District of Columbia have approved the compact — 196 of the 270 electoral votes needed to pass.]

Why do we vote on a Tuesday in November?

At first, the process for voting was incredibly chaotic. States were allowed to hold the election whenever they wanted. So back in 1845, Congress decided to streamline the process by picking a national election day. [Because so many citizens were farmers,] November became their default because it came right after harvest. They picked Tuesday because of the traveling time it took to go vote in this era. They didn’t want it to interfere with Sunday and going to church, so the weekend and Monday were out. With a Tuesday election, people could leave on Monday, get to their voting location on Tuesday and return on Wednesday.

Who benefits from Tuesday voting?

The people who find it easier to vote on a Tuesday are more educated, have a higher income and often are older. These are also indicators of who votes. Tuesday voting is a struggle for people who are punching in and out at a factory job or who have childcare concerns.

What would it take to change Tuesday voting?

Many democracies have elections on the weekend, or they make election day a holiday, and that does seem to help turnout. The more we can expand opportunities to vote, the better for democracy. But this is something that only Congress has the power to change. Absent of Congress doing this, many states have expanded early voting, vote by mail options and different ways to extend voting beyond just that Tuesday.

What day would you pick for Election Day?

I would make Election Day a holiday, and I would put it on a Wednesday so it wouldn’t become a long weekend for a barbecue or a trip to the beach. Then the holiday would really be about voting and civic participation and doing your duty as a citizen of the United States.