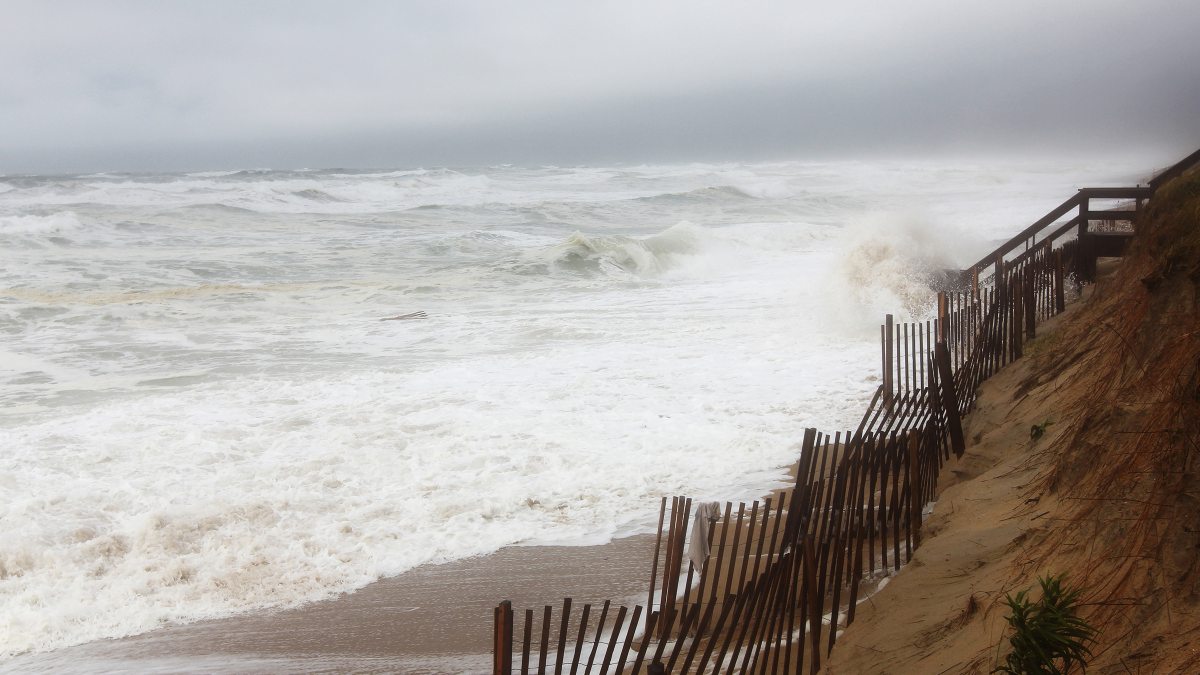 There’s still one month left of the 2020 hurricane season, and meteorologists are well into the Greek alphabet, with Hurricane Zeta making landfall as a Category 1 storm on Oct. 26 in the Yucatán Peninsula north of Tulum, Mexico. Zeta marks the 26th major storm for the year and the 10th to turn into a hurricane.

Natural hazards are no longer a research topic people take on because they care about them, according to Mike Piehler, director of the Institute for the Environment at the University of North Carolina at Chapel Hill. “At this point, people have to worry about them,” he said. “They are very real and pressing issues.”

That’s why Piehler, along with Carolina Population Center Director Elizabeth Frankenberg and Institute for Marine Science Director Rick Luettich, are leading a new project combining methods, insights, and data from the social sciences, natural sciences, geosciences and engineering to develop adaptation and mitigation strategies for future storms and flooding.

The project has received a $3.5 million grant from the National Science Foundation under its Growing Convergence Research program — which was founded in 2016 as part of NSF’s “Big Ideas” awards to fund interdisciplinary research that tackles a specific, compelling problem. This is Carolina’s first GCR award, and it’s one that aligns perfectly with Carolina’s recent implementation of the Institute for Convergent Science. First concepted in 2018, ICS fosters collaboration among researchers in the life, health and biomedical sciences to accelerate new knowledge.

The project is an expansion of DEEPP Hub, a pilot study that began with a $500,000 Creativity Hub award in 2019. Developed by Vice Chancellor for Research Terry Magnuson, the Creativity Hubs program encourages researchers from across Carolina’s campus to join forces to tackle some of the world’s trickiest challenges.

Led by Frankenberg, DEEPP Hub is comprised of experts from the social and environmental sciences, engineering, and public policy who are combining community survey data with satellite imaging and flood mapping to create a more comprehensive picture of the impact and recovery North Carolinians experience when hurricanes and floods strike.

“Elizabeth did a great job at finding this interdisciplinary group throughout campus and bringing everybody together around the idea of big storms being a huge challenge for the coast and for inland areas, and that the way to solve these problems is to think of them as coupled natural systems,” Piehler said. “You can’t separate the environment from the people or the people from the environment because they are inextricably linked.”

For 15 years, Frankenberg has studied the psychosocial impacts, like post-traumatic stress, of extreme weather events through the lens of the 2004 tsunami in Indonesia. She is working to translate this research to North Carolina.

“When you think about the North Carolina coast, one of the differences we’re trying to figure out how to take account of is the fact that these storms recur,” she says. “Tsunamis can reoccur, but it’s a very different mechanism. We know we’ll see hurricanes each year. The questions of preparation, mitigation, adaptation and recovery are different in an environment where there’s a recurrence of events.”

Frankenberg and her team understand that recovering from the impacts of hurricanes and flooding takes time — and this grant from the NSF will buy them some.

“What I think is important about the NSF funding is that it will fuel the project for, we hope, five years,” Frankenberg said. “This is confirmation that we’re on the right track. The Creativity Hub award was like taxiing down the runway, and the NSF grant is the lift to get off the ground. You need that fuel to really climb.”